“Atherosclerosis takes time to build up, but we do see it in young people,” Dr. Sadlo says. “In general, though, it’s usually more common in the 40s, 50s, 60s – the older you get, the higher the incidence is for coronary plaque.” He adds that men tend to get coronary artery disease at an earlier age than women, around 10 years prior, but that both sexes are susceptible to plaque buildup.

For over two decades, Sadlo worked as a cardiologist treating heart attacks and other sudden events. Now, he has shifted his practice to focus on preventing cardiac disease, which requires identifying at-risk patients at an earlier age and either stopping the progression of plaque buildup or keeping it from happening in the first place.

“Coronary disease is inflammation of the arteries,” Sadlo says. He explains that atherosclerosis begins with initial fatty deposits sticking to the arterial wall, and that over time more deposits gather and then harden into plaque, which causes inflammation, narrows the artery and ultimately obstructs blood flow. If the heart muscle stops receiving a constant supply of blood, it will die, Sadlo says.

Common early warning signs of coronary artery disease are chest pain and tightness and shortness of breath, but Sadlo cautions that some patients may have a plaque rupture leading to a blood clot and then heart attack when they only have 30 to 40 percent blockage, which typically does not cause any symptoms.

“If you do have symptoms, tell your primary care doctor right away,” Sadlo says. “They will decide if you need to see a cardiologist, but the sooner we get to someone with chest pain, for example, we may be able to avoid a bigger deal like a heart attack down the line.”

There are five main risk factors for coronary artery disease, Sadlo says: smoking, diabetes, hypertension, hyperlipidemia (high cholesterol), and genetics. Sadlo says that genetic predisposition can’t be controlled, but the other risk factors can be.

Sadlo says that about 70 percent of hyperlipidemia is actually related to genetic influences in liver metabolism as opposed to having a diet high in saturated fats. That’s why statin drugs have proved to be so effective, he explains, because they alter this metabolism and bring down LDL (low-density lipoprotein) cholesterol.

Among the four components of a patient’s lipid profile – total cholesterol, triglycerides, HDL (high-density lipoprotein) or so-called “good” cholesterol, and LDL cholesterol – Sadlo says that “the only one that’s ever been proven that, if modified, will reduce death, stroke, and heart attack is the LDL. Patients will come into my office and say, ‘Well, my HDL is high – that’s going to save my life.’ Well, not necessarily. HDL has kind of fallen out of favor.”

To get the test, a person lies on their back and slides into an X-ray machine, which takes imaging of the heart to identify calcium buildup in the heart’s arteries. The test is not yet covered by Medicare or private insurance, but Sadlo says it’s essential for patients who want to get a head start on knowing about their own coronary health in order to make lifestyle changes if necessary.

“A coronary calcium scan is a test that’s non-invasive, there’s no IV, there’s no injection,” Sadlo says. “Basically, the principle is, as plaque builds over time, because of the inflammation it will calcify. The more calcification builds up, the easier it is for us to see with a CAT scan… We know that there’s nothing else that causes calcium to be in the area of the coronary arteries than plaque.”

A person’s coronary calcium scan score, determined by a radiologist’s study of imaging and then a computer program, will be used to help them make preventive changes. These include diet, exercise, or medicines if needed, Sadlo says. A calcium scan score of 0 is normal, 1-10 indicates minimal plaque, 10-100 indicates mild plaque, 100-400 is moderate, and over 400 indicates advanced plaque buildup.

“The critical issue is when you have plaque, number one, you’re aware that you’ve already developed coronary disease, you know it’s a lifelong process and it’s going to increase, and you want to do everything in your power to slow it down,” Sadlo says. He adds that if a person receives a score over 400, he recommends getting a stress test even if the person is not experiencing any symptoms.

Sadlo says that the general recommendations for giving coronary calcium scans start at age 45 for men and age 50 for women. If a person has a family history of heart disease, the scans should begin earlier.

“The problem with giving a calcium scan at age 40 is, if people have plaque, sometimes its soft plaque, with nothing that shows up on imaging,” he says. “For that, you have to do your standard stress tests for symptomatic people.”

“Diet is critically important” to maintain coronary health, Sadlo says. He recommends viewers to access the American Heart Association’s website for their Healthy Heart Diet, which he also passes out to his patients in a brochure.

“Diet is hard,” he admits. “For some people it’s easier than others, some people have different metabolism, but we try to encourage everyone to follow more of a plant-based diet. That doesn’t mean you can’t treat yourself once in a while.”

Exercise is also important, Sadlo says. “The two-page brochure that I give out, the first page lists the American Heart Association’s guidelines for aerobic exercise to stay heart healthy. It’s 150 minutes per week of moderate intensity aerobics. That’s equivalent to not jogging or running, but to a brisk walk.”

Sadlo advises his patients who use a treadmill to try to walk at a pace that’s over three miles per hour. He has doubled his own aerobics regimen after his latest coronary calcium score gave a reading in the 200s, indicating moderate plaque buildup. By exercising more, he reduced his LDL level from 86 to 56.

“The government says LDL that’s less than 100 is acceptable, but if you have known disease we try to get it under 70, that’s the new goal,” he says. “Like the speed limit, patients can remember that.”

For patients who are less mobile, Sadlo recommends the program “Sit and Be Fit,” which airs on KET in the mornings, either at 6:30 a.m. or 7:30 a.m. ET. The program features flexibility and aerobic exercises suitable for seniors and those with physical limitations. “I’ve told plenty of my patients, if 7:30 is too early, record it and do it later in the day,” he says.

Lastly, Sadlo makes it his mission to try to help patients who are smokers quit the habit, since smoking is a very high – and preventable – risk factor for coronary artery disease. He tells them that he will prescribe nicotine replacement therapy whenever they are ready. “Smoking is devastating to the heart arteries – and to other arteries,” he says. 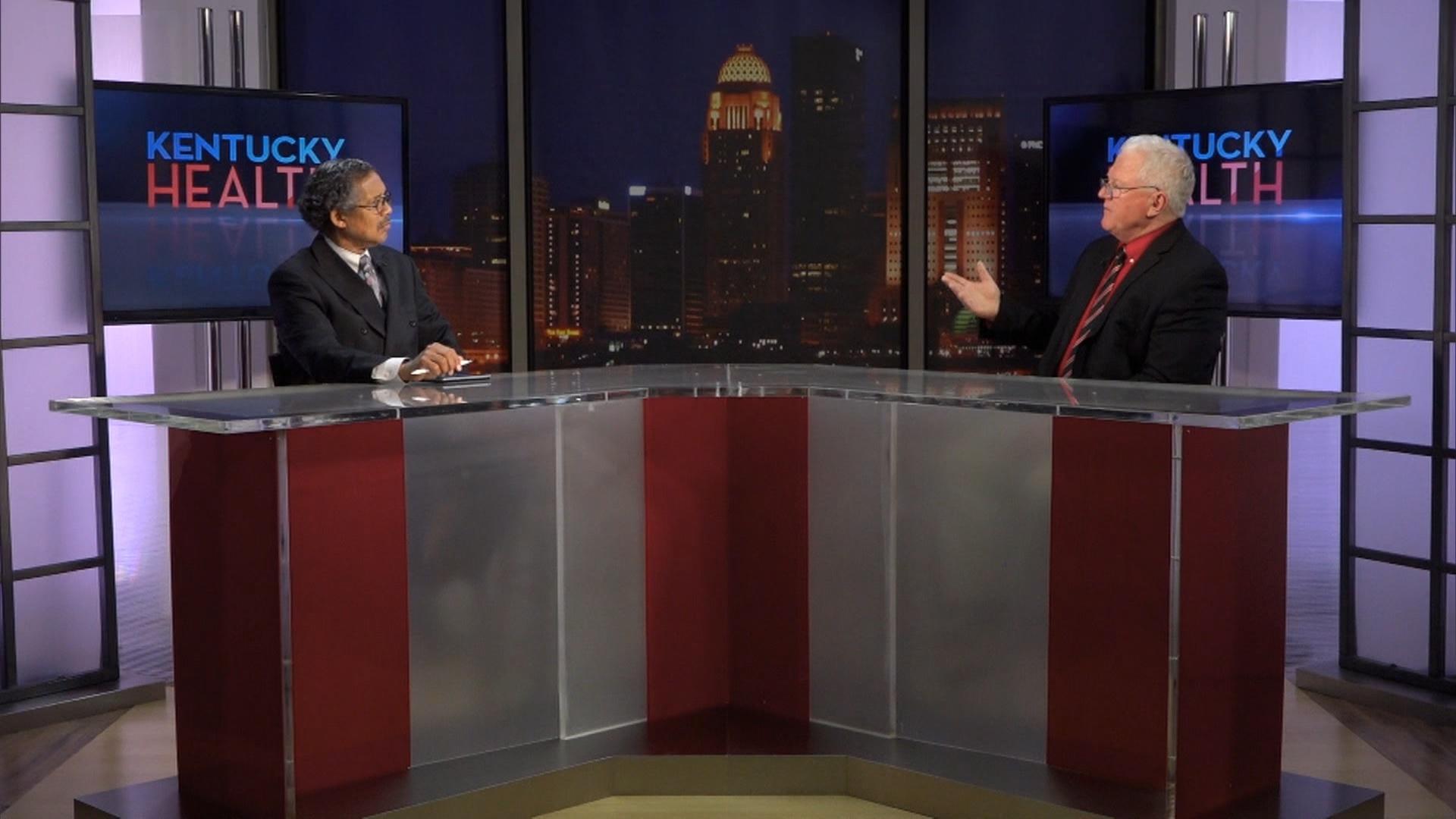