2016 General Assembly at the Midpoint

The 2016 legislative session is nearly two-thirds complete and the battle lines are beginning to harden, especially around the new state budget. Some House Democrats are claiming “unprecedented obstruction” regarding vital spending information from the Bevin Administration, while Republicans argue the governor has a mandate from voters to cut the size of government. 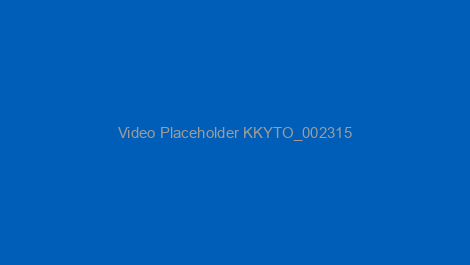 Proposed Budget Cuts to the Bone
Gov. Matt Bevin’s spending plan calls for state agencies to reduce their budgets by 4.5 percent in the remainder of the current fiscal year (which ends June 30), and by 9 percent each year for the next two fiscal years. Medicaid spending and per-pupil funding for primary and secondary education remain untouched in Bevin’s proposal, and several areas such as salaries for social workers and state police officers would see increased dollars.

“An enormous amount of fat has been cut out of state government over the past several budget cycles," says Rep. Overly. “We are down into the muscle, into the meat, into the bone.”

Overly adds that while former Gov. Steve Beshear started his administration with a $430 million budget deficit, Bevin came into office with a projected $230 million surplus. She says those extra funds should enable lawmakers to reinvest in programs that can bring more prosperity to the commonwealth.

Whether it’s education, infrastructure, or social services, Sen. Neal says Kentuckians have needs that must be addressed.

“The way you address these needs is to spend smart, you don’t spend wastefully,” Neal says. “You don’t come in and just arbitrarily cut, cut, cut. That’s irresponsible.”

Democrats also claim the Bevin Administration has been slow to release budget details that would enable lawmakers to see just how the proposed cuts would impact specific programs and services. Democrats on the House Budget Review Subcommittee on Human Services even penned a newspaper editorial chastising the governor and his cabinet secretaries for what they claim is obstruction and a lack of transparency.

Rep. Stan Lee dismisses those criticisms and defends the governor by saying he has only been in office a few weeks and his administration working as fast as it can to provide the requested budget numbers.

Pensions Are the Priority
Lee also says Bevin was elected with a mandate to cut unnecessary government spending and get the state’s finances in order. Sen. Jimmy Higdon adds that the first goal of the budget is to begin to address the more than $30 billion in unfunded liabilities in the state employee and teacher retirement systems.

“They’re one market correction away from pay as you go,” says Higdon. “So Gov. Bevin is right on target in coming up with this very conservative budget.”

Bevin’s spending plan dedicates about $1 billion to the Kentucky Employees Retirement System and the Kentucky Teachers’ Retirement System in the next biennium. Higdon says the governor proposes making the actuarially required contribution (ARC) plus an additional allocation to KERS, and Bevin begins to phase in the ARC payment for KTRS. Higdon says an actuary who worked with former Gov. Steve Beshear’s teacher retirement working group proposed the phase-in idea last summer, and Bevin embraced the concept but increased the dollar amounts of the funding increments.

Neal says the pension payments Bevin has proposed are a “drop in the bucket” compared to what those systems actually need to get on sound footing. In the meantime, though, he says other vital government services will suffer.

Lawmakers are hearing from a range of constituencies concerned about funding cuts. Higher education officials including the state’s public university presidents say the cuts could cripple their institutions and force even more tuition increases. Overly says higher tuitions are a de facto tax increase on Kentucky families.

Lee responds that the governor’s plan only trims the state’s appropriation to higher education, it doesn’t cut the overall budgets of individual colleges and universities. He contends those institutions have other sources of income like endowments that can compensate for state funding reductions.

“This is not going to kill the universities,” Lee says. “This is an opportunity to trim expenses and to try to get all of state government lean and better to accomplish what we need to do.”

Health Care Issues
Another pledge Bevin made during his gubernatorial campaign was to overhaul the Medicaid expansion and dismantle the health insurance exchange Kynect, both of which were put into place by former Gov. Beshear under the Affordable Care Act.

Neal says voters still tend to confuse the relationship between Kynect and Obamacare, which polls indicated is viewed unfavorably by many Kentuckians. He says some people voted for Matt Bevin because he promised to end Obamacare without realizing the impact it could have on Kynect and the Medicaid expansion.

“People in Kentucky love Kynect,” says Neal. “When they voted… they were not aware that they were actually voting against their own interests as it related to Kynect and they were very upset about that.”

Regardless of how people feel about the state exchange, Lee says Kynect is not financially sustainable, which is why Bevin wants to end it and send Kentuckians to the federal exchange. Higdon claims that only about 100,000 people use Kynect, yet it costs the state $26 million a year.

Overly says Kynect provides a valuable service and has helped reduce Kentucky’s uninsured rate to a record low 7.5 percent. She says the state exchange is a better deal because Kynect only charges a 1 percent fee to insurance providers for policies sold in the commonwealth, whereas the federal exchange charges 3.5 percent. She also argues that Kentucky consumer protection laws cover policies sold through Kynect, where as plans bought from the federal exchange would not have that protection. Finally she says it would needlessly waste millions of taxpayer dollars to dismantle Kynect.

“We need to take a good hard look at how we’ve invested the money, the results we’ve obtained through that investment, which have been tremendous here in Kentucky, before we simply throw it all out and start all over,” says Overly.

Another point of confusion surrounding these health reforms, according to Higdon, concerns how some Kentuckians believe their Medicaid coverage is dependent on Kynect.

“When we start talking about doing away with Kynect, those people who have expanded Medicaid think that we’re taking their coverage away, which is simply not true,” Higdon says.

The governor has created a task force charged with securing a federal waiver so Kentucky can overhaul its Medicaid system. Bevin has suggested he wants to move to a plan whereby Medicaid recipients pay small fees for their coverage and for certain services.

Lee says the fact that some 1.3 million Kentuckians are now enrolled in either the traditional Medicaid program or the expansion, which covers people up to 138 percent of the federal poverty rate level, points to a deeper issue.

“The commonwealth is not healthy if over one quarter of our citizens are on Medicaid and that reflects a poor business climate,” Lee says.

He adds that Bevin has pledged to make Kentucky more 'business friendly' so that citizens can access better paying jobs and lift themselves out of poverty and off the Medicaid rolls.

Other Issues
The legislators touched on several other issues before the General Assembly this year. Those include:

Public-Private Partnerships (P3): Overly says P3 legislation passed the House and is awaiting action by the Senate. Higdon says if it does pass his chamber it will be limited to projects at state parks. Overly says P3 is designed for large-scale transportation projects, which the state would otherwise be unable to afford without the help of private investment.

Felony Expungement: Lee says that legislation passed the House and is now before the Senate. Higdon says he believes it will pass the chamber this year, but Neal says the bill could receive a “poison-pill amendment” that he fears would hurt its chances.

Local Option Sales Tax: Overly says the legislation has been refiled in the House this year, but there’s been no action on it yet. Higdon says he believes it will be woven into a tax modernization proposal.

Medical Review Panels: Higdon says legislation has passed a Senate committee but has not come up for a floor vote yet. 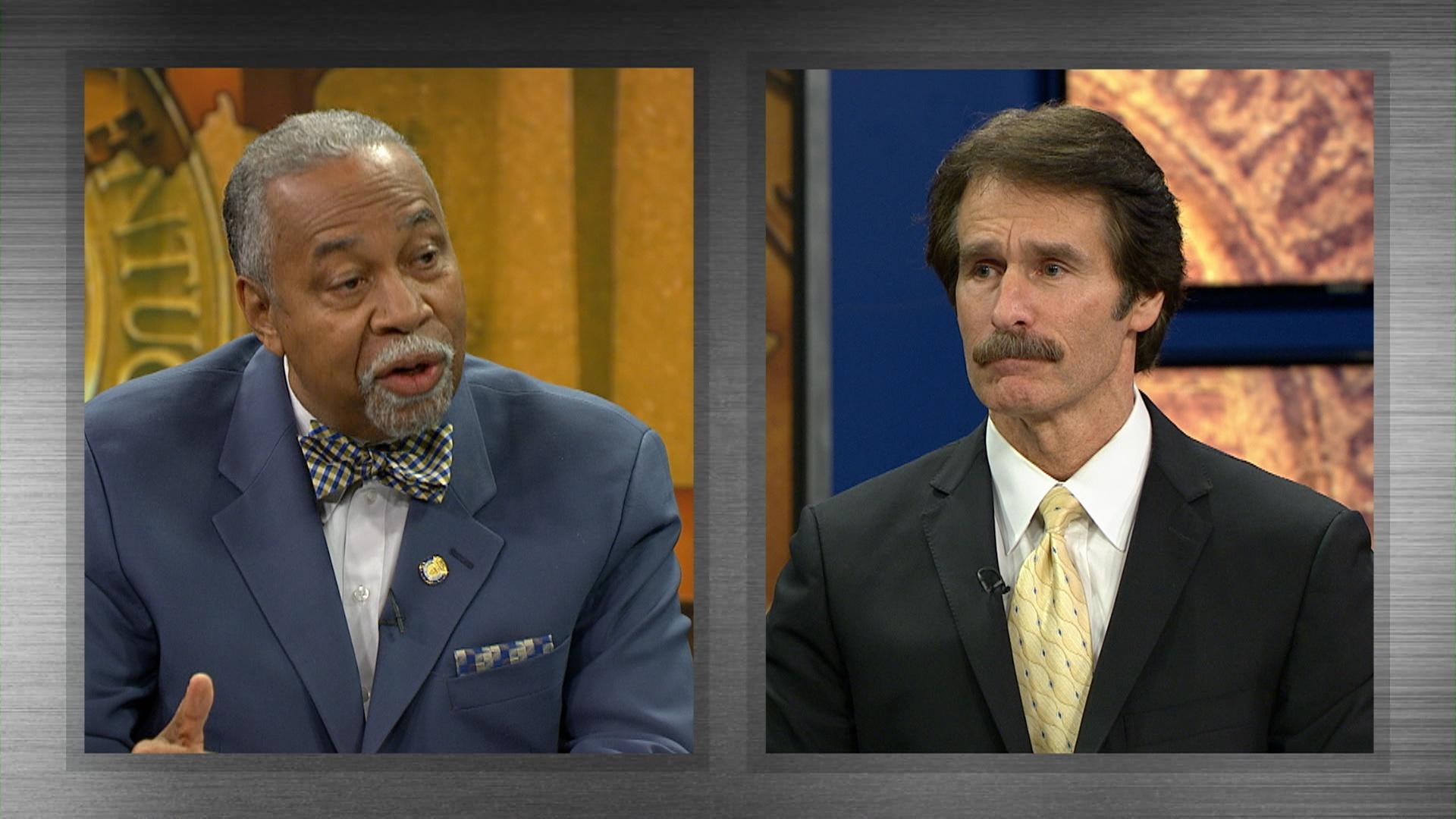