Last week, the administration of Gov. Matt Bevin cleared its first hurdle in an effort to overhaul Kentucky’s Medicaid program when federal regulators said the state’s waiver application had been properly submitted. Now, the plan goes into a 30-day public comment period.

The governor’s office says the state simply can’t afford the Medicaid program, and particularly the expansion enacted under previous Gov. Steve Beshear, without making changes to how it is structured. Bevin wants to require some enrollees to pay premiums and work a certain number of hours a week, and he proposes to eliminate some benefits like vision and dental coverage and funding for non-emergency medical transportation. Critics of the plan say it could result in thousands of Kentuckians who finally had health coverage for the first times in their lives returning to the ranks of the uninsured.

Fiscal Realties
Under the auspices of the Affordable Care Act, former Gov. Beshear enacted expanded Medicaid in the commonwealth by executive order in 2013. The expansion covers Kentuckians making up to 138 percent of the federal poverty level (or about $16,400 a year).

Sen. Adams says she believes the Bevin administration wants to keep the Medicaid expansion, but she says the state doesn’t have the money to continue it in its current form. She cites economic projections that show the state accruing $585 million in new revenues in the budget biennium. But, the Medicaid expansion will cost the commonwealth $587 million in that same time period, according to Adams.

Advocates of the Medicaid program point to a Deloitte Consulting study that indicated the expansion would pay for itself by spurring job growth and higher tax revenues. But Adams says Deloitte predicted that 188,000 Kentuckians would enroll in the expansion by 2021. To date, some 440,000 have qualified for the expanded population. Adams contends any economic gains from expanding Medicaid will be insufficient to cover the costs of providing benefits to those actually enrolled in the program.

But the expansion has boosted the state’s economy, according to Rep. Marzian. She says more than 13,000 new jobs have been created, and health care providers have lower costs related to uncompensated care. The first years of Medicaid expansion were fully funded by the federal government, but starting in 2017 individual states will have to pay a percentage of those costs. Even with that price tag, Marzian says Medicaid expansion is still a wise investment for Kentucky.

“I’m surprised that [the GOP] is not grabbing this investment because in what stock can you get 95 percent for a 5 percent investment,” says Marzian of the Medicaid cost split between federal and state governments. “It’s a no-brainer… It’s a great return and it gives health care to folks and makes them have peace of mind.”

Premiums and Work Requirements
Marzian says the Medicaid expansion allows individuals who couldn’t afford insurance or didn’t work at jobs that provided coverage to finally get health care without the fear of personal bankruptcy. She calls the governor’s plan extreme, and hurtful to low-income individuals. Marzian also criticizes the plan for eliminating vision and dental coverage. She says children can’t learn if they have a toothache that’s not being treated.

Adams says the changes proposed by the governor are designed to cover as many Kentuckians as possible, empower them to make better health care decisions, and spend taxpayer dollars more wisely. Adams contends the changes requested in the state’s Medicaid waiver proposal target only able-bodied individuals with no dependents. The goal, Adams says, is to improve health outcomes and enable people to eventually move off Medicaid into a commercial insurance plan.

But Sen. Reginald Thomas argues that the governor’s plan will lead to the end of Medicaid expansion and deny insurance coverage to impoverished Kentuckians.

“Under Gov. Bevin’s plan, we’re going to lose 88,000 people out of the 440,000 we now cover under Medicaid expansion,” Thomas says. “I don’t see how that is compassionate under any circumstance… These people have a hard enough time as it is.”

Thomas says making Medicaid recipients pay premiums ranging from $1 to $15 a month will be too burdensome on low-income individuals already struggling to pay for food, housing, and transportation. He also questions the usefulness of a work requirement, because he says most low-income enrollees already have some form of employment.

Rep. Addia Wuchner disputes that 88,000 people will lose their coverage. Instead, she believes that as individuals get jobs and earn more income, they will transition off of Medicaid into employer-provided coverage or purchase their own policies. She says the governor and his staff have spent considerable time trying to figure out how to help Kentuckians with limited incomes improve their health and economic prospects.

The U.S. Department of Health and Human Services and the Centers for Medicare and Medicaid Services have rejected work requirements proposed in waiver applications from other states. Wuchner says Bevin’s plan doesn’t specifically include a work requirement. She says it’s more of an engagement requirement to incentivize able-bodied individuals without dependents to be active in their communities by volunteering for a non-profit, going to school, getting job training, or taking a health assessment. Those activities will also earn enrollees credits that can be used to purchase additional health care services not covered by the revamped Medicaid program.

“This is, in a sense, welfare-to-work,” Wuchner says. “Let’s help these people get back to work, perhaps get into an education program, get their GED. [This program] wants the best for Kentuckians.”

As for the goal of transitioning people off Medicaid and into commercial insurance plans either through Kynect or through an employer, Thomas says he fears that the coverage won’t be as good as what is offered through Medicaid. He argues that individuals may face limited provider networks and higher prescription costs under private plans. (The governor’s plan does include some wrap-around benefits to fill the gap between what an individual had under Medicaid and what their commercial insurance plan may lack.)

The state will have to set up an infrastructure to collect the premiums and track compliance with requirements proposed in Bevin’s plan. Wuchner admits lawmakers don’t have an estimate for those administrative costs, but she says the state already has to track similar benefit criteria, such as a work requirement for some individuals who receive food stamps. Marzian contends that those administrative costs will ultimately total more than the state will collect in premium payments.

Other Components of the Bevin Plan
The four legislators agree on one part of Bevin’s plan which concentrates on better regulation of managed care organizations. Wuchner contends MCOs in the commonwealth were making more profits than those operating in other states. Now that those contracts have been renegotiated, Wuchner says MCOs are making less profits, which means more money is going to patient care.

Adams says getting MCOs to pay their fair share will help lure much-needed health care providers to the state. And Thomas says Bevin should be applauded for refocusing MCO payments on healthy outcomes rather than on the total volume of patients served.

The governor’s plan also eliminates stipends for those who need transportation to non-emergency medical appointments. Thomas says that will hurt those without a car or who live in communities without public transportation. Plus, he argues that it goes against the federal government’s requirement that any Medicaid waiver submitted must result in better health coverage and improved access to care.

Wuchner says the governor’s staff decided to cut the transportation funding because they determined the number of people in the expanded Medicaid population using the service didn’t justify the cost of providing it.

What’s Next
After the 30-day comment period, federal officials will decide whether to accept or reject Kentucky’s waiver application. If it is rejected, the Bevin administration can negotiate with HHS and CMS to arrive at a waiver plan on which both sides agree. Gov. Bevin had previously said he would simply end Kentucky’s Medicaid expansion if HHS rejects the state’s proposal.

Adams and Wuchner say they think the governor will try to negotiate with federal officials should they reject the state’s initial request. But Thomas and Marzian are less optimistic about Bevin’s willingness to make changes to his proposal.

Thomas says the governor has been adamant in wanting an overhaul that includes a work requirement, premiums, and a lock-out period for those who fall into arrears on their payments. The Democratic senator says it’s time to take the Republican governor at his word for promising to reverse the health care reforms enacted by his predecessor.

However the process unfolds, Adams says she hopes the legislature will have more input into the future of health care in the commonwealth than it did when former Gov. Beshear originally enacted expanded Medicaid and the health insurance exchange Kynect. 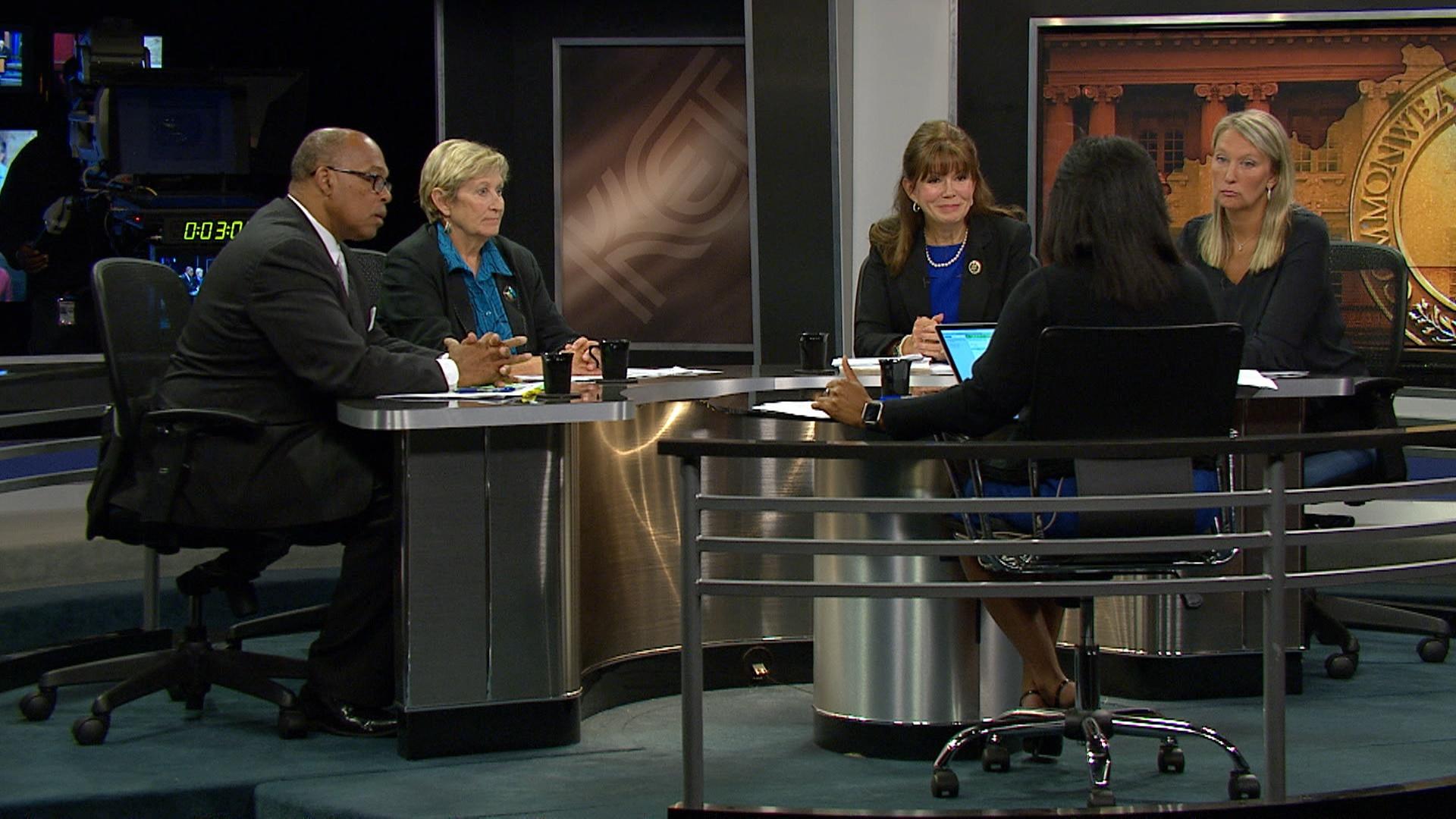