Immigration Front and Center in an Election Year

Do you know the difference between DACA and DAPA?

Are ISIS-trained terrorists infiltrating the United States by posing as refugees?

And do immigrants enrich America’s economy and culture, or do they depress wages and threaten our safety?

These are some of the questions tackled during Kentucky Tonight‘s discussion about immigration policy. The guests were Sarah Adkins, an immigration lawyer at the Maxwell Street Legal Clinic in Lexington; Jessamine County Attorney Brian Goettl; Nima Kulkarni, an international business and immigration lawyer in Louisville; and Dan Rose, a Lexington lawyer and president of Americans First.

DACA and DAPA
By the end of June, the U.S. Supreme Court is expected to rule on actions President Barack Obama took to allow certain illegal immigrants to stay in the country without fear of deportation. At issue are two policies known as DACA and DAPA.

Deferred Action for Childhood Arrivals (DACA) permits some children of undocumented immigrants to stay in the country and work for two years. Launched by the Obama Administration in 2012, the policy applies to individuals who were under 31 years old as of that year, came to the U.S. before they turned 16 years old, and have continuously resided here since 2007. Applicants had to be in school, or have a diploma or GED, or have an honorable discharge from the U.S. military. They also had to have a clean criminal record and pose no safety threat.

Nima Kulkarni, an international business and immigration lawyer in Louisville, says the idea behind DACA was that it’s simply impractical to try to deport the approximately 11 million undocumented individuals in the United States. So, immigration officials, using something called “prosecutorial discretion,” would set priorities as to who they would seek to deport immediately (such as those with criminal histories) and who would be allowed to stay in the country for a limited period of time (such as young children brought here by their undocumented parents).

In the fall of 2014, the president changed the DACA rules to eliminate the 31-year-old age cutoff, require continuous residency here since 2010 (instead of 2007), and extend the deportation waiver window from two to three years. The president also created a new program often called Deferred Action for Parents of Americans and Lawful Permanent Residents (DAPA) to allow certain parents of children who are American citizens or parents of those who have lawful permanent status to also receive deferred action on their deportations.

It was estimated that DAPA and the changes to DACA could apply to some 4 to 5 million undocumented immigrants.

Weeks later, Texas and 25 other states sued to block implementation of the new rules, a blockage/injunction which a lower court upheld. The Republican-controlled U.S. House of Representatives joined the legal action. Together they argued before the Supreme Court that DAPA and DACA place unfair burdens on states, that Obama exceeded his executive authority to make such sweeping changes to immigration policy, and that the administration failed to properly follow regulatory procedures to enact the changes. A 4-4 tie among the Supreme Court justices would mean that the lower court’s injunction would stand and DAPA and expanded DACA could not be implemented. [Editor’s Note: On June 23, the Supreme Court did issue a 4-4 ruling.]

The original DACA rules remain active and are not impacted by the current legal battle. Lexington immigrant attorney Sarah Adkins says she’s had applications for deferred actions for children rejected, so she disputes the notion that immigration officials are approving all requests. She estimates about 400,000 children have received DACA status so far.

The Ramifications of Immigration Policy
Obama’s immigration actions came as a partial response to the political stalemate that has kept Congress from tackling immigration reform. As a result, today’s policies are built largely on a framework that’s more than 50 years old.

An immigration reform act passed by Congress in 1965 abolished a quota system that favored immigrants coming from European countries, and opened the flow to individuals from a more diverse mix of Latin American, Asian, African, and Middle Eastern countries. It also had the effect of increasing the overall number of legal immigrants allowed to come to America.

“Since the 1790s, we’ve had a restrictionist policy,” immigration attorney Nima Kulkarni says. “Every single generation has their group of immigrants that people revile and want to keep out.”

Yet the country has benefitted from the larger, more diverse pool of immigrants, argues Kulkarni. She says it has enabled America’s overall population to grow, fueled the national economy with new immigrant-owned businesses, and allowed the country to remain a superpower on the world stage.

From his vantage point, Dan Rose of Americans First says the nation’s immigration policies are a “complete disaster.”

“For the last 20 to 30 years, there’s basically been a conscious decision by the government not to enforce the law, which has basically led to catastrophes affecting American citizens,” Rose says. “It’s time America started being run for the benefit of our citizens and not the rest of the world.”

Rose contends the influx of legal and illegal immigrants has depressed wages, deprived American workers of jobs, and led to attacks by terrorists. He admits not all refugees and other immigrants are bad, but he says the government has no way to effectively screen immigrants to allow deserving foreigners into the country while rejecting those who might want to harm Americans.

What To Do About Muslim Immigrants
The fear that immigrants could perpetrate terrorist acts has increased since the 2013 Boston Marathon bombing and the more recent mass shooting incidents in California and Florida.

The brothers responsible for the Boston bombings were of Chechen descent. The killer in the 2015 San Bernardino shootings was a U.S. citizen born to Pakistani parents, while his wife and accomplice was born in Pakistan. The shooter in the recent Orlando nightclub attack was an American citizen born to immigrants from Afghanistan.

Terror concerns have increased as Islamic State leaders have sought to spread their influence and because of the millions of Syrians who have fled their war-ravaged country to seek refuge in Europe and America.

“Last week, John Brennan, the director of the CIA told Congress that ISIS is training its fighters to come [here] and commit the types of attacks that were committed in Orlando,” Brian Goettl says. “Those fighters are then coming in through this refugee crisis.”

Instead of limiting Syrian refugees, Goettl alleges the Obama Administration is allowing them to flood into the country. He says he supports restricting immigration from Iraq, Libya, Syria, and other countries with a significant presence of ISIS rebels or what he labels as fundamental Islamic extremism.

Dan Rose says he would ban immigration from 57 world nations that have majority Muslim populations or Islamic-based governments. Both Rose and Goettl say President Obama could easily enact such restrictions by executive order, like he did when he suspended the Iraqi refugee program in 2011.

Kulkarni counters that idea by saying that the number of people who come to America hoping to commit violent acts is a miniscule fraction of the total number of immigrants who arrive here each year. Sarah Adkins says she represents Muslim refugees from all over the world so she’s saddened when she hears proposals to limit resettlement for immigrants of that faith. 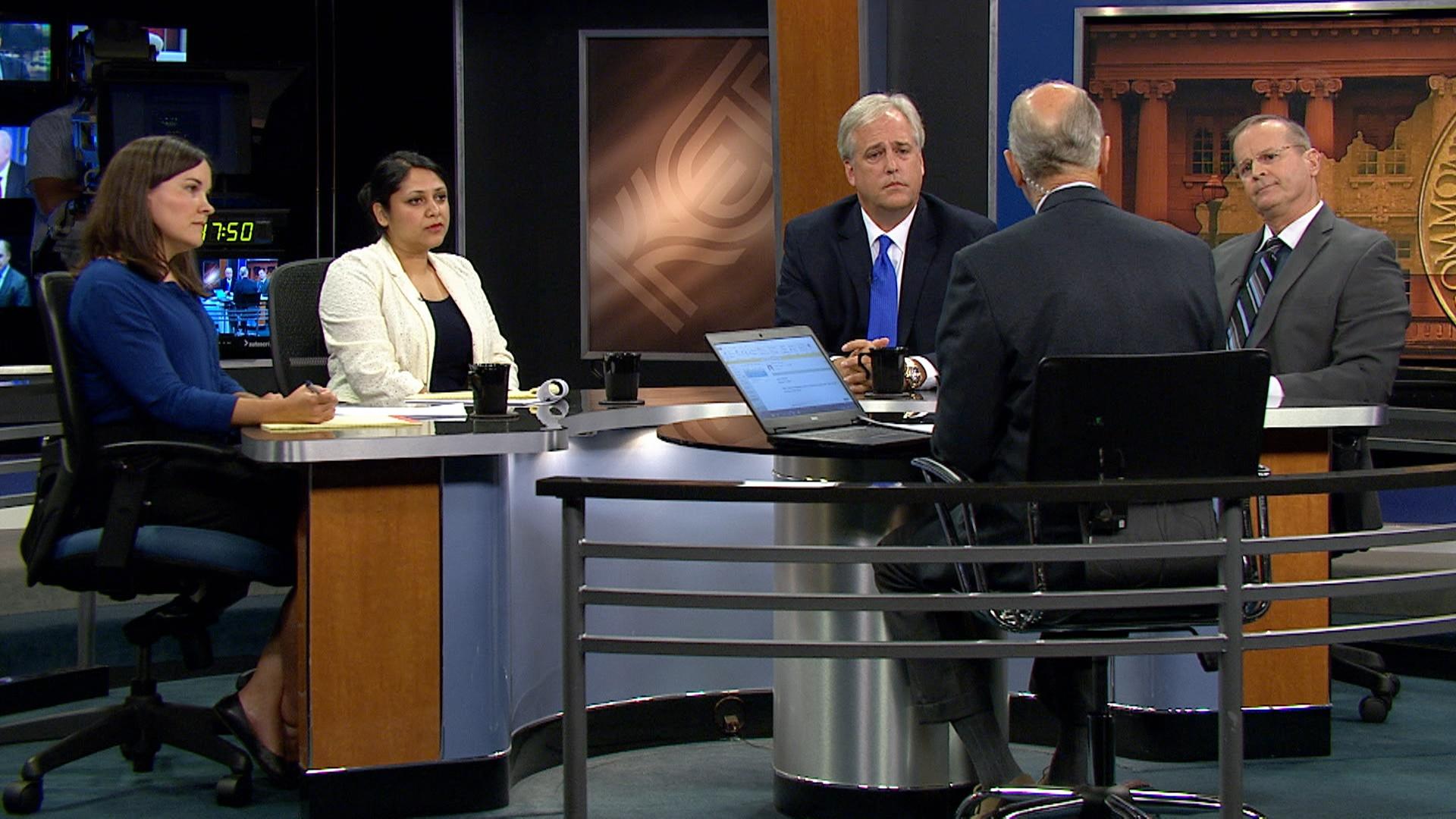