Following the recent mass shooting at an Orlando nightclub that left 49 people dead, federal lawmakers again debated the merits of stricter firearm control policies. Yet even the added drama of a Senate filibuster and a sit-in in the House chamber yielded no tangible action on gun safety.

Gun laws were discussed on KET’s Kentucky Tonight with a panel of guests that included a physician, a pastor, and two certified firearm instructors. They explored a range of ideas about how to stop mass shootings and reduce the daily toll of gun violence.

In the wake of the June 12 slayings in Orlando, the U. S. Senate considered four gun control measures. Democratic proposals sought to block gun sales to individuals on the federal terror watch list and expand background checks for those buying firearms at gun shows. Republican-backed measures would have updated the current background check system and delayed gun sales to people on the terror watch list.

Meanwhile Democrats staged a 25-hour sit-in on the floor of the House of Representatives in hopes of forcing votes on background checks and gun purchase restrictions for those on no-fly lists.

That effort also failed. The House adjourned without taking up either proposal, and is in recess until after the July 4 holiday.

“We have put in place legislation on cars, tobacco, [and] alcohol in an effort to protect public health and protect the public good,” Crosby says. “There are certain reasonable steps that I believe we could take when it comes guns as well.”

Opponents to proposals to prevent individuals on no-fly or terror watch lists from buying guns contend those measures could violate the due process rights of gun purchasers who aren’t terrorists or have no ill intent. Plus they say watch lists often include names of people who have been wrongly prevented from flying while omitting individuals who may be truly dangerous.

David Burnett, who is a registered nurse and concealed carry instructor, says gun laws shouldn’t deprive Americans of any of their constitutional rights. He adds that many gun control measures don’t make sense because criminals by definition don’t abide by laws so gun control regulations wouldn’t prevent them from acquiring the firearms they desire. As an example he says strict gun laws in Europe didn’t prevent the mass shootings by terrorists in Paris or Brussels.

“At the end of the day it’s going to be you protecting yourself and no one else is going to come to your aid,” Burnett says. “I think it would be the wrong decision to propose a strategy… that wants to weaken the victims. I think that we should empower the victims and weaken the assailants.”

The AR-15 Debate
A number of assailants in recent American mass shootings used assault rifles or assault-style weapons in their attacks. Those terms can be used to denote a number of different weapons, including guns with semi-automatic or fully automatic firing capability and detachable magazines that hold the bullets. Much of the debate around these weapons focuses on limiting civilian access to a widely sold gun known as the AR-15.

Burnett contends the AR-15 is no more deadly than any other firearm, and is a popular weapon for those like to shoot “varmints and small game.” National Rifle Association certified instructor Ken Pagano says AR-15s are fun to shoot and are good weapons for sport and self-defense. He adds that he believes the phrase “assault rifle” is a misnomer.

“It has that nasty connotation,” Pagano says. “It’s an assault rife because that’s what people do with it – they assault others with it.”

Yet with so many other weapons on the market, opponents question why hunters or recreational shooters need such a powerful firearm. Dr. Phillip Bressoud, who is governor of the Kentucky chapter of the American College of Physicians, says civilians have no real need for assault rifles, and such weapons should be reserved for military personal in war zones. Bressoud acknowledges that outlawing AR-15 won’t end gun violence, but he says restricting its sales may well save some lives.

The Public Health Costs of Gun Violence
Bressoud says gun violence is a public health crisis that results in death, disability, and injury to thousands of Americans each year, especially those who live in big cities. He says gun use also generates significant health care costs. His organization along with other groups of medical professionals have called for a range of firearms reforms, including universal background checks of gun purchasers, restricting the manufacture and sale of military-style assault weapons, and research to support strategies for reducing firearm-related injuries and deaths. Bressoud says the goal is to create a multifaceted approach to addressing gun violence.

“It’s not aimed at reducing anybody’s ability to necessarily get arms or be able to use them, but to reduce the end product for the medical community, which is the injuries and deaths that we want to prevent,” Bressoud says.

“If our children can be taught ‘stop, drop, and roll,’ ‘don’t take candy from a stranger,’ things of this nature, let’s teach them what the NRA teaches: ‘If you find a gun, stop, don’t touch it, leave the area, tell an adult,’” Pagano says.

Both Pagano and fellow weapons instructor David Burnett dispute the notion that firearm use constitutes a public health crisis. Burnett cites statistics that indicate gun violence is at record lows in the U.S., while Pagano contends that with an estimated 300 million guns in the nation today, health care providers would be overwhelmed with gunshot victims if America truly had a gun problem. Both men argue that overall public safety will be improved if more well-trained, properly vetted, responsible gun owners are allowed to carry weapons wherever they go.

Bressoud counters that idea by saying most civilians won’t be nearly as competent to respond an attack or terror incident as well-trained law enforcement officers. He says if patrons of the Orlando nightclub had been allowed to carry concealed weapons, the results could have been even more disastrous.

“In a dark bar, somebody starts shooting and everybody is concealed [carry], who shoots who and how do you know who to shoot?” Bressoud asks. “All I can see is self-inflicted carnage.”

What Would Jesus Do?
Following the 2015 shooting at a Charleston, S.C., church, Rev. Crosby says his congregation developed active-shooter protocols that would get people to safety without having his members bring guns into what he calls “our sacred sanctuary.” But at the same time he hopes people can take a more spiritual approach to violence, including Jesus’ call to not only ‘love thy neighbor but also thy enemy.’

Crosby adds that Americans not only have a constitutional right to bear arms, but an equal right to peace and tranquility as well.

“As a Christian I understand that we live in a complex world,” Crosby says. “But as a faith leader I want to encourage folks to continue to seek their security by first and foremost putting their faith in a loving God and their faith in other people and humanity.”

Ken Pagano, who is a former pastor, says he believes there is good and evil in the world as well as depravity. He says pacifism is an option for Christians, but not a requirement.

“My definition of tranquility is, I’ve got my [assault rifle] and other things,” Pagano says. “Peace through strength.” 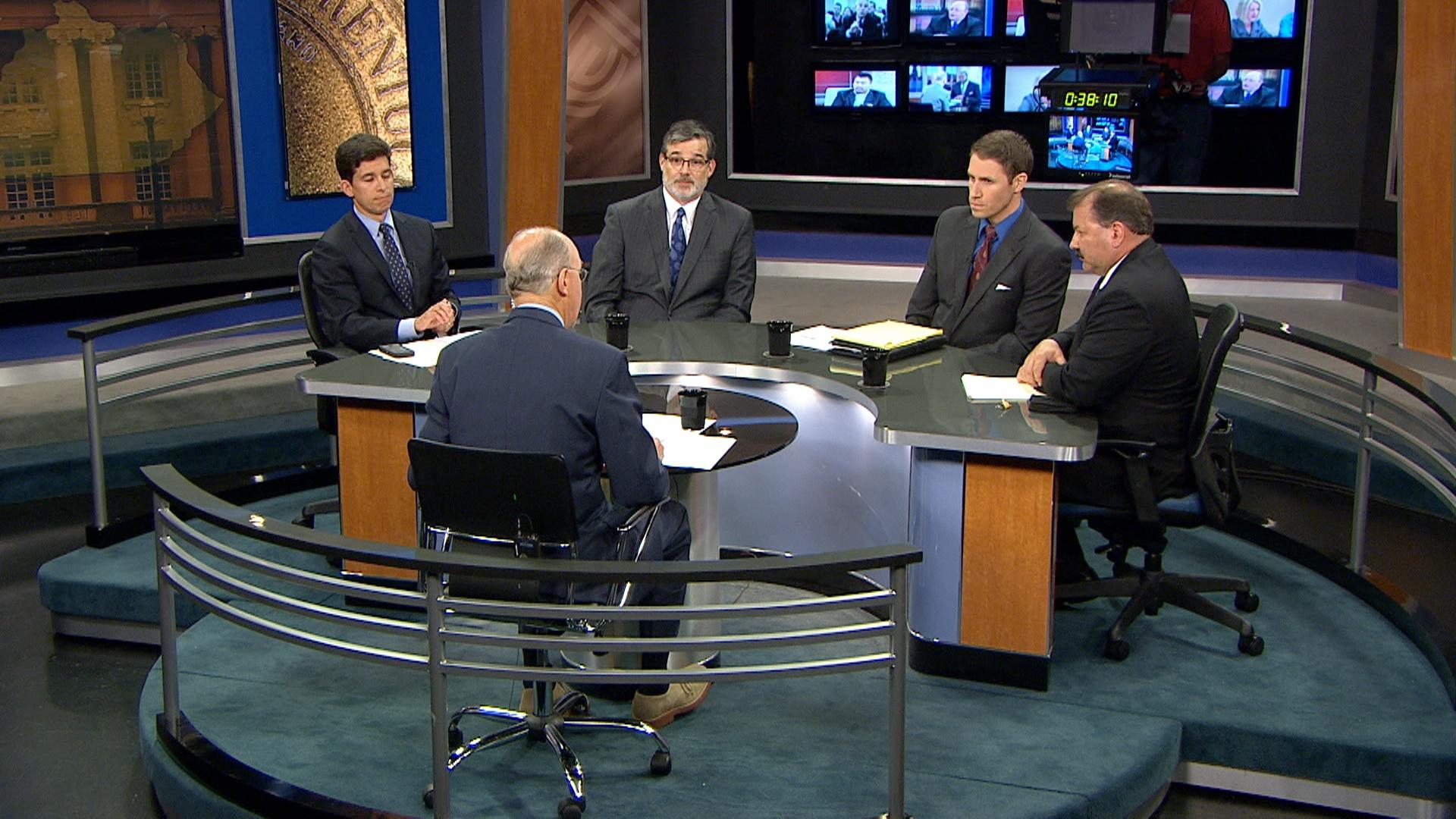