Priorities for the Next State Budget

When state lawmakers convene in January, their top agenda item will be to pass a new two-year budget for the commonwealth. Under the best of circumstances, it’s a challenge to find consensus on how to spend billions in taxpayer money. But legislators will face some additional hurdles in the 2016 session:

– A new gubernatorial administration under Republican Matt Bevin that has no previous public budget-making experience.

– Existing spending obligations that will easily consume any budget surplus the state may have at the end of the current fiscal year.

– Hundreds of millions in new expenses in Medicaid and state pension payments that will have to be funded.

Legislators from the state House and Senate budget committees appeared on Monday’s Kentucky Tonight to discuss these challenges as they prepare to build a new spending plan.

Good News and Hard Realities
Senate Appropriations and Revenue Committee Chairman Chris McDaniel (R-Taylor Mill) says current estimates show the state ending this fiscal year with a surplus of $219 million, and projected revenue growth of between 3 and 3.5 percent for the coming biennium.

Also on the positive side is the fact that the state’s Rainy Day Fund is at its highest level in seven years, with a balance of just over $200 million. Kentucky recently paid off a nearly $1 billion federal loan it needed to keep the unemployment insurance program afloat during the recession. Lastly, state income and sales tax revenues are strong.

But the bad news is that much of any budget surplus will have to go into the Rainy Day Fund as required by state statue, says McDaniel. Any remaining money will then pay for existing necessary government expenses. Fellow budget committee member Sen. Robin Webb (D-Grayson) adds that coal severance, tobacco, and road fund tax revenues have all decreased.

Then there are the new expenses. McDaniel estimates the state needs an additional $500 million for teacher pensions, $150 million for state employee pensions, and $250 million for costs related to the Medicaid expansion. As a result, McDaniel says state government personnel who may have hoped for funding increases will likely be disappointed.

“A lot of what falls to us is controlling expectations,” McDaniel says. “We have got some very dire economic times ahead of us, [and] we have got to make some hard decisions.”

State Pensions
Due to underfunding by legislators and lackluster investment returns in recent years, the commonwealth faces billions of dollars in liabilities in the pension systems for public employees and teachers.

Some have called for a dedicated revenue stream, such as proceeds from expanded gaming, to help shore up the retirement funds. McDaniel warns that any such streams would have to be created by constitutional amendment, which he describes as a “high hurdle” for lawmakers and voters to approve. Even if that effort was successful, McDaniel says it wouldn’t help the immediate needs of the pension systems.

What about raising taxes to help fund the retirement plans?

“I’m convinced Gov.-elect Bevin would veto any new taxes,” says House Appropriations and Revenue Committee member Steven Rudy (R-Paducah). “He’s going to present his budget and I have every reason to believe it will be a very fiscally sound, conservative budget, and we will begin… to address these problems that were not created overnight and they’re not going to be fixed overnight.”

McDaniel adds that lawmakers will take a hard look at the spending priorities of the Kentucky Retirement Systems board, and they may consider structural changes to the Kentucky Teachers’ Retirement System. But Sen. Webb cautions that any such changes for new hires won’t address the financial obligations the state has to the thousands of employees already in those systems.

Medicaid
There’s been significant debate among lawmakers and during the recent gubernatorial election over how to pay for the additional Kentuckians who have enrolled under the Medicaid eligibility expansion. The federal government fully funded the first years of that expansion, but starting in 2017, the state will have to pay an increasing percentage of those costs, which will top out at 10 percent by 2020.

Gov.-elect Bevin has said the state can’t afford those costs, which are estimated to be about $250 million for the next biennium alone. But Rep. Tanya Pullin (D-South Shore), vice chair of the House Appropriations and Revenue Committee, says Frankfort policymakers also need to consider the savings expanded Medicaid will generate. She points to Legislative Research Commission figures that show Kentucky will net about $350 million in reduced costs for things like behavioral health programs and medical care for the state’s prison population.

“I actually believe that Gov.-elect Bevin will take a reasoned approach and as a businessman will look at all the numbers, the savings and the costs, and I hope that when he does that he will see that there are enough savings to cover some of those costs that might make it beneficial for Kentucky,” Pullin says.

One option Bevin has proposed is to require Medicaid recipients to pay small fees for their coverage. Sen. McDaniel says other reforms like charging more for Medicaid patients who smoke or who miss their medical appointments would help cut costs while introducing accountability and responsibility into the system.

Sen. Webb says she understands the financial pressures Medicaid expansion places on the state. But in charging for Medicaid services, she warns that lawmakers must be mindful of the threshold at which patients will decide to go without a check-up or prescription rather than pay the fees attached to those benefits.

Higher Education
Since the recession, the state has cut appropriations for public colleges and universities in the commonwealth by 28 percent. The hope for more higher ed funding in the next biennium looks bleak, according to the lawmakers on Monday’s program.

What may change is how that money gets allocated. Sen. McDaniel says legislators should review the funding mechanism that creates disparate levels of per-pupil spending among the state schools. Rep. Rudy says he’s heartened to hear that the Council on Postsecondary Education may be open to moving to a performance-based model of funding. Gov.-elect Bevin has indicated he supports that approach.

Another aspect of higher education is workforce training. The lawmakers agree that the Kentucky Community and Technical College system can play an even greater role in training students for jobs that are available in the commonwealth today and those that may be coming in the future. The individual KCTCS campuses can also do more to tailor training to the specific needs of businesses in their home regions.

Sen. Webb says students coming out of high school should know that technical training can lead to good career opportunities.

“A four-year degree is not for everybody,” Webb says. “You can make a good living and have a good life with a two-year degree and fill some of the needs we have in your respective area [of the state].”

Advice for the New Governor
Gov.-elect Bevin takes office on Dec. 8 and will have until Jan. 26 to present his budget to the General Assembly. Given that short window of time, the legislators have a range of advice for the incoming administration.

From the Senate side, Sen. McDaniel encourages Bevin to fund existing obligations first while introducing accountability and responsibility in the budget. Sen. Webb says she would remind Bevin that a budget is a reflection of his priorities for the commonwealth, and that he was elected to care of the people of the state.

From the House side, Rep. Rudy says he believes Bevin was elected on a mandate to reduce the size of government, so he hopes the new governor will embrace that task. And Rep. Pullin says she would advise Bevin to look for points of agreement with lawmakers and be willing to cooperate on solutions to the state’s budget needs. 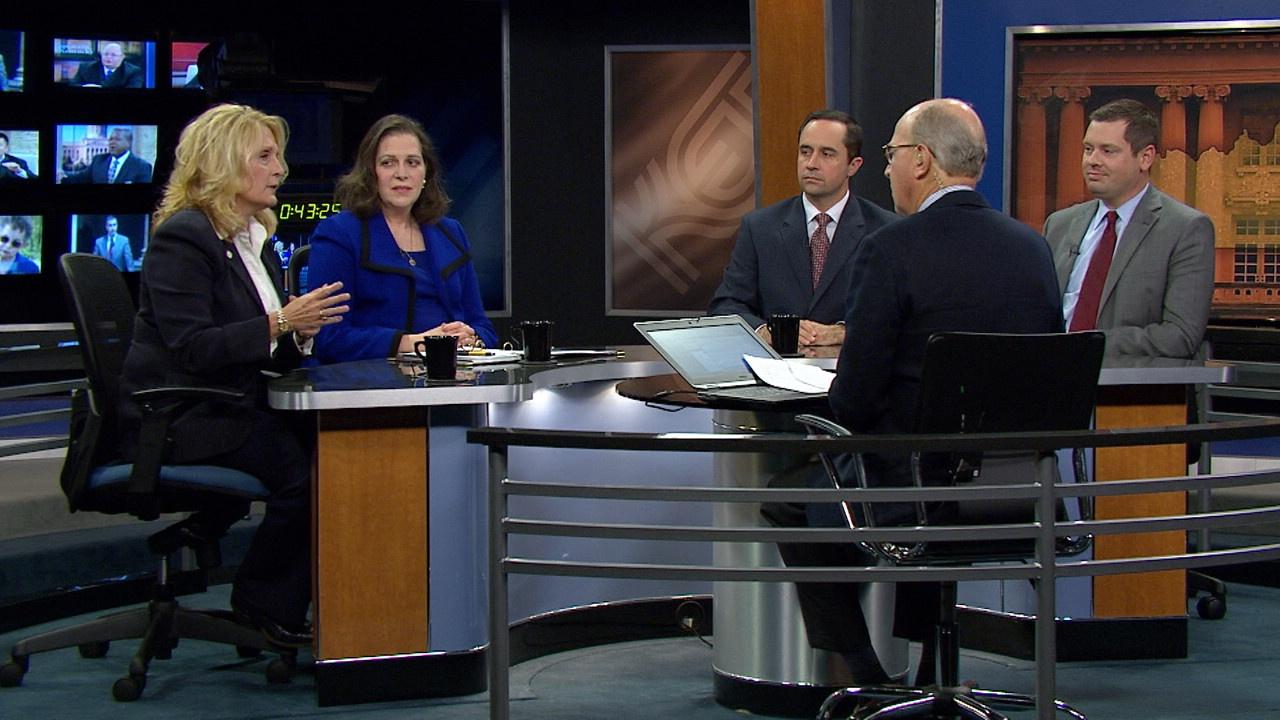