In this presidential election year, when the two major party candidates have vastly different experiences with international affairs, will voters consider foreign policy concerns when they go to the polls in November?

Probably not, according to four professors from around the commonwealth.

Do Voters Care about Foreign Policy?
Bickers and Thyne say one good reason to be concerned is that presidents have more latitude on international policy than they do with domestic affairs, where they generally have to collaborate with Congress. Thyne goes so far as to say that presidents can be more like a dictator when it comes foreign policy, even attacking another country if they choose.

Silva calls the U.S. a global hegemonic power, which he says brings with it benefits as well as the responsibilities of being involved in certain issues, whether the American public likes it or not. He adds international issues can affect U.S. citizens in a variety of ways, ranging from the families of soldiers deployed to foreign actions, to American workers who are impacted by trade and environmental policies.

Even if the candidates don’t place much emphasis on international issues, Motamedi says the winner will have to deal with them once they become president. He says the U.S. can’t disengage from the international arena because there are too many national interests at stake.

A Mixed Foreign Policy Legacy
The professors list a range of issues that could define President Barack Obama’s legacy on global issues. Motamedi credits the president with completing the nuclear deal with Iran, and for backing the Trans-Pacific Partnership to improve trade and foster stronger economic relations among 12 Pacific Rim nations. He says TPP could also help contain expansionism by China in that part of the world. (China is not a party to the agreement.)

In the end though, Obama didn’t engage in as much diplomacy with Pacific countries as he initially wanted, says Bickers. He says the president shifted his focus over the last two years towards normalizing relations with Cuba. Bickers believes that will be seen as a foreign policy accomplishment for Obama.

Thyne argues that the Democratic president really didn’t have a specific doctrine to guide his international actions. He says Obama was instead content to tackle problems as they arose and willing to sometimes watch bad things happen in the world without getting the U.S. involved in them. Thyne also describes Obama as the first president to not automatically support Israel on every issue, which he says could have significant long-term implications.

Obama also increased the use of drones to conduct military strikes, which Silva says may be a negative legacy for the president. He contends that the U.S. has legitimized drone warfare, which could be problematic as the technology becomes more widely available to other state and non-state actors in the future.

Silva does praise Obama for shifting America’s standing in the world. Whereas the administration of President George W. Bush acted more unilaterally, Silva says Obama has focused on working with the international community.

A Quagmire in Syria
Critics of President Obama point to his handling of the Syrian crisis as a foreign policy failure. In 2012 the president said the U.S. would launch military actions against Syria if Syrian President Bashar al-Assad crossed a “red line” of using chemical weapons against his own people.

A year later some 1,400 Syrian men, women, and children died following a nerve gas attack that the White House said was likely linked to the Assad regime. But instead of launching a direct attack against Assad, the president went to Congress to seek authorization for military action.

Silva says Obama saw that pause as an accomplishment because he bucked military hawks that wanted the U.S. to strike Syria. And to a degree it worked: Russian diplomats intervened to secure a deal for Assad to relinquish his stockpile of chemical weapons. But Silva contends Obama’s “red line” statement created a credibility problem.

“You cannot make threats in the international arena unless you are willing to back that up with actions,” Silva says, “and at the end of the day he didn’t.”

Syria remains in a civil war as government troops, opposition groups, Islamic State forces, and other interests battle for territory across the Middle Eastern country. Add in a massive refugee crisis and Russian military intervention, and Motamedi says you have a nearly failed state in Syria.

“Right now there are no great options,” Motamedi says. “The best bad option is to keep Assad in charge because once he’s out it’s going to turn into worse of a quagmire than it already is.”

Thyne says America could get more involved in Syria, but it would cost American lives and money. Silva says the only real option for the U.S. is to work with Russia and other members of the international community. Bickers counters that even that is difficult because many of the players have their own motives. For example, Bickers says Russia approves leaving Assad in power as a way to prevent pro-western secular forces from controlling the country. He says Turkey would also rather accept Assad than have Kurds in power in Syria.

The Role of Terrorism
Bickers says the one unifying element among international observers to the Syrian crisis is a hatred of ISIS. The terrorist group holds territory in Syria and Iraq, which Bickers contends actually makes the group more vulnerable to attack than entities like Al Qaeda that had a more nebulous presence.

Another difference between ISIS and Al Qaeda, according to Bickers, is how Islamic State leaders encourage unrelated bad actors to commit terrorists acts in the name of ISIS. He contends that makes ISIS appear scarier and more global because anyone can say they’re affiliated with the group whether they actually are or not. And that makes terrorism essentially impossible to eradicate, he says.

“As long as there are unhappy, dispossessed movements, there will be terrorists,” says Bickers. “So to say, ‘I’m going to end terrorism,’ would be like saying, ‘I’m going to end crime.’  You should not take any advice from a politician who says that.”

The actual risks posed by terrorism may be overblown, argues Silva. He says TV and online news outlets play up terrorist threats and acts, when other equally dangerous global issues like human trafficking and climate change get far less coverage.

Finding the Right Balance with China
On the other side of the world, China represents another foreign policy challenge, especially for whoever becomes the next president. According to the New York Times , Democratic presidential nominee Hillary Clinton and GOP nominee Donald Trump both favor tougher trade policies with China.

That won’t be easy, says Motamedi. He explains that China conducts about 60 percent of its foreign trade with the United States, while China holds almost $2 trillion in U.S. Treasury notes, which he says helps keep interest rates low.

“You don’t mess with your banker,” Thyne says of the fiscal ties between America and China. “So I wouldn’t expect a great deal of change except…if we get close to November and Trump starts going up in the polls, it’s going to scare the heck out of the markets.”

While a president needs congressional approval for higher tariffs, Bickers says the chief executive can unilaterally deploy military forces. So if a President Trump or Clinton strongly opposes China’s efforts to expand its territory in the South China Sea by building more man-made islands, they could use the military to halt that progress, Bickers says.

But Thyne argues that the risk of conflict is a reason to maintain good trade relations. He contends that free trade is about making money and preserving peace. 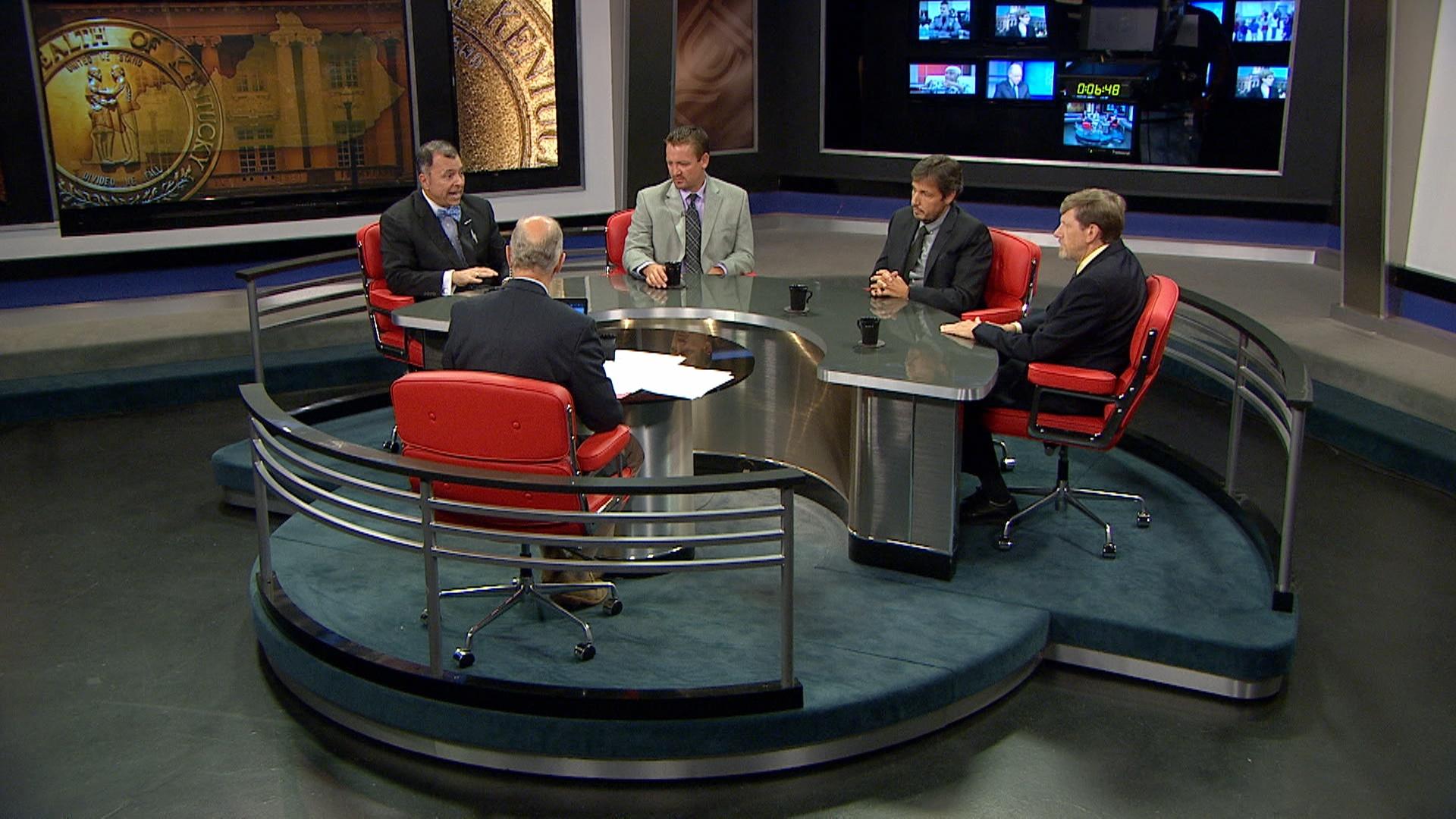