Journalists from around the state discuss news of the week with host Bill Bryant, including the latest reports from the fall political campaigns. Guests: John Cheves from the Lexington Herald-Leader; Ronnie Ellis from CNHI News Service; and Lawrence Smith from WDRB-TV in Louisville.
S42 E52 Length 26:31 Premiere: 10.28.16

Could this be the election that finally gives Republicans control of the state House of Representatives?

The journalists on this weekend’s Comment on Kentucky say the GOP has reasons to be optimistic heading into the last full week of the campaign. They discussed Republican efforts to win a majority in the House for the first time in nearly a century, as well as other news from the campaign trail.

House Flip Looks Increasingly Likely
State GOP officials hope presidential nominee Donald Trump’s popularity among Kentucky voters is the factor that helps Republicans win a clear majority in Frankfort. Ronnie Ellis of CNHI News Service says the New York billionaire may be down in some parts of the United States, but he remains likely to win in the commonwealth. Ellis says voters in eastern Kentucky increasingly blame Democrats for the steep decline in coal jobs in recent years. Trump promises to revitalize the mining industry, and state Republicans believe that could provide enough momentum to boost GOP House candidates to victory, especially in Appalachian counties.

The district is heavily Democratic and twice voted for Barack Obama for president. And Butler himself used to be a Democrat until switching parties last December. Smith says Butler’s challenger, attorney McKenzie Cantrell, is getting strong support from labor unions because she staunchly opposes right-to-work legislation. But Smith says Butler also opposes efforts to make Kentucky a right-to-work state. Ellis notes that the issue isn’t universally popular among state Republicans.

House Speaker Greg Stumbo (D-Prestonsburg) is also fighting to hold on to his eastern Kentucky seat. The Democratic super PAC Kentucky Family Values has launched a heavy schedule of commercials for Stumbo in the region. Ellis says the Democrat is likely to win, but the outcome could weaken his leadership prospects if Stumbo fails to score a commanding victory.

Public Pension News
Another factor in state House races could be the $30 billion in unfunded public pension liabilities. John Cheves of the Lexington Herald-Leader says Republicans generally have been more effective in offering specific plans to address the issue, including reducing future pension benefits and calling for more transparency in the teacher and state employee plans. He says every district has current or future retirees, so Republicans could benefit from touting their efforts to make the plans more secure.

A committee of the Kentucky Retirement Systems has voted to move state pension dollars away from hedge funds. Cheves says those privately run portfolios try to beat the market but often fail. He says hedge funds also tend to have higher fees and less transparency than other investment packages. KRS had about $1.5 billion invested in hedge funds in the last six years, according to Cheves. He says the investment committee of the KRS board will look for safer places to grow state employee retirement savings.

Legislators have faced criticism for keeping details of their separate pension plan a secret while KRS and the Kentucky Teachers’ Retirement System struggle. Cheves says he’s heard from several Republican lawmakers who tried to opt out of the legislative plan, saying citizen lawmakers don’t need a pension. When they were told they have to select a plan, Cheves says some chose to go into the badly funded KRS as act of solidarity with state employees.

Congressional Races
Four of the state’s six Congressional races are contested this election cycle. Incumbent Republicans Brett Guthrie in the 2nd district and Hal Rogers in the 5th district are running unopposed.

The 1st Congressional district is an open seat following the retirement of Rep. Ed Whitfield in September. That race features Republican James Comer, the former Kentucky Commissioner of Agriculture, and Democrat Sam Gaskins, a veteran and Hopkinsville construction worker. Lawrence Smith says Comer is well known and well funded, while Gaskins is a long shot in the contest. He says voters in the district will actually cast two ballots for the seat: one to complete the remainder of Whitfield’s unexpired term and one to represent the district going forward. Smith says the Comer campaign is working to remind people to vote both times for their candidate.

And the candidates in the 6th district had their only joint appearance last week when they met on KET. John Cheves says incumbent Rep. Andy Barr is a free-market conservative who opposes government over-regulation, while Democratic challenger Nancy Jo Kemper is more of a classic liberal who favors government involvement. Cheves says the candidates’ forum turned testy over the minimum wage. Barr opposes increasing the minimum, saying most of those who earn the wage are teenagers and interns. Cheves says Kemper responded that single mothers are more likely to earn the minimum and that the current $7.25 an hour is not a living wage. The Democrat wants to increase the minimum to $15, according to Cheves.

U.S. Senate Contest
Democrat Jim Gray continues to run a heavy schedule of ads for his challenge to U.S. Sen. Rand Paul. Smith says the question for Gray is can the Lexington mayor generate enough votes in heavily Democratic Metro Louisville to offset the advantage that Paul will have in rural Kentucky.

Gray chastises Paul for ignoring his constituents during his failed presidential bid. Ronnie Ellis says internal polling shows that some Kentuckians and even some Republicans were unhappy with Paul’s attempt to simultaneously run for the White House and the Senate. Paul is working to counter Gray’s criticism with ads that tout the incumbent’s 96 percent attendance record in Washington. The Republican ophthalmologist is also traveling the state doing town hall meetings and pro bono eye surgeries.

A former campaign manager for Paul has been accused of more illegal campaign finance activities. Cheves says Jesse Benton is accused of telling an undercover reporter for the British newspaper The Telegraph that he would help funnel a $2 million contribution from a Chinese donor to a super PAC supporting Republican presidential nominee Donald Trump. Such a move would violate prohibitions against foreign money in American elections. Cheves says a watchdog group has filed a complaint with the Federal Election Commission against Benton in the matter.

Benton was convicted earlier this year of plotting to pay an Iowa state senator to endorse the 2012 presidential campaign of former Texas Congressman Ron Paul. In addition to working for both Ron and Rand Paul, Benton was also a campaign manager for Sen. McConnell, according to Cheves.

Kentucky could undergo its first judicial redistricting in recent memory. State Supreme Court Chief Justice John Minton has pushed the idea to better allocate case loads among judges around the state. Ronnie Ellis says the plan is to maintain the current number of judges, but apportion them differently. He says court officials are expected to present their plan to the General Assembly in January with a goal of implementing the new districts by 2022. 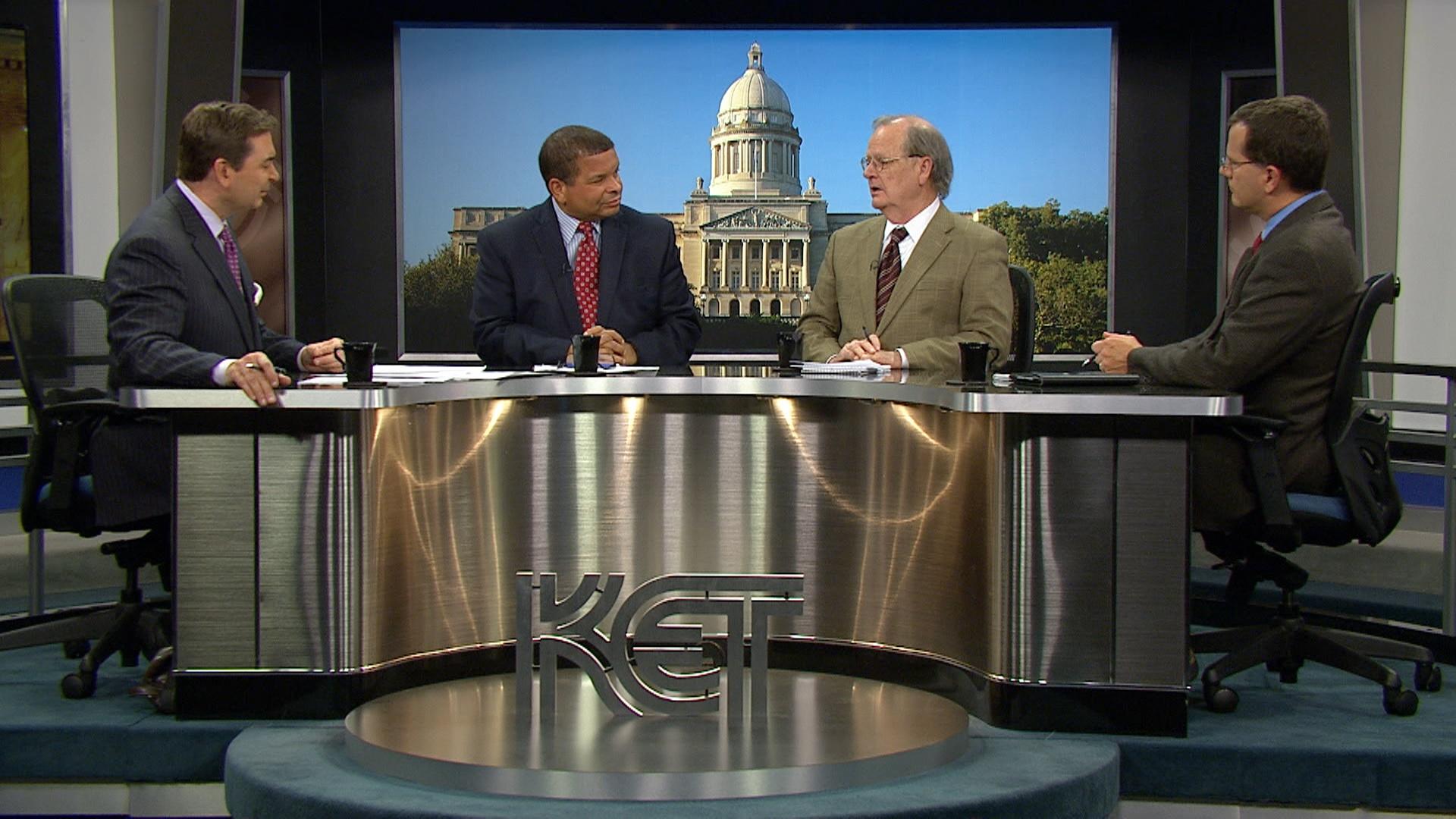