Renee Shaw and her guests remember the life of journalist, civil rights activist, and author Alice Allison Dunnigan, the first accredited African-American female correspondent to cover the White House, and the first black female member of the Senate and House of Representatives press galleries. Alice was born in Russellville, Kentucky, in 1906.
S15 E9 Length 26:37 Premiere: 10.27.19

White House correspondents often witness history, but on a summer afternoon in 1947 it was a journalist in the Oval Office who made history.

“This is the big day. It is the day that I go see the President of the United States,” recalled Alice Dunnigan, as she prepared to attend her a press briefing with President Harry Truman. She was the first African-American woman granted credentials to cover the White House, Congress, and the Supreme Court. The journalism skills she brought to the job had been sharpened since she was a child.

“It is indeed a long way from that red clay hill in rural Logan County, Ky., to the hallowed halls of this imposing structure,” Dunnigan wrote in her memoir. “It is a giant step from the ramshackle, unpainted, one-room school house… to the great magnificent mansion known as the White House.”

Dunnigan was born in 1906 to a sharecropper father and a mother who took in laundry. As a teenager attending the local segregated school, Dunnigan began writing short reports for the black newspaper in Owensboro.

“She had the journalism bug from the start,” says long-time political reporter Al Cross, who is director of the Institute for Rural Journalism and Community Issues at the University of Kentucky.

But life in southern Kentucky was not easy for blacks in the early 20th century. Cross says Russellville had a reputation for lynchings, and the plantation culture of the Confederacy lingered in the area for decades.

After training as a teacher at what is now Kentucky State University, Dunnigan got a job in a segregated school in Todd County. But she still had to do domestic labor for local white families to make ends meet. During World War II she moved to Washington, D.C., to take find civil service work.

“Alice was a person of ambition,” says Cross, “and she saw Washington as a really fertile field where you could plant your stake and make it grow, and she started making connections immediately.”

While in Washington, Dunnigan took classes at Howard University and began writing for black-owned newspapers and what was then called the Associated Negro Press news agency. In 1947, she garnered credentials to cover Capitol Hill and the White House.

“It’s really a remarkable story to come from such a relatively low position on the socio-economic totem pole and be in the Oval Office questioning the president,” says Cross.

Life as a Working Journalist

Dunnigan joined Truman’s weekly conversation with reporters, and she was part of the press pool that accompanied the president on his whistle-stop train tour during his 1948 re-election campaign.

“Truman treated her just like any other reporter,” says Cross.

She also challenged the president on segregation. After Truman issued the executive order to desegregate the military, Dunnigan asked the president when he would integrate military schools around the nation. Kevin Dunnigan, the journalist’s grandson, says that shortly after that question, Truman opened those schools to black service members, setting the stage for larger integration efforts to come.

“So she had a profound effect on those persons and it was a lead-in to desegregating the whole country,” says Kevin Dunnigan.

Even as a respected member of the press, Dunnigan still faced racism and racial indignities in the white world of Washington politics. Cross says Dunnigan’s perseverance and professionalism in the face of these challenges provides a good role model for young journalists.

“Students today are more aware of the issues of race and class and color and disparity,” says Cross. “Here they saw a great example of someone who had overcome quite a few obstacles.”

Soraya Dunnigan Brandon says her grandmother understood that blacks had to work twice as hard to get opportunities in those days.

“Then you had that pressure of, you are representing not just your family but you’re representing the race, and so you have to make us proud,” says Brandon.

In the 1960s Dunnigan left journalism to work in the administrations of President John F. Kennedy and President Lyndon B. Johnson. Kevin Dunnigan says his grandmother was one of the black leaders that LBJ asked to travel the nation after passage of the Civil Rights Act to see if American businesses were obeying the law. Dunnigan says his grandmother once admitted to him that she was afraid about what they might encounter on those trips.

“She said, ‘Fear is the underside of courage and almost anything that you do that’s significant, you may have a little fear in there. But manifest outwardly that fear with courage such that the deeper your fear, the stronger your courage,’” says Kevin Dunnigan.

Dunnigan published her autobiography, “A Black Woman’s Experience: From Schoolhouse to White House,” in 1974. She died in 1983 with few people knowing of her historic role in American journalism.

Paying Tribute to a Native Daughter

Then, a few years ago, Sonya Ross, a former White House correspondent for the Associated Press, decided to make a list of all the black women who had covered the Oval Office. She says she discovered there were 28, starting with Alice Dunnigan in 1947.

Ross had never heard of Dunnigan, so she researched her and learned her story. Then she nominated Dunnigan to be posthumously honored in the National Association of Black Journalists Hall of Fame.

That helped kindle interest in Dunnigan’s life and work back in her hometown of Russellville. Cross says local attorney and historic preservation activist Joe Gran Clark launched an effort to get a statue of the reporter made and located at the town’s African American Heritage Center.

“Having a statue to Alice Allison Dunnigan in the middle of the African American section of town is a real statement,” says Cross. “The fact that a leading white citizen of Russellville was willing to spearhead this kind of campaign I think sent a pretty strong message to everybody in Logan County.”

Clark asked Lexington sculptor Amanda Matthews to create a bronze likeness of Dunnigan. The statue was unveiled last year at the Newseum in Washington, D.C., and later travelled to the Truman Presidential Library and Kentucky State University, Dunnigan’s alma mater, before arriving at its permanent home in Russellville.

“Look at her, standing there tall and proud and beautiful, keeping watch over this wonderful community she loved,” said Sonya Ross at the commemoration ceremony in August.

After the ceremony, Suzette White reflected on her grandmother and her contributions to civil rights in America. She describes Dunnigan as a warrior who enjoyed drinking a Bloody Mary and smoking her pipe at the end of a long day.

“It’s been [113] years since she was born, and for this to take place at this time I think is more than past due,” says White. “It’s a momentous occasion for all of us.” 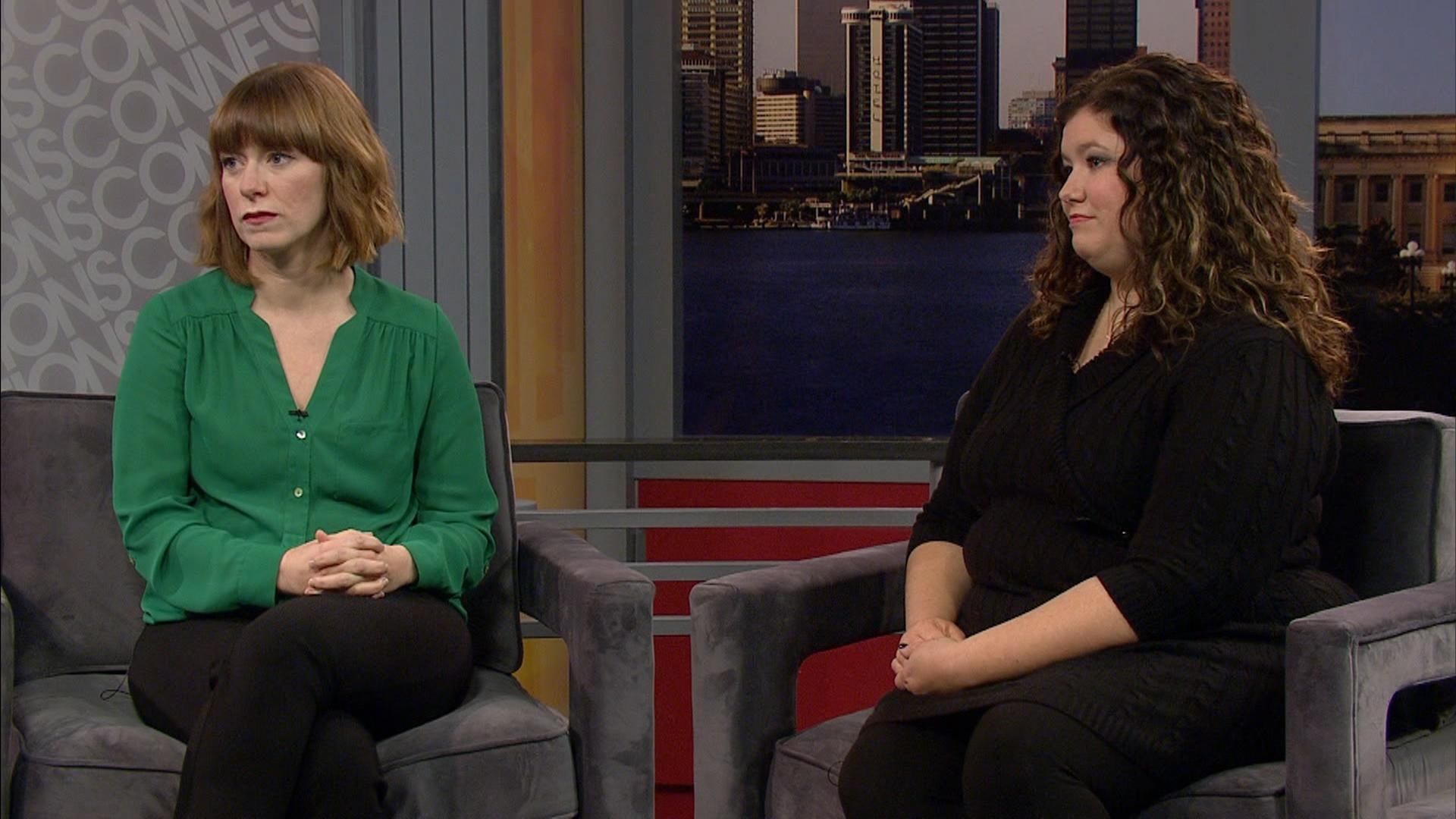 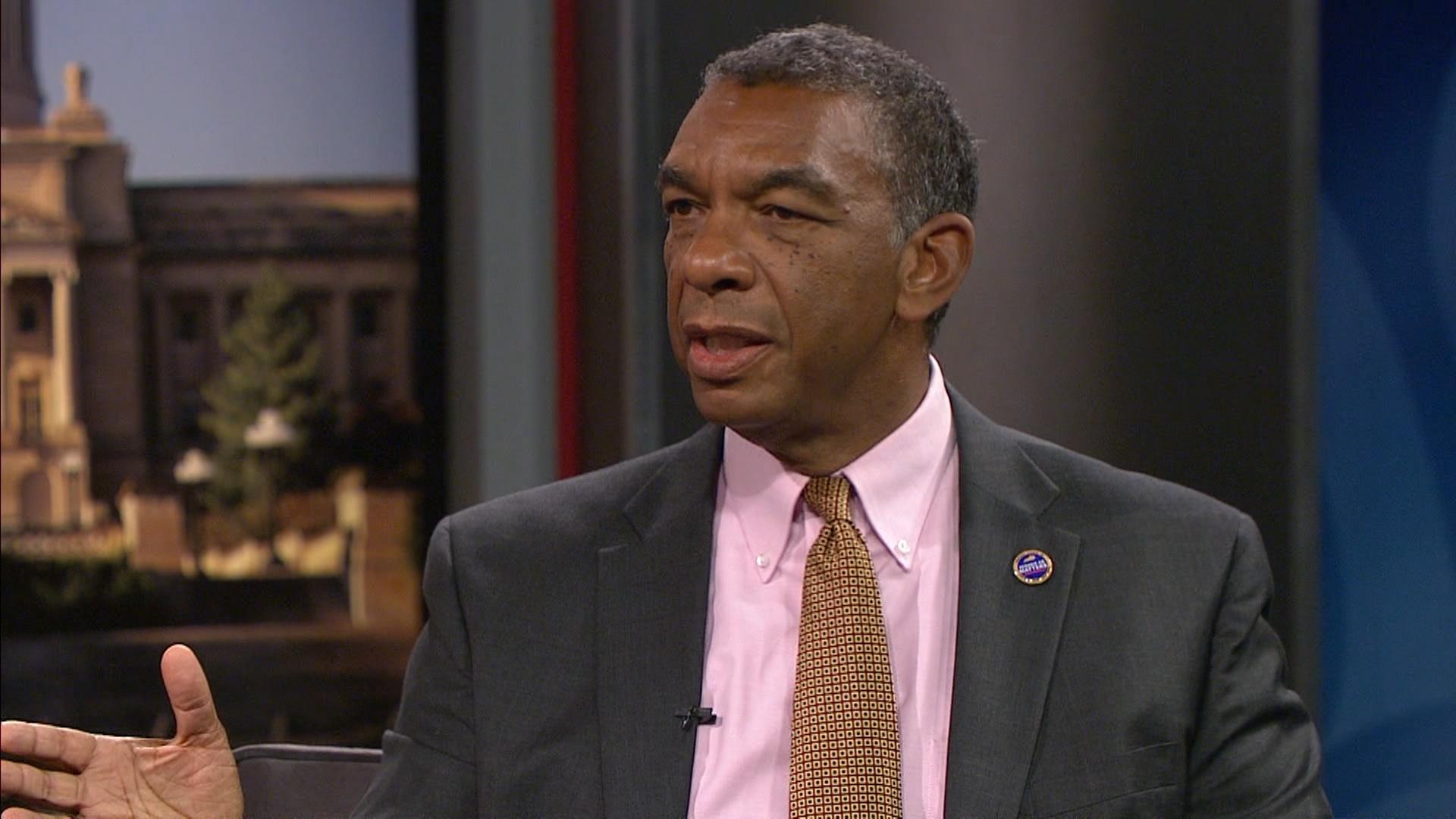