April is Child Abuse Prevention Month. Renee Shaw and her guests discuss the statistics of kids who suffer from abuse in Kentucky and some ways state organizations and policymakers are working to protect them. Guests include Shannon Moody, chief officer of strategic initiatives for Kentucky Youth Advocates and Sonja Grey, executive director of Exploited Children's Help Organization.
Season 17 Episode 22 Length 28:03 Premiere: 4/10/22

For three years prior to the COVID-19 pandemic, Kentucky had the highest rate of child abuse in the nation.

In 2020 and 2021, the commonwealth experienced fewer reports of abuse and dropped to fifth in the nation. But child welfare advocates say that doesn’t necessarily indicate fewer incidents of abuse and neglect. It could simply mean fewer reports were made because of pandemic-related disruptions and school closures.

“Especially for kids under the age of 4, we’ve seen significant cases of pediatric abusive head trauma,” says Moody. “Our doctors have also seen cases related to ingestion – children getting access to controlled substances or illicit substances and ingesting them and ending up in the hospital with a near-fatality or even fatality.”

She attributes those incidents to parents buckling under the stress of work, family, and COVID conditions, or children being watched by other adults who are unprepared to address the needs of youngsters. She says at least 90 percent of abuse cases involve some form of neglect.

Legislation to Protect Children from Abuse and Neglect

In the 2022 General Assembly session, lawmakers sought to improve child welfare in the commonwealth. Senate Bill 8 strengthens kinship care, expands the use of so-called fictive care, creates new rights for foster children, and directs social workers to intervene when children are at moderate risk of abuse instead of waiting until they are at imminent risk. Moody says social workers want to protect the health and safety of the child who may be experiencing abuse, but they also want to limit the trauma that child may experience by being placed in foster care.

“There are absolutely occasions where a child should not be remaining in the home,” says Moody. “But… I hope to see a reduction in the wrong kids being removed for the wrong reasons.”

Moody says the legislation also modifies the definition of neglect to take into account families who are struggling financially.

“We really need as a state and as individuals to understand the difference between neglect and poverty,” says Moody. “Within Senate Bill 8, they further differentiate what that means so that we’re not bringing people into the system that don’t need to be in the child welfare system if it’s really just a matter of financial or economic insecurity.”

Another measure known as Kami’s Law increases the criminal penalties for someone charged with abusing a child under the age of 12. The legislation stems from a case in which a nine-month-old girl named Kami suffered a severe brain injury. Her abuser spent less than five years in jail.

“The more that we can focus on preventive efforts” says Gray, “we’re going to be saving a lot of money through therapeutic services, through any type of policing, [employees] taking off from work.

ECHO already provides such training to schools and community groups that request it. The organization was founded nearly 40 years ago following the disappearance of a 12-year-old Louisville girl named Ann Gotlib. In 2008, police finally named a suspect in the abduction, but the man, a convicted felon, had already died. Gotlib’s body has never been found.

Because of the risks even the youngest children face, ECHO training opportunities now reach kids in kindergarten.

“Because we did see such a high percentage of younger kids being maltreated,” says Grey, “I really wanted to make sure that we were able to educate and empower even the little ones.”

“When we are in the classroom, everything that we do is age appropriate, so how we speak to a middle schooler or a high schooler is definitely going to be different [than] with the younger kiddos,” she says.

Grey says children learn how to identify a safe adult, and how to communicate that something inappropriate has happened. The training initially focused just on physical safety, but now includes internet safety as well. Grey says children need to know they should not accept friend requests from strangers or meet in person with someone they met online.

“Our kids grew up in a digital world,” says Grey. “This is a world that they live in, operate in, and breathe, but a lot of times we are not talking the dangers.”

Another sad reality for children today is the risk of human trafficking. But Moody says it’s not just strangers who induce children into sexual activities.

“Familial trafficking is a real problem in our state,” says Moody.

“It’s happening here in our city, and that is why we are so strong about advocating for children and educating adults about the signs to look out for,” says Grey.

Those signs include a sudden change in a child’s behavior, such as withdrawing from friends, becoming secretive, extreme anxiety or bed wetting, even over-achieving at school. Kentucky law requires anyone who suspects child abuse is occurring to report it to local law enforcement or the Kentucky State Police. They can also call the state’s Child Protection Branch at 877-KYSAFE-1. 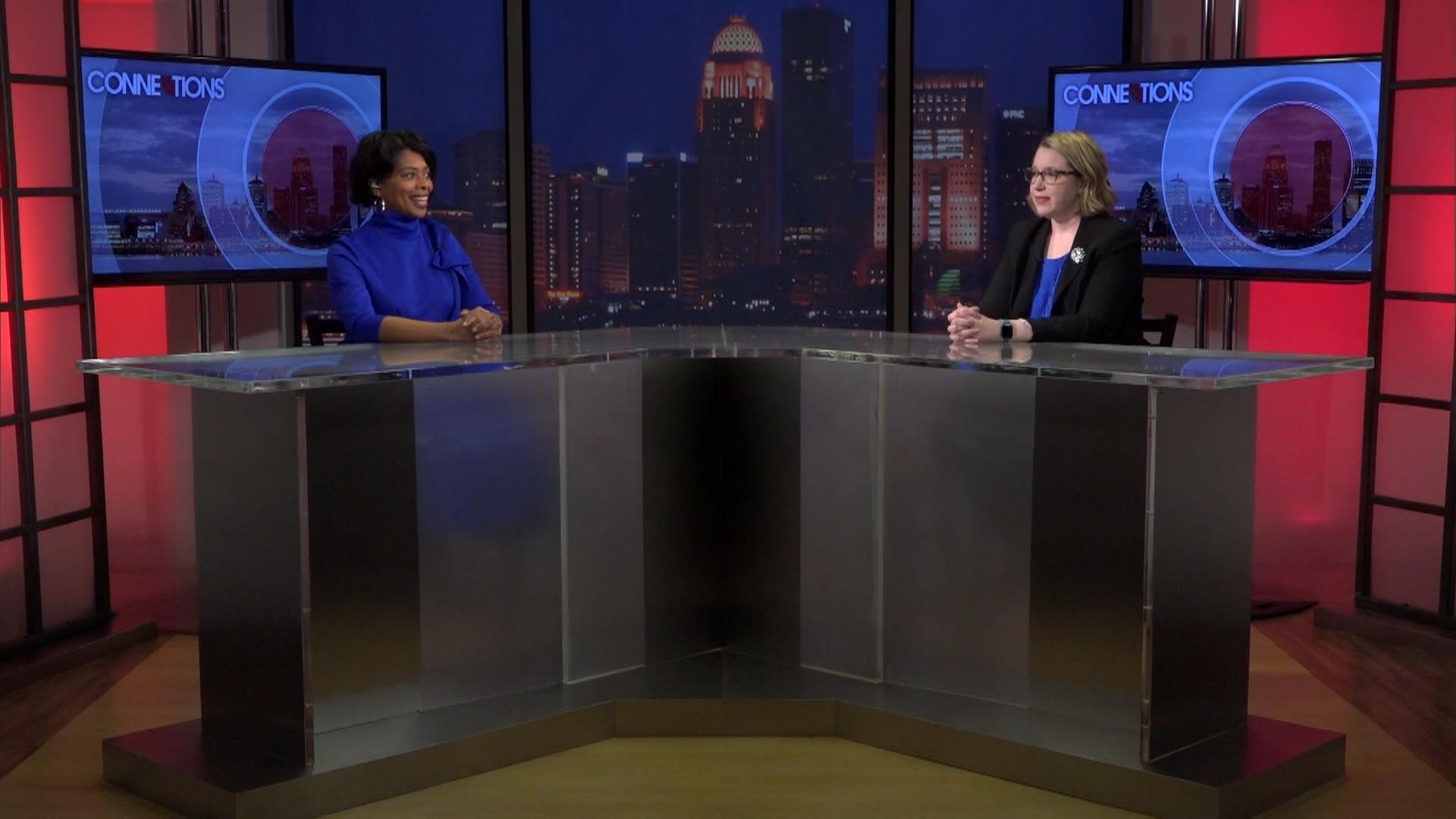