Delanor Manson, CEO of the Kentucky Nurses Association, talks about the nursing shortage in Kentucky and ideas for short and long-term solutions to build the workforce.
Season 17 Episode 30 Length 27:26 Premiere: 6/12/22

Kentucky already faced a shortage of nurses prior to COVID-19. But the once-in-a-century pandemic made a bad situation even worse as over-worked nurses and under-staffed health care facilities struggled to provide care under months of high patient caseloads. In addition to their regular duties, nurses found themselves mopping floors, changing beds, serving meals, and comforting dying patients who were isolated from their loved ones.

“Those were things that nurses were doing it,” says Kentucky Nurses Association CEO Delanor Manson. “It’s not because nurses wanted to do it, it just needed to be done.”

Nurses comprise just over 53 percent of the state’s health care workforce. Even with some 89,000 licensed nurses employed in the commonwealth, the KNA estimates the state will need 16,000 additional nurses by 2024.

“If we don’t have enough nurses to work in all the places where nurses work, when you get sick, when I get sick, there won’t be nurses there to take care of us,” says Manson. “It is a crisis.”

Factors Contributing to the Shortage of Nurses

Manson attributes the shortage to a variety of factors. First, she says many nurses are retiring early or simply leaving the profession due to burnout or because they feel disrespected by their employers or their colleagues.

“There is some bullying going on in health care organizations of nurse to nurse, physician to nurse, health care provider to nurse,” says Manson. “For those organizations that do not have a zero tolerance of workplace abuse, they’re going to lose those nurses because there are jobs everywhere. They don’t have to stay there; they can go wherever they want to go.”

Even the luster of being health care heroes during COVID has faded for some nurses. Manson recounts the experience of one Kentucky nurse who went to the grocery in her work scrubs and was spit on by another customer. As the face of health care for many people, Manson says nurses have become the target of partisan anger over masking, vaccinations, and other public health measures.

During the pandemic, many nurses left their regular jobs to work as so-called travel nurses who take temporary positions at other hospitals. While some travel nurses commuted to other cities or states, Manson some says others went to work at facilities literally across the street from their previous employers. In addition to pay rates of $150 to $200 an hour, Manson says travel nurses also receive stipends for housing, food, and mileage.

But travel nurses also drew criticism for leaving their regular employment to chase more lucrative contract positions. Manson says that pay was critical to some nurses who needed the money to retire student loan debts. And regardless of their motives, Manson contends travel nurses became an essential part of the health care workforce.

“Thank goodness for travel nurses because we were so short in every place where nurses work,” she says. “Those travel nurses filled holes that were huge.”

Nursing is also plagued with supply-side issues. In spite of efforts to recruit more people into the profession, Manson says there are 1,700 open slots in the state’s nursing schools. She attributes that to multiple causes.

While many working nurses carry student loan debt, so do many nursing school faculty members. She says many of those instructors have to work multiple jobs themselves because their teaching positions don’t pay wages comparable to what other professionals of similar education levels earn.

Clinical rotation options are limited, according to Manson, because there are only so many hospitals and long-term care facilities that can host student-nurses. Even during the chaotic early days of the pandemic, many places that needed extra nursing help couldn’t take on students because they didn’t have enough personal protective equipment (PPE) to give them, according to Manson.

Student recruitment is also a challenge. Manson says rebranding the profession would help with that.

“We have to do something to make nursing one of those professions that children want to be when they grow up,” she says. “That’s going to take funding in order to do that.”

Lawmakers Attempt to Address the Shortage

Manson says the KNA asked lawmakers in the 2022 General Assembly for funds to do a brand image campaign, but that request went unfulfilled.

“Legislators meant well… they really wanted to help,” says Mason. But she adds, “There’s nothing in Senate Bill [10] that helps us to address the immediate nursing shortage crisis.”

Manson says the Kentucky Board of Nursing already had provisions to allow out-of-state nurses to work in the commonwealth. She also says nursing training takes anywhere from two to five years, so even creating more slots for students wouldn’t help fill the short-term need for nurses.

To address the immediate shortage, Manson says senior nursing students should be allowed to work while they complete their final year of schooling. She also wants more support for a nurse emeritus program that encourages retired nurses in the state, which number about 5,000, to return to work, but with lighter duties and shorter hours.

“They want to help, and if we could make it so they could help, I think we could get them back,” says Manson.

Gov. Andy Beshear called for $400 million in “hero pay” to go to the state’s essential workers, which would have included nurses, but lawmakers rejected that idea. Legislators also declined a request from the KNA to pay a retention bonus to nurses who remained at their jobs during the pandemic: $1,000 for each registered nurse and $750 for each licensed practical nurse.

“We were not calling it hero pay because we can’t pay them what they deserve,” Manson says. “But we could give them something that says thank you for staying.”

Another way the health care industry and lawmakers could ease the plight of nurses, according to Manson, is to include them in policymaking discussions.

“I cannot tell you how many nurses said to me, ‘We don’t want any more donuts. No more pizza, want to be at table where the decisions are being made,’” she says. “Ask us. We will give you the answers. We are health care experts.” 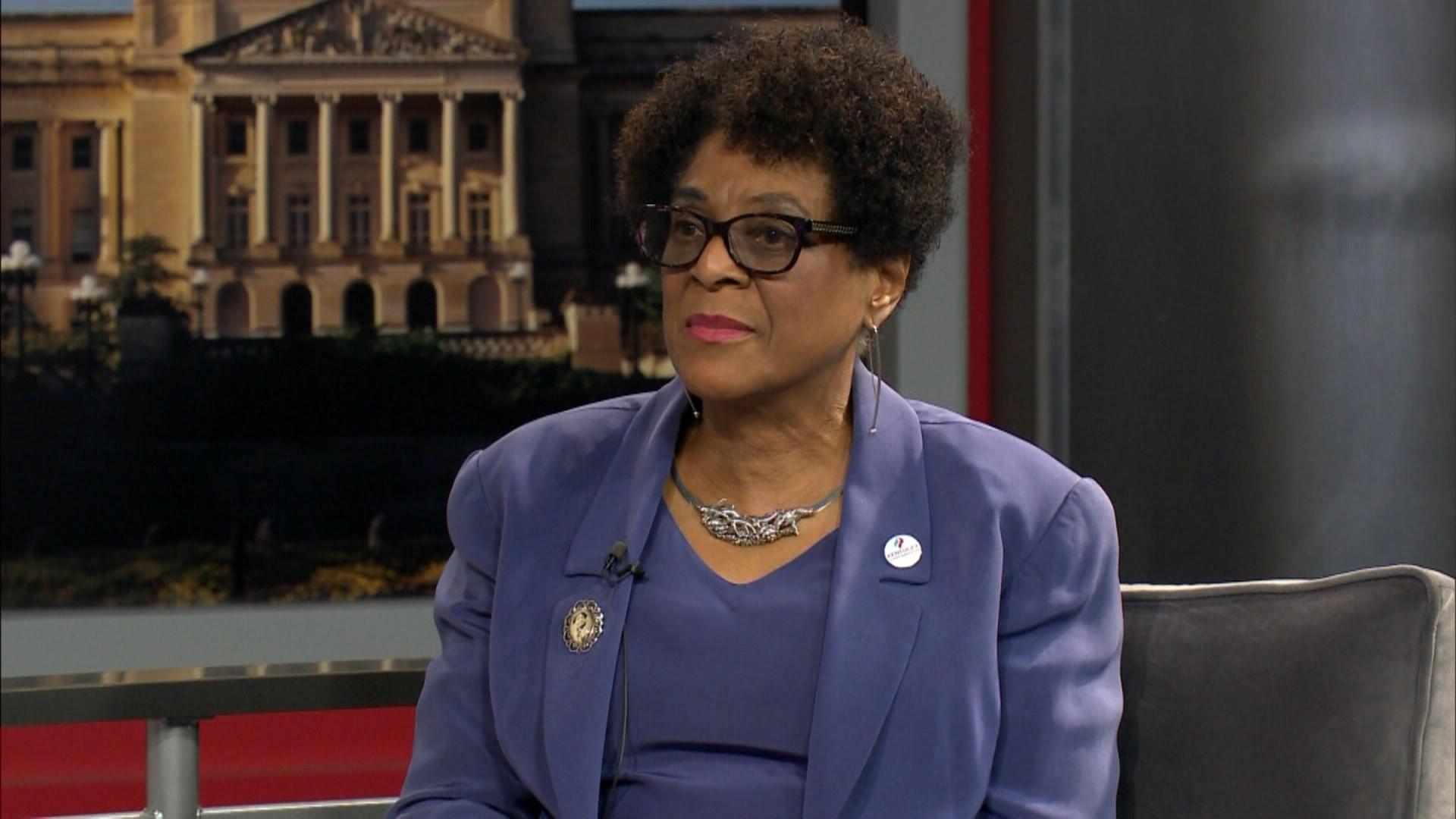