Robert Wright, author of Why Buddhism is True: The Science and Philosophy of Meditation and Enlightenment, is interviewed by Jon Kabat-Zinn, founding executive director of the Center for Mindfulness in Medicine, Health Care, and Society at the University of Massachusetts Medical School.
Season 20 Episode 1 Length 56:33 Premiere: 01/29/18

Robert Wright, author of Why Buddhism is True: The Science and Philosophy of Meditation and Enlightenment, is interviewed by Jon Kabat-Zinn, founding executive director of the Center for Mindfulness in Medicine, Health Care, and Society at the University of Massachusetts Medical School.

[KET filmed the interview Nov. 27, 2017, as part of the University of Louisville Kentucky Author Forum, a non-profit, nationally-recognized literary event. The program is the first episode of the 20th season of this series.]

Learning Meditation
Wright says that he had attempted meditation since college but never felt that he succeeded at it. But that made him a good test case for the research that went into his book.

It took a few frustrating days at the retreat before Wright’s meditation practice started to make sense.

“But I, by the third or fourth day I guess I was starting to see what the point of it was,” Wright remembers. “I had what I consider my first kind of breakthrough…I’d had too much coffee. I had this over-caffeinated feeling. I had this tension in my jaw, like stress. I was meditating and all of a sudden, I was looking at the feeling in a different way. I was like, ‘Yeah, there is that really unpleasant feeling in my jaw, but it’s kind of down there and I’m more up here and up here and it’s actually no longer unpleasant.’ I was observing the feeling. I wasn’t ceasing to experience it, but the unpleasantness had gone out of it.”

Science and Buddhism
One of the principles of Buddhism is that human suffering occurs because people don’t see the world clearly. Wright believes that there’s scientific evidence to back up this worldview based on his research in evolutionary psychology.

“[There are] two fundamental things that I think really align with the Buddhist diagnosis: We’re not designed by natural selection to always see the world clearly. There are illusions built into us, illusions about ourselves, illusions about the world out there, including the people out there.

“The other thing is we were not ‘designed’ to be happy…Natural selection isn’t a conscious designer, but the fact is the brain was not engineered for enduring happiness, and in fact gratification was kind of designed to evaporate. Buddhism deals with the impermanence of everything, certainly including the fleetingness of gratification.”

Wright says that Buddhism explains this with the concept of dukkha.

“Dukkha is typically translated as suffering, but dukkha also has a strong connotation as a kind of unsatisfactoriness,” Wright explains. “That’s when you see a real connection between the Buddhist diagnosis and the view of evolutionary psychology. We’re designed in a certain sense to never be contented with anything. If you imagine an animal that had one meal and never got hungry again or somebody who had sex and basked in the afterglow never had sex again, well, these are the kind of animals that aren’t going to get many genes into the next generation and that’s why we do so commonly have this feeling that we need just a little bit more. The promotion that we thought was going to make us enduringly happy, the gratification doesn’t last that long. This is just deeply interwoven into the fabric of being human.”

Where science explains why humans experience dukkha, Buddhism and the practice of meditation offer a way to alleviate it.

“The first problem when you try to meditate for the first time is that your mind is going all over the place,” says Wright. “A related problem is just when you start thinking about your situation, you want to be doing something else. You want things to be different. And if you just observe, that thirst, the craving for things to be a little different, it transforms your relationship to it and kind of disempowers it.”

Conflict, Fake News, and the Prescription for Mindfulness Meditation
Buddhism addresses a lack of clarity as not just an individual problem, but one that affects the entire world through the way that people treat each other. Evolutionary psychology explains this phenomenon similarly. Humans are predisposed to tribalism, classifying other people as allies or enemies and behaving accordingly.

“We are learning about the dynamics of so-called cognitive bias,” says Wright. “People are [becoming] aware that their ordinary state of consciousness is not necessarily trustworthy.

“One cognitive bias is what’s called attribution error,” Wright continues. “Attribution refers to what do we attribute someone’s behavior. If you see someone in the checkout line who’s rude to a checkout clerk, you say, Oh, he’s a jerk. You may be right, you may be wrong. He may have just had a bad day, but you don’t know. You’re attributing his behavior to his essence as opposed to the situation.

“The interesting twist on this is that attribution error comes in different forms. If it’s a friend or ally, and they do something good, we attribute to them, to their essence. That’s the kind of person they are. If they do something bad, we explain it away. They didn’t get their nap.

“If it’s an enemy, it’s the opposite. Whenever they do something bad, that reaffirms our views that they are fundamentally bad people. If they do something good, we explain it away. We say they were just showing off, trying to impress people. That’s a good example of a dynamic that’s so subtle that most of us don’t realize it, although once you hear about it, you realize you are probably doing it.”

Wright believes that the attribution error contributes to the polarization of modern politics and even the proliferation of fake news.

“This is the kind of thing I’m more aware of by virtue of meditating. When I start to click retweet, I realize that when we do things there’s typically a feeling guiding us, and it’s that this article sounded like the kind of thing that would reflect badly on the enemy ideological tribe, so get it out there. I think meditation can actually reduce the amount of fake news out there.”

“When you reflect calmly on the way your mind is working, you will likely become more aware of how feelings are distorting certain kinds of thinking,” he says. “If you meditate with commitment every day and try to carry that into everyday life, I think you will find yourself making different judgments about things and seeing things more clearly.”

The Benefits of Emptiness
Wright explains the Buddhist concept of emptiness, which is often misunderstood.

“The way it’s usually described it doesn’t make sense to people,” he says. “It’s like, You’re saying everything I see is pervaded by an emptiness. It doesn’t sound like something I especially want to believe, it doesn’t sound very inspiring, but what does that mean? Another way to say it [is that] things don’t actually have the essences that we often ascribe to them.”

Wright shares a story from his time at the Insight Meditation Society retreat that illustrates the concept of removing those ascribed essences to view the world with that beneficial sense of emptiness.

“I was taking a walk in the woods and I saw a weed called a plantain weed, which traditionally I had only hostile feelings toward because it had invaded my lawn,” he says. “This is well into the retreat when I’m looking at things differently, and I just looked at this weed, and I thought, why have I been considering it a weed? It’s as beautiful as everything else in the forest.

“On one level, this was almost a trivial observation,” Wright says. “What I was saying was “weed” is a human-invented category. It’s not like some plants have “weed” written in their DNA and some don’t. Weeds are just things that some cultures decide they don’t want in their gardens. And I was suddenly seeing things from a more objective point of view rather from that more culturally informed point of view. As trivial as that sounds as an observation, what’s interesting is how deep the shift feels, when you no longer are seeing essence in things. That’s what we mean in Buddhism by emptiness. It’s not a bad thing. It enables you to see beauty where you hadn’t seen it before.” 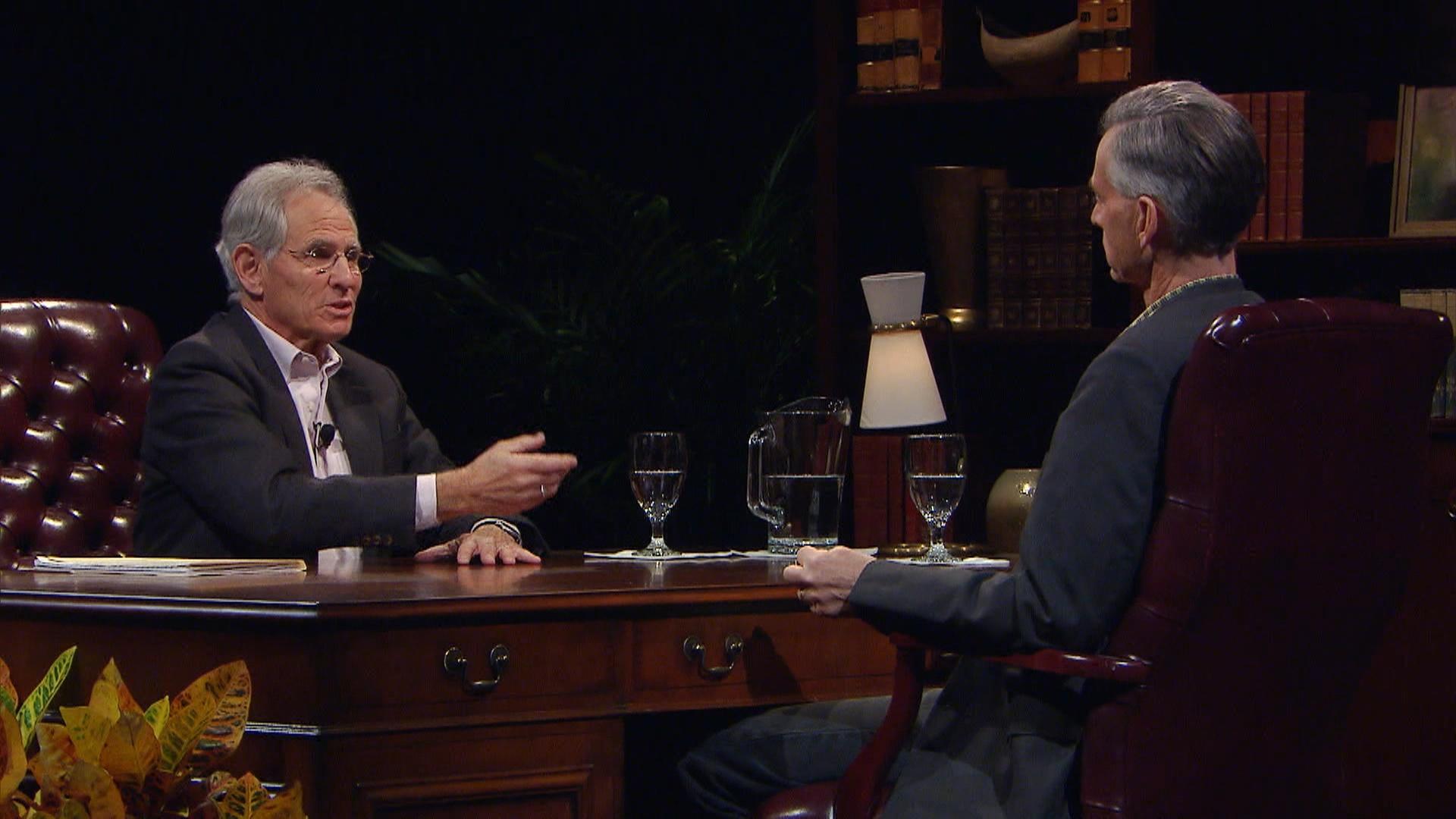