As the 2022-2023 school year gets underway across the commonwealth, many students will encounter new faces in their hallways and classrooms: those of school resource officers.

The Kentucky General Assembly passed legislation earlier this year requiring every public school campus in the state have at least one of these armed law enforcement officers in place by Aug. 1 to provide security for students, teachers, and staff while at school.

“Kids do their best learning when they feel safe and they feel loved,” says Montgomery County Schools Director of Law Enforcement Chris Barrier. “Having an SRO in the building is going to help with that.”

Some school districts have formed their own police departments to staff their SRO needs, while other districts are working with local law enforcement to fill the positions.

But the Kentucky Center for School Safety indicates there could be as many as 600 campuses around the state that will not have an SRO in place by this week’s deadline.

Qualified SRO candidates are in short supply in some areas. SROs in Kentucky are required to have 120 hours of specialized training over three years.

A bigger issue is a lack of funding to hire the needed officers. While the legislature required an SRO for every campus, they did not appropriate the money to fulfill that mandate.

“That creates a tough question at every school district in the state (which) is what are you going to do without in order to have that,” says Kentucky Education Commissioner Jason Glass. “Do I do without a counselor or a teacher? Do I increase class sizes? Do I do without certain supports?”

Glass estimates it will cost about $100 million a year to fulfill the SRO mandate statewide. He, along with the Kentucky Education Association, argues that lawmakers should allocate money to help school districts that lack the fiscal resources to hire the necessary SROs.

“We did appropriate $13 million to school safety,” says Wilson. “We also appropriated $575 additional million to the schools in total this year. So it was record funding to school systems.”

Pros and Cons of Police in Schools

SROs have been a feature of public education since the late 1990s to combat an increase in crime and drug problems at some schools. More districts added armed officers after the 1999 Columbine, Co. massacre.

Kentucky lawmakers recommended school districts add SROs in a 2019 bill called the School Safety and Resiliency Act, which was a response to the 2018 shooting at Marshall County High School that left two students dead. That recommendation became a mandate with this year’s House Bill 63.

But not all lawmakers are sold on the idea of putting police into schools.

“Kids want to be able to go to school and thrive and not be afraid of the officers who are in the building,” says Rep. Attica Scott (D-Louisville), who voted against both measures. “Our kids want love and support, and want polices, and practices, and procedures that focus on how do you teach kids about conflict resolution, how do you teach them to address their issues with one another rather than resorting to violence.”

While SROs are meant to enhance school safety and security and intervene if there is criminal activity, Barrier says they are not there to participate in day-to-day disciplining of students. He says a large part of the job is to connect with students as mentors, coaches, and friends.

“They’re so good about... building long-term, meaningful relationships with kids, and staff, and community members,” says Barrier. “They’re so much more than law enforcement officers in their schools.”

Fayette County SROs work closely with school counselors and mental health specialists to foster bonds with students that can extend from kindergarten through high school. That includes special training on diversity and cultural competency issues to ensure that SROs connect with children of all backgrounds and life experiences.

“It’s the mentorship that makes them feel safe,” says Dedeeh Newbern, chief of student support in Fayette County. “We know from research that one connected adult with one kid is what makes the difference in their ability to complete school. Sometimes that one adult is their SRO.”

But a 2021 report from the Lexington Herald-Leader called into question the success of those diversity efforts. The paper said Black youth comprised 86 percent of student arrests and 92 percent student criminal charges in Fayette County schools, even though the total student population in the district is only 23 percent African American.

“This is something that we’re always looking to get better at, and we always want to be conscious of these numbers,” says Schafer.

Educators also have mixed feelings about the use of SROs, according to Commissioner Glass, especially since he says the data on their effectiveness at stopping school shootings is mixed. He says the potential disparities in enforcement reinforce the need for proper selection and training of the officers.

“An effective, trained school resource officer can be a value-add to a school system,” says Glass. “But there are real concerns about increasing the policing that’s happening in schools, especially if you have an officer in there that doesn’t have the right background, temperament, training to do that job.”

Other Options to Enhance School Security

In addition to SROs, schools have been required to make campuses more secure through physical changes to buildings, policies that limit access to schools by outsiders, and training for students and staff on what to do in the event of a shooting or other emergency.

But even those efforts to harden school facilities can be a challenge for some districts. Glass says many schools were built decades ago and require expensive retrofits to limit access points and install other security protections. Some buildings also lack air conditioning, which means staff may skirt safety protocols and keep doors and windows open on especially hot days.

Glass says there are additional options that educators and policymakers should consider to promote school safety. He says the statewide safety tip line 866-393-6659 needs better promotion to make students and parents aware of how to anonymously report potential threats to a school. He also wants more funding for bullying prevention programs.

Finally, Glass says lawmakers should consider gun safety measures like so-called red flag laws to temporarily remove weapons from the home of a person in crisis. He also suggests a higher minimum age for firearms purchases, and requirements for safe gun storage to help keep weapons out of the hands of children who might harm themselves or others.

“Regrettably we have enough data on mass murders and school shootings that we have empirical evidence around policies and procedures that are effective and those that aren’t,” says Glass. “We need to be looking at that.”

Red flag and safe storage bills have been proposed in the General Assembly but have failed to make headway in the Republican-dominated legislature. Wilson says he opposed previous red flag measures over due process concerns associated with taking an individual’s guns. He also sees other gun restrictions as unnecessary.

“Right now, guns are not allowed on school campuses by law,” says Wilson. “I don’t know any other laws that would work to keep guns out of school.”

SROs Schafer and Barrier say they avoid policy debates but they do support more efforts to address bullying.

“We take a proactive stance that we’re not going to let this behavior develop,” says Schafer. “We want to provide the supports and resources for every student, but particularly ones that have had signs or experience bullying because there’s no place for that in our schools.”

Gun laws and bullying prevention are critical, according to Rep. Scott, but she says safety efforts shouldn’t stop at the schoolhouse door. She argues that students, staff, and parents must also be able to feel safe in their communities.

With the recent Uvalde, Texas, shooting still fresh in the minds of many people, state officials want to assure Kentuckians that public schools here are safe, although they also admit there are no guarantees to cover every situation. Barrier says that’s one reason why he believes it’s critical that schools have well-trained SROs available.

“What we know about school shooters is that once a school shooter has been appropriately engaged by a law enforcement officer, there’s been no further loss of life,” says Barrier. “So the sooner that I can get there to help, the better off the students are going to be.” 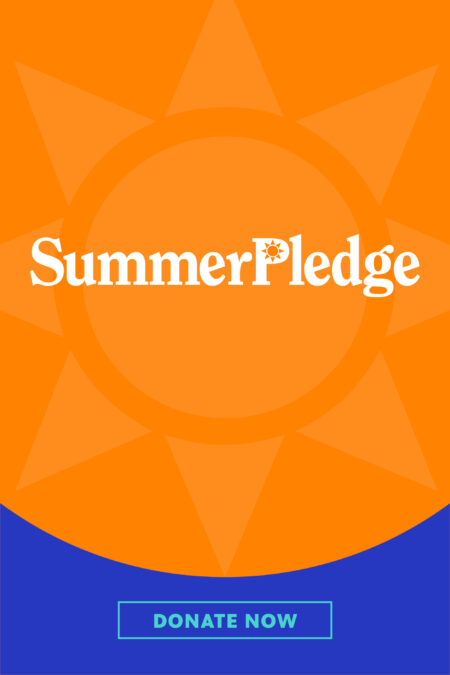 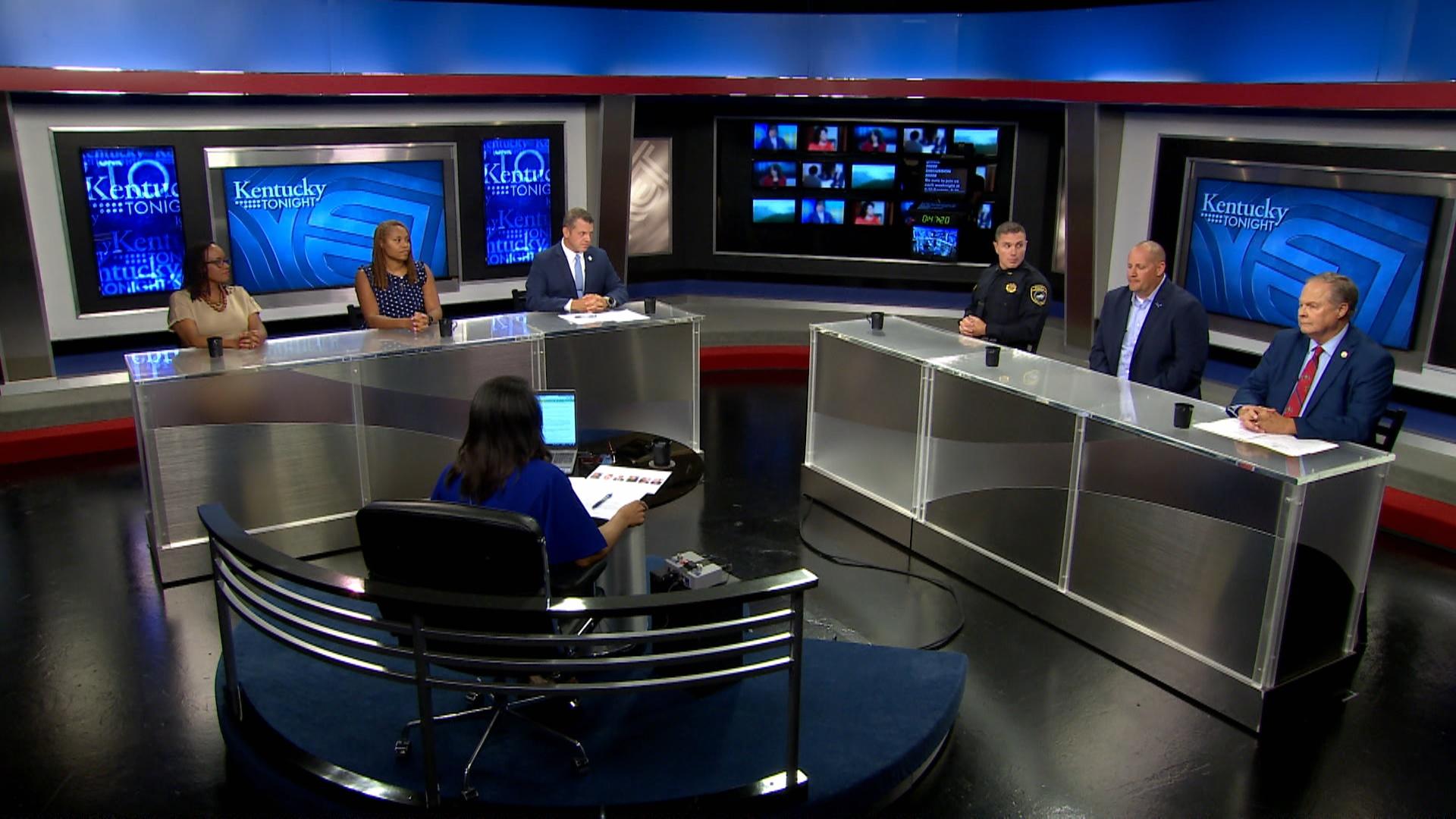