Kentucky House Speaker David Osborne promised an “aggressive approach” to scheduling work on a new state budget in his chamber.

Only 12 days into the 2022 General Assembly session, Osborne made good on that pledge when the House of Representatives passed its version of a new biennial spending plan. Democrats decried the swift passage as a rush job, moving House Bill 1 from introduction to passage in less than two weeks. Republican leaders say it was the product of eight months of extensive research, committee testimony, and deliberations.

“When you take what would normally be done in a session in January and February and you do all of that in the interim prior, it seems like it’s moving really fast,” says House Appropriations and Revenue Committee Chair Jason Petrie (R-Elkton). “But in some senses, it’s not.”

Democrats also argue that it was a mistake for Republicans to release HB 1 even before Gov. Andy Beshear had presented his budget address to lawmakers. It’s traditional for House leadership to unveil their spending plan after the sitting governor releases his or her plan. Still Rep. Josie Raymond, a Louisville Democrat on the House budget panel, says there are things to like about the GOP proposal.

“This budget is a solid first draft – it was thoughtfully done,” says Raymond. “It does no harm. There are no cuts in this budget, and that’s the first time we could say that in 16 years.”

To Spend or Not to Spend the Surplus

House Bill 1, which is now before the Senate for its consideration, includes a 6 percent pay raise for all state employees plus larger bumps for state police officers and social workers. It also provides a modest increase in per-pupil funding for public schools, money for student transportation and full-day kindergarten, and a boost in the performance-based funding pool for the state’s public colleges and universities.

The GOP plan does not include a specific pay raises for teachers, or money for pre-kindergarten or child care. Petrie says the increased dollars HB 1 allocates to public education should free up money at the local level, which would enable districts to provide pay bumps as they see fit. He also says pre-K and child care funding could come in separate bills later in the session

The House GOP budget also leaves about $1.1 billion left unappropriated, which Democrats contend is a missed opportunity to address a range of critical needs from child care, to universal pre-kindergarten, to student loan forgiveness for nurses and teachers.

“Nobody wants to blow money, but at some point it’s fiscally irresponsible to sit on money that could be put to work for us,” says Raymond. “We haven’t closed racial wealth gaps in Kentucky, we haven’t ended health disparities, we surely have not solved pandemic learning loss.”

In addition to billions of dollars coming to Kentucky from the American Rescue Plan Act, the state also accrued a significant surplus of revenues over the fiscal year. Kentucky Center for Economic Policy Executive Director Jason Bailey says that gives lawmakers one-time funds and recurring moneys to invest in the commonwealth.

Petrie says his committee considered a wide range of fiscal needs and wants as they crafted the House budget, and he says senators will go through a similar process of prioritizing the projects and areas they want to fund. But Petrie contends that just because $1.1 billion is unappropriated so far doesn’t mean lawmakers should rush to spend it. He says incremental change based on thorough planning is the better approach.

“I don’t want to throw money [at a problem],” says Petrie. “I want to make sure that whatever we do, there’s forethought put in, there is a plan in place… so that you can continue to use that money to the maximum benefit for Kentuckians.”

While Republicans and Democrats haggle over whether and how to spend the surplus, Pegasus Institute Senior Fellow Anne-Tyler Morgan says it’s important to note the areas of bipartisan agreement, such as more money for social workers. She says there’s time to explore the options for spending those unallocated funds.

“We’ve heard a lot about the unprecedented surplus that we have and the opportunities that it brings for transformational investment, but Kentuckians also face unprecedented hardships now that require critical spending,” says Morgan. “So I think this budget strikes the balance fairly well…. between those urgent needs and the significant investments that can be made for the commonwealth.”

The Option of Additional Tax Cuts

Republican leaders have indicated a desire to return some portion of that surplus to Kentuckians, potentially in the form of tax cuts. The legislature, under GOP control, enacted a major tax reform bill in 2018 that reduced the state’s multiple tax brackets to a single 5 percent bracket for both personal and corporate income taxes.

Petrie contends that lowering the income tax even further – to 2 or 3 percent – would induce more people to move to Kentucky. He says that population growth would fuel economic growth.

But shifting the state revenue model from income taxes to more consumption taxes worries some policymakers, since that would likely mean raising the overall sales tax and/or taxing goods and services that are not currently taxed. Raymond says she fears another tax cut would benefit only the wealthy and squander the state’s $1 billion surplus.

Bailey argues that a further income tax cut could devastate the state budget since about half of Kentucky’s revenues come from income taxes. He also contends that tax cuts favor the wealthy without strengthening the overall economy, saying the nine states with no income taxes are growing slower than the states with the highest income taxes. Finally, he disputes the notion that lower taxes are a big driver for relocation.

Petrie says he’s heard from plenty of people who care more about their take-home pay than amenities, and that would readily move to a place with lower or no income taxes. He says any further changes to the state’s tax code would be crafted with Kentucky’s specific economic drivers in mind, and he says history proves that tax cuts do benefit the commonwealth.

“We’ve already done it in 2018 and guess what? The world didn’t end,” says Petrie. “Guess what? Actually our numbers got better.”

Beyond tax rates, Democrats say the state is missing out on potential new revenue by not allowing sports betting or other forms of expanded gaming, or by failing to legalize medicinal or recreational marijuana. Morgan says those ideas would be of little benefit to Kentucky.

“Anytime we talk about these smaller revenue measures, they’ll be debated endlessly, but the amount of money that they’ll actually generate for the commonwealth of Kentucky may be negligible,” she says. “We need to focus on what over the long term can bring in more growth to the state and more economic development to really see some change.”

Morgan says the state should explore a range of incentives that will both attract workers to Kentucky and help small businesses pay their employees more. She says states like Tennessee and Texas have enjoyed unprecedented growth by shifting away from income taxes, but she says Kentucky should continue to pursue a slow transition to more consumption taxes. She says that will help ensure the state’s revenue needs will be met. 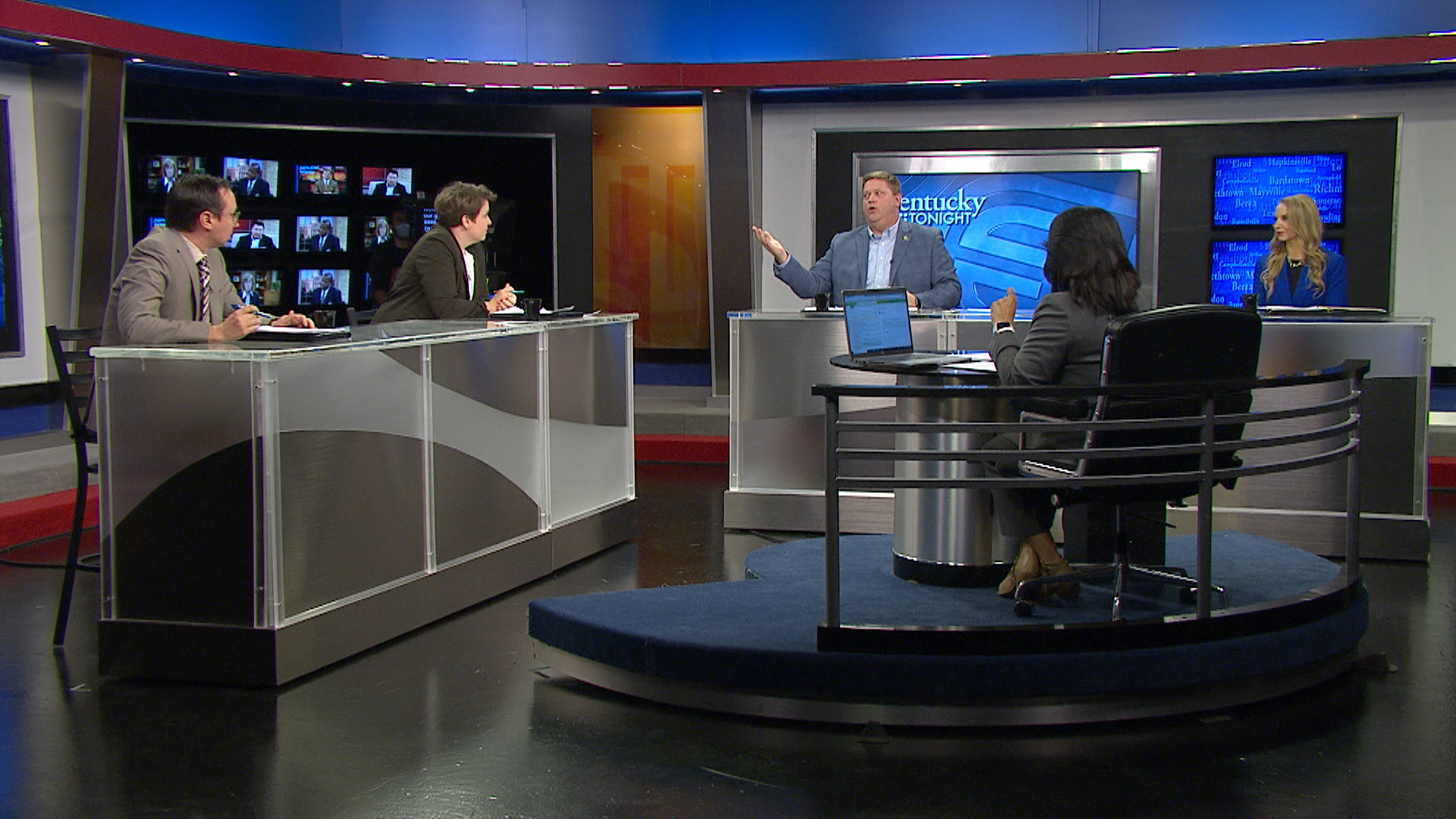