When her children struggled with virtual learning during the COVID pandemic closure of her local public schools, Desirae Caudill made a difficult decision. The mother of three decided to pull two of her children out of the Madison County system and place them in a private elementary school.

“They are now thriving in their new environment,” Caudill told attendees at a recent rally of school choice advocates at the state capitol. “They benefit from small class sizes, personal attention from their teachers, and they have more opportunities for hands-on learning.”

But the move came with a significant cost. Caudill said she’s had to scrimp to be able to afford the tuition at her children’s private school. Despite the financial hardship, she said she’s luckier than many Kentucky parents who would like to put their children into a different school.

“Some families cannot afford a choice at all,” said Caudill. “As a parent, we just want to be able to choose the right education environment for our children.”

To help address the affordability issue, the Republican-controlled state legislature passed House Bill 563 in the 2021 General Assembly session. It created a tax credit for individual and corporate donations to organizations that would provide tuition funds for students to attend a private school of their choice. The bulk of the money is meant to go to needy students based on their eligibility for reduced-price school meals.

While student funds – called education opportunity accounts (EOAs) – could be used for public school expenses such as tutoring, textbooks, computers, or other items, a goal of the bill was to remove financial barriers to parents who want to place their children in private schools but can’t otherwise afford it.

“Tax credits are the first dollars that are paid out of general funds,” says Kentucky Education Association President Eddie Campbell. “Anything left over is what we use to fund public works in the state of Kentucky. Public schools are a big part of that.”

Last October, Franklin Circuit Court Judge Phillip Shepherd ruled the tax credit portions of HB 563 unconstitutional. Shepherd also struck down another provision that said EOAs could only be used for private school tuitions in the state’s most populous counties. He ruled that was discriminatory to students in the remaining counties. Shepherd said voters should decide (through a constitutional amendment) whether tax dollars for education should be allocated to anything other than public schools.

“Every parent should be able to choose what’s best for their own child, but I think that as legislators, we have to follow the constitution,” says Rep. Tina Bojanwoski, a member of the House Education Committee and a special education teacher in Louisville.

The Democrat says the state constitution calls for tax dollars to go to a common system of public schools that provide all Kentucky children an adequate education. In addition to the constitutional questions raised by the legislation, Bojanowski also opposes how wealthy benefactors will benefit, calling the program a “voucher tax shelter.”

“Corporations can donate or wealthy individuals up to $1 million and almost get a one-for-one [tax] credit for that money,” says Bojanowski. “If the type of donation they make is a marketable security, they don’t have to pay a capital gains tax on that.”

HB 563 proponents reject the idea that the EOAs constitute a voucher program. Andrew Vandiver, president of EdChoice Kentucky, says similar tax credit programs in other states have withstood court challenges and he believes the HB 563 plan will as well, if the Kentucky Supreme Court takes up the case.

“The program as passed is constitutional,” says Vandiver. “Tax credit programs have a perfect record in the courts. The decision from Judge Shepherd… was one bad decision from one judge.”

Members of the Kentucky House of Representatives may consider proposing a constitutional amendment on the issue, according to Sen. Ralph Alvarado, a school choice advocate and Winchester Republican. He says polling indicates 70 percent of Kentuckians want more school choice options.

While the battle over HB 563 plays out in the courts, Alvarado is sponsoring legislation in the 2022 General Assembly session to revive the tax credit idea and make it available to parents in all 120 counties.

“School choice exists for certain families, but not for all families,” says the senator. “This is an opportunity for us to try to broaden that and level the playing field.”

To be eligible for EOAs under HB 563, families could earn up to 175 percent of the federal limit to qualify for reduced-price school meals. Under Alvarado’s Senate Bill 50, that limit goes up to 200 percent. House Bill 305, a measure that’s similar to Alvarado’s, would boost the eligibility limit to 250 percent.

Critics say that means the funds could be used by wealthier families who may not need financial assistance. Vandiver says the program should be available to middle income families who might find it hard to pay for a private school for their children.

“It shouldn’t be something that people have to take out second mortgages and loans and things like that to afford a quality education,” says Vandiver.

HB 563 narrowly won final approval in the House on a 48-47 vote. Alvarado says he expects greater support for the new school choice measures because he says lawmakers are hearing from parents across the state who are angry over how public schools have handled COVID closures and who want more options for placing their children in private schools.

An ‘Adequate’ System of Public Education

In making his ruling against HB 563, Judge Shepherd noted that if so many Kentucky children need additional educational services, then perhaps lawmakers are failing their constitutional duty to adequately fund “an efficient system of common schools.”

Public school advocates say the funding mechanism created by the landmark Kentucky Education Reform Act of 1990 brought dramatic improvements to learning in the commonwealth. But those gains have stalled, they argue, due to multiple rounds of budget cuts since the 2008 recession.

“The problem is we have underfunded our public schools for so long and they’ve been working on a shoestring budget that they’ve had to cut services… that help to enrich the students,” says Campbell. “So why are we not focusing on making sure we’re really providing an adequate education by providing the funding to our underfunded public schools?”

Campbell says per-pupil funding that school districts receive is about 17 percent behind where it should be when adjusted for inflation.

But Vandiver says public education in Kentucky receives a combined $8 billion in federal, state, and local appropriations, yet has not improved academic outcomes or reduced achievement gaps. In contrast, he says states that have robust school choice options have seen public school funding and student outcomes increase.

Bojanowski says the Rose decision isn’t just a historic artifact. She says it’s a legal precedent about the fundamental right to quality public education in Kentucky.

Alvarado says setting aside $25 million in tax credits for school choice won’t hurt a public school system that already receives $8 billion a year. (His SB 50 increases the tax credit cap to $50 million, while HB 305 sets the cap at $100 million.) The senator says he believes Kentucky public schools are great, but also contends they don’t provide a good education for every student. 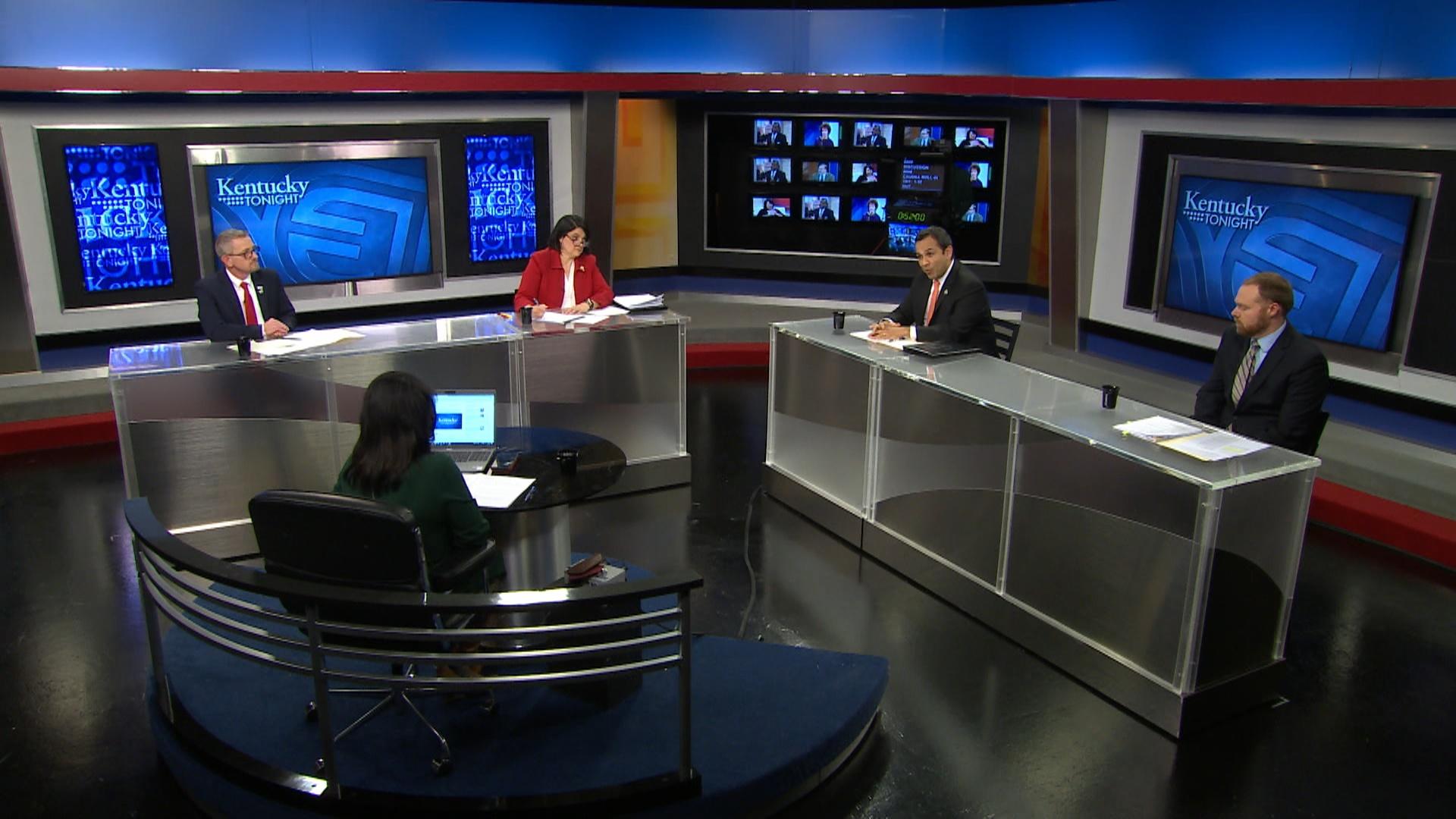