Experts Discuss New Variants of the Virus, Long-Haul COVID, and the Need for Vaccinations and Mitigation Practices

After two and a half years, the COVID-19 pandemic has entered an interesting phase: Overall case numbers are high, yet hospitalizations and deaths are surprisingly low. In Kentucky, 19 counties are in the red zone for high COVID prevalence, and the statewide positivity rate is just over 12 percent.

“The public reporting is vastly underestimating the numbers,” says Dr. Mark Dougherty, infectious disease specialist at Baptist Health Lexington. “Most people are testing at home or just not testing at all, and so there are way more people out there that are infected. We are probably under-counting by an order of magnitude of 10 or 20.”

As of June 20, the state’s weekly pandemic update showed an official tally of about 8,000 new cases. But only 369 people are hospitalized, 48 are in intensive care, and 25 are on ventilators. Dougherty says most of the patients he sees in the hospital now either have significant underlying health conditions or are very old.

“It’s now transitioned to a situation where even though the numbers are sky high, we don’t have that many critically ill patients,” he says.

Even if hospitalizations and ICU and ventilator use are relatively low, COVID is still disrupting people’s lives at work, school, and home. There’s also the continued risk of so-called long COVID or long-haul COVID, in which certain symptoms persist for weeks, months, or even years after the original infection has passed. Patients can experience fatigue, changes in taste or smell, joint or muscle pain, shortness of breath, heart palpitations, and concentration issues referred to as “brain fog.”

“It doesn’t necessarily mean that they’re totally dysfunctional, that they would qualify for disability and can’t ever work again,” says Dougherty, “but their quality of life is majorly impacted.”

Researchers still don’t know why some people get long COVID and others don’t, but the numbers of potential patients are staggering. Al Akhrass says the U.S. Centers for Disease Control and Prevention estimates that up to 20 percent of adults who have had COVID could develop long-haul symptoms. In older COVID patients, those over 65, the rate is 25 percent.

If you think you have COVID, doctors urge you to get tested as soon as possible. If they determine you need treatment, they may recommend the antiviral Paxlovid, which Dougherty says is most effective when started within the first five days of illness.

“If you suspect you might have COVID, don’t wait until you feel really ill and you’re your oxygen levels drop because it doesn’t work then,” says Dougherty. “You’ve got to take it earlier on.”

But Dr. Jon Klein, vice dean of research at the University of Louisville School of Medicine, says Paxlovid is not authorized for use in youth under age 12. He also says people on statins such as Lipitor must suspend their use while they take Paxlovid.

Hospitalization is recommended when the patient’s blood oxygen level drops below 94 percent. Dougherty says your treatment will likely include the anti-viral Remdesivir and the steroid Dexamethasone. If your blood oxygen goes below 90 percent, you will be given supplemental oxygen.

Dougherty and other infectious disease experts attribute the current phase of high cases and low hospitalizations to a variety of factors. First, the virus continues to mutate.

“The problem is the Omicron and the new subvariants, the BA. 2, BA. 4, and BA. 5, are very sneaky around the immune system.” says Al Akhrass.

Those recent subvariants are more transmissible, says Al Akhrass, but also less likely to cause serious illness. University of Kentucky College of Medicine researcher Ilhem Messaoudi says viruses like COVID are very nimble in how they can evolve and adapt.

“Over the last two years, this virus has been learning to live with us,” she says. “At some point, there’s going to be an equilibrium. There’s only so many mutations a virus can accumulate before it actually becomes detrimental to the life cycle of the virus.”

If COVID reaches that point, Messaoudi says it won’t completely disappear. It will simply be less and less disruptive to humans.

Even as the virus continues to mutate, vaccination and immunity rates have continued to increase. Al Akhrass says about 60 percent of the population either has natural immunity from a previous infection, has vaccine immunity, or a combination of both.

“Hybrid immunity, or immunity from having been infected and vaccinated, is the best immunity, says Dougherty. “You have the highest antibodies, probably the best T-cell response if you have that hybrid immunity.”

Neither vaccine nor natural immunity can guarantee a person won’t get COVID, but it does decrease a person’s risk of contracting the virus or developing a serious case of it if they are infected. Dougherty cautions, though, that contrary to what some people believe, having had COVID once doesn’t mean you can’t get it again.

“Anyone can get reinfected,” he says. “The reinfection rate is lower if you’ve been vaccinated than if you just have natural infection, but it’s the lowest if you have both of those.”

Vaccination rates should increase now that the Pfizer and Moderna vaccines have been approved for use in children as young as six months old. Yet with many adults still rejecting inoculation, health officials fear they will also resist having their children vaccinated.

Protecting Children and Adults from Infection

Despite some early speculation the pandemic wouldn’t harm children, Kentucky has seen about 177,000 cases of COVID in kids up to the age of nine. For youth ages 9 to 19, there are been about 191,000 cases. Deaths attributed to COVID in children in the state total 15.

Nationwide, COVID is now among the five leading causes of childhood death according to Messaoudi. That’s why she encourages parents to protect their children by having them vaccinated as she has done with her own kids.

“The fact that they [the vaccines] are safe, they have very few adverse outcomes, and the data tells us that they are very protective is really great news,” she says.

But Messaoudi also cautions that children can experience the same kinds of temporary post-vaccination fever, fatigue, and body aches that some adults do.

“I would argue that the malaise is still better than having to be on ventilator,” she says.

Pharmaceutical companies are working to update their COVID vaccines to better combat the new variants. The University of Louisville’s Dr. Jon Klein says the new formulas should be available later this year.

“The vaccines we have are directed at a virus that in some ways has disappeared in the last two years – this was built for the original form of the virus,” Klein. “In the fall, we presumably are going to receive a vaccine that is built to protect us against Omicron variants.”

As researchers tweak the current vaccine formulations, Klein says they are also studying different strategies for activating the body’s immune system against the virus.

“One of the Holy Grails of vaccines will be the development of so-called mucosal immunity, which is to say immunity that’s present in our nasal passages and in our upper airways,” says Klein. “That’s really probably the most likely way that we’ll reach a vaccination that has the highest protective effect against infection.”

Until then, Klein strongly encourages people to get vaccinated if they’ve yet to get their first shot, or to stay current on their boosters if they have been vaccinated.

“If you plan to be active,” says Klein, “you should go ahead and get your first booster after consulting with your primary care doctor or nurse practitioner.”

Beyond staying current on vaccinations and boosters, Klein also recommends people continue to mask, especially in crowded enclosed spaces like airplanes. He prefers the N95 (or KN95) masks that have better fit and filtration than surgical-type masks or cloth coverings.

Another good defense is a strong immune system, which Al Akhrass says comes from adopting healthy lifestyle choices like regular exercise, proper diet, and stopping use of tobacco and vaping products.

Because COVID can present with a range of symptoms, including those similar to the common cold and allergies, Dougherty urges people who are feeling unwell to avoid contact with others until they can get tested.

“Even if you have sniffles,” Dougherty says, “you can pass it to other people who then become critically ill.” 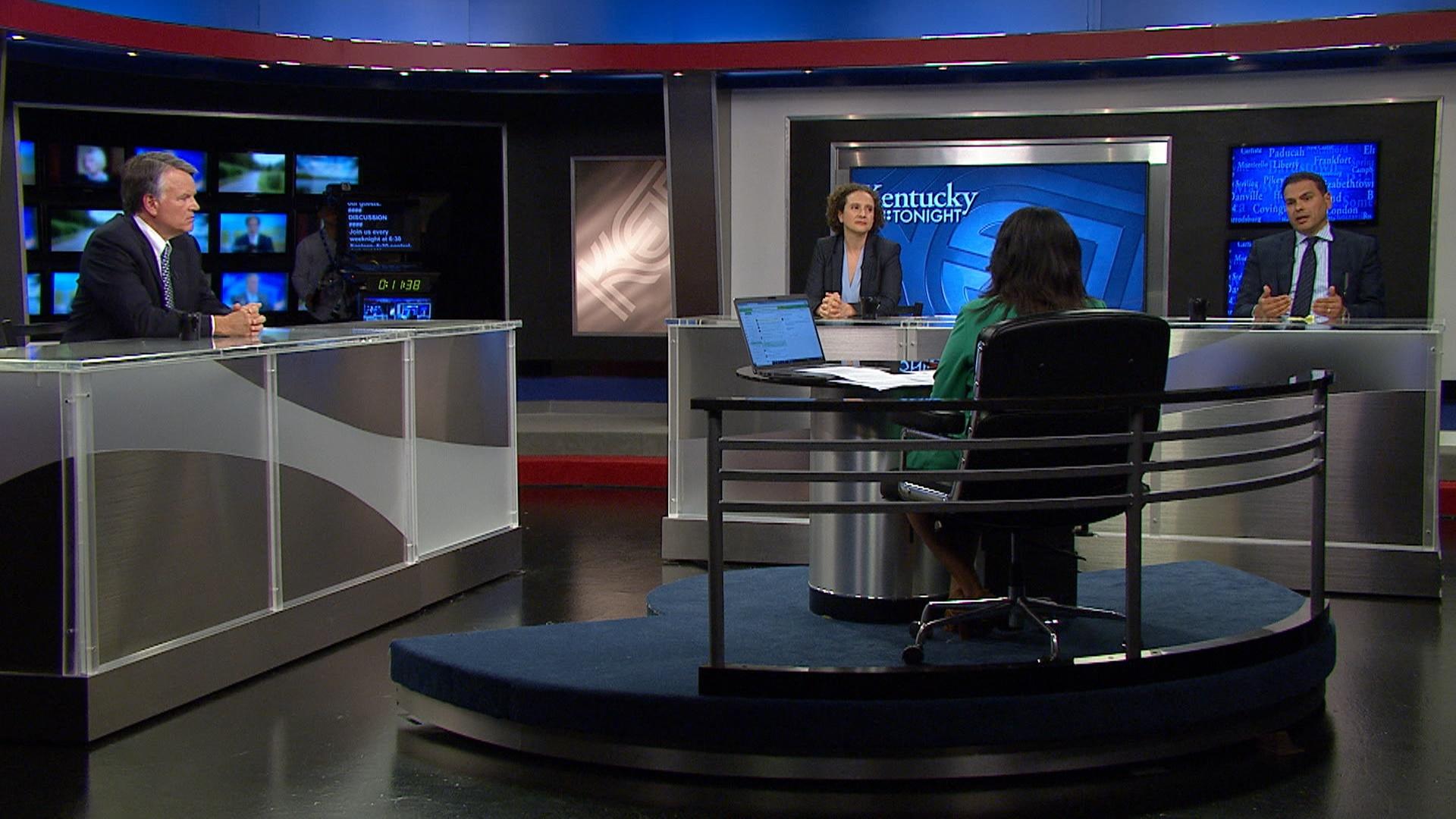