In Kentucky, the federal court ruling immediately triggered a state law passed in 2019 to outlaw the procedure in the commonwealth. But then a Jefferson Circuit Court judge issued a temporary restraining order on June 30 to block that ban and another law passed by the Kentucky General Assembly that bars abortions after six weeks of pregnancy. The court order came after Planned Parenthood, the American Civil Liberties Union of Kentucky, and abortion provider EMW Women’s Surgical Center challenged both laws.

Attorney General Daniel Cameron has appealed the temporary stay, but for now abortions can continue in Kentucky.

Still the 5-4 decision among U.S. Supreme Court justices represents the culmination of decades of work by anti-abortion activists.

Pro-choice advocates decried the Supreme Court decision in Dobbs v. Jackson Women’s Health Organization as shattering nearly 50 years of precedent and denying women access to what they describe is a vital medical procedure.

State Rep. Josie Raymond says the ruling evoked a combination of grief and anger in her. She says it’s unfair that evangelical Christians are forcing their beliefs on people of other religious faiths as well as non-believers. The Louisville Democrat says she’s also frustrated that the state’s GOP supermajority is forcing women to bear children without providing proper support for families.

“We’re not taking care of the kids that we’ve got,” says Raymond. “We’ve ended women’s choices without creating the environment necessary for everyone to be able to parent one child, or a second, or a third, or a fourth.”

Without readily accessible abortions, Raymond says maternal mortality will increase, more pregnant women will be murdered, more women will exit the workforce, and child abuse and child poverty will worsen.

Kentucky already faces high maternal mortality, which is double the national average, according to Tamarra Wieder, Kentucky state director of Planned Parenthood Alliance Advocates. She says without abortion services, maternal mortality could increase 21 percent overall and as much as 33 percent for Black women.

A significant factor in those percentages, says Weider, is a shortage of medical care. She says 73 of the state’s 120 counties don’t have a practicing OB-GYN.

Concerns that Bans Don’t Include Exemptions

The state’s trigger law, known as the Human Life Protection Act [LINK: https://apps.legislature.ky.gov/record/19rs/hb148.html], passed the 2019 General Assembly with bipartisan support. The only exception it allows is when an abortion is needed to protect the life of the mother.

That angered pro-choice activists who also wanted an exemption for victims of rape or incest. But none of the state’s current legislation provides such an exception.

“We know that Kentuckians want exemptions for rape, for incest, for fetal anomalies, and stronger protections for life of the mother,” says Wieder. “This is not the will of Kentuckians. It’s forced by the legislators in Frankfort.”

But Tate argues that all life is precious, no matter how it is conceived.

“I am a firm advocate for life from conception to natural death, regardless of the circumstances,” says Tate. “These children deserve life and they deserve our love and support.”

Even the provision that allows abortions to protect the life of the mother is not without controversy. Weider contends it is too narrowly written, will endanger women seeking care in small, understaffed hospitals, and could make doctors criminally liable for conducting an abortion that they feel is medically necessary.

Backers of the legislation argue all of that these circumstances are rare. Rape and incest cases account for only about 1 percent of abortions, according to Tate. She says there’s only been one occurrence of an abortion being done in Kentucky to protect the life of the mother.

With the prospect of potential prosecution facing health care providers, Weider fears women could die while waiting for hospital staff to determine the appropriate course of action in an emergency.

“When there are abortion bans, maternal mortality increases,” says Weider. “You are not creating a safe environment for people and women to flourish in Kentucky.”

Wuchner says even if an expectant mother faces a health crisis like a cancer diagnosis, or medical emergency like a car accident, doctors will know that there are two lives at stake: the mother and the unborn child.

“Any doctor is going to have a neonatology team right there at that time making that decision, and they’re going to make an effort to save both,” says Wuchner. “It’s a best medical judgement.”

Some companies have already pledged to help employees who want an abortion but live in a state that does not allow them. Assistance could include paid time off from work to go to another state where abortions are available, and funds to cover travel expenses.

Wuchner argues those companies are simply looking for ways to keep employees on the job and limit health insurance costs as well as maternal leave expenses for new and expectant mothers.

“Sometimes it’s in the best interest to [offer] to pay that woman, sadly, to go out of state to have an abortion,” says Wuchner.

News reports indicate that lawmakers in some states are already considering options to make it illegal for women to cross state lines to seek the procedure. Tate says Kentucky legislators will consider that issue, but she’s uncertain as to whether they would pursue such a policy.

If that were to happen in Kentucky, Raymond says it would harm economic development efforts.

“The legislature is trying to do two things: it’s trying to have really extreme social policies that are going to scare these companies away while at the same [time] trying to attract these companies,” says Raymond. “It’s not going to be successful.”

Weider says she hopes the temporary court order to block the state ban on abortions will last at least through November, when Kentuckians will vote on a proposed constitutional amendment that would codify that there is no right to an abortion in the commonwealth. She contends Kentucky voters are not as extreme on abortion and bodily autonomy as legislators and will therefore reject that amendment. Weider hopes that will buy time for more productive policy discussions on the issue.

“Then I really hope we can have a better conversation about what Kentuckians really want when it comes to reproductive health care because it is not what’s coming out of Frankfort,” says Weider.

Despite their differences, Wuchner hopes that people on both sides of the abortion debate can work together to find more ways to support expectant mothers and families in the state. 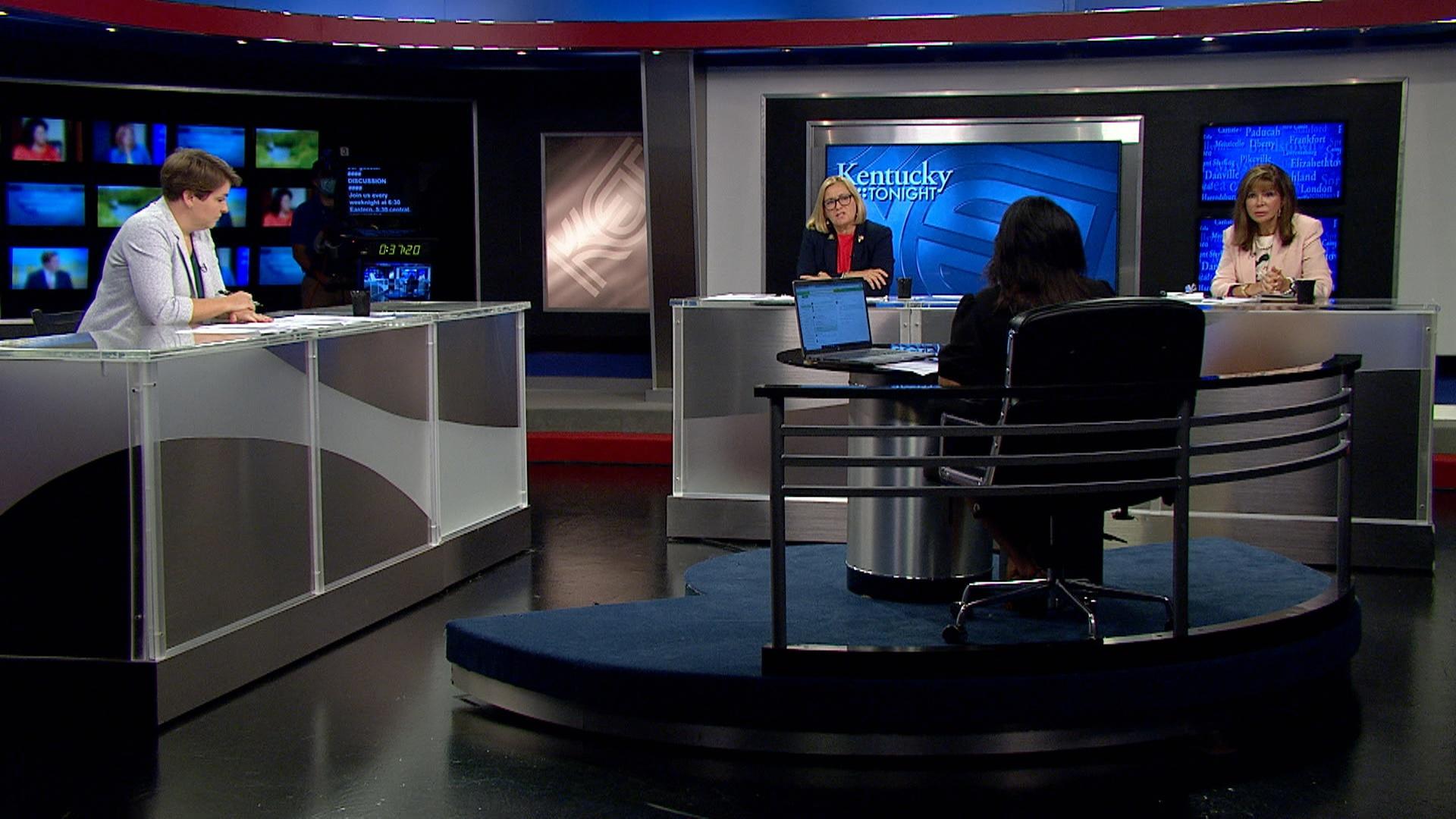