Kentucky Tonight hosted the third in a series of discussions about the 2020 elections as Renee Shaw spoke with two candidates in the race for U.S. Senate: Libertarian Brad Barron and Democrat Amy McGrath. They talked about the coronavirus pandemic, campaign finance and term limits, health care, agriculture, and more.

Barron is a farmer and businessman in Warren County.

McGrath served as a Marine Corps fighter pilot and weapons system operator deployed in the Middle East and Asia. The Kenton County native also worked as a Congressional advisor, a Pentagon liaison, and a political science instructor at the U.S. Naval Academy.

Sen. Mitch McConnell, the incumbent Republican, was invited and did not participate in the program.

McGrath gives the federal government’s response to the coronavirus pandemic an F grade. She argues that President Donald Trump and Senate Majority Leader McConnell have not been honest with Americans about the dangers posed by the virus, have failed to properly resource supplies of personal protective equipment, and let additional stimulus packages languish while families and small businesses have struggled.

The Democrat says she supports universal masking, national testing and contact tracing protocols, immediate relief for state and local governments as well as small businesses, an extension of unemployment benefits, and health care coverage for those lacking insurance. She says without another major stimulus bill, there will be more job losses.

While the House has passed several additional aid measures ranging from $2 to $3 trillion, those bills have not been heard in the Senate. Earlier this month, the Senate Majority Leader proposed his own aid package totaling about $500 billion.

“Sen. McConnell is the one that has this teeny, tiny bill that he throws out there that is just all politics and no substance,” says McGrath. “We have a senator who is not focused on doing what’s right for the country in the moment of national crisis. To me, it’s dereliction of duty.”

Barron says President Trump has done the best job he could given the information he had at the time. The president told journalist Bob Woodward that he didn’t want to panic the American public by disclosing how virulent the virus is. Barron says that approach by the president is a sign of good leadership.

The Libertarian says wearing masks should be a personal choice not a government mandate. Nor should the government require people to take a vaccine when it becomes available, he says. Barron is also critical of the shutdown of some businesses ordered by Gov. Andy Beshear, saying it shouldn’t be the function of government to pick “winners and losers.” He also contends the federal relief packages have been mishandled.

“If we were in a situation where I felt we needed to do it, I would absolutely make sure that the lion’s share of that money are going to working men and women, and not to the donors of people and these big corporations,” says Barron. “The function of government during this pandemic is to protect the rights of the individual. It’s not to get involved here, there, and everywhere.”

Barron says he would limit senators to three, six-year terms, while McGrath says she thinks two terms would be a “reasonable” limit.

Both candidates are highly critical of the current campaign finance system, which they say McConnell created through legislation and court cases like Citizens United v. Federal Election Commission. They contend that’s allowed money to flood into politics.

“This dark money, post-Citizens United world… he built for himself,” says McGrath, “and we absolutely need to get it under control.”

Barron says there’s no way for him to choose who supports his campaign. He also blames Citizens United for the murky role that political actions committees now play in campaigns.

“There’s a lot of people in this country that are tired of it,” says Barron. “I can’t control it, so let the chips fall where they may. I’m just glad it’s given me the opportunity to get my vision out there for the commonwealth.”

The Democrat calls for massive infrastructure spending to include expanding broadband internet access to aid business growth and education in rural areas.

Barron says internet service should be offered by the public sector and not regulated like a public utility.

McGrath also calls for a gradual increase to the federal minimum wage to $15 an hour. Barron opposes an increase saying that’s another area that does not need government intervention.

Both candidates say the national debt must be brought under control, but McGrath says she would wait until the pandemic has ended and the economy has recovered to tackle the problem.

While she says the Affordable Care Act was not perfect, McGrath says repealing the law would cost the state thousands of jobs and 500,000 Kentuckians their health care coverage. She wants to keep the legislation and fix the things that she says Americans don’t like. She would make insurance more affordable, maintain coverage for preexisting conditions, allow children to remain on the parent’s insurance up to age 25, reduce prescription drug prices, and institute a public option.

Barron says the government regulated health care system is “morally bankrupt.” He says he would remove all regulations and let free market competition work to improve the quality of care.

On abortion, Barron describes himself as 100 percent pro-life.

“All life matters, from microbial life in the soil on up to the unborn in the womb,” he says. “I’m not going to apologize about it, but it has nothing to do with controlling women’s bodies.”

Barron says he supports the appointment of Amy Coney Barrett to the Supreme Court, but he says there will be political consequences for McConnell and Republicans for rushing confirming her just days before the election. He also says McConnell should’ve held hearings and a vote on Merrick Garland, the judge former President Barack Obama nominated to the Supreme Court during his final year in office.

McGrath criticizes McConnell for focusing on the Barrett confirmation during a national crisis. She contends the Senate Majority Leader’s actions have broken the system for filling court vacancies, making it more polarized than ever. She supports Democratic presidential nominee Joe Biden’s plan for a commission to study the issue. As for the call by some Democrats to expand the number of seats on the Supreme Court, McGrath says she’s not interested in so-called “court packing” right now.

Barron says he would go to Washington to fight for small farmers. He says he has not received farm subsidies and opposes the payments, but he also doesn’t criticize farmers who do take them.

The Libertarian also says hemp is a valuable crop that can help farmers and improve the environment.

“I am going to promote regenerative agriculture all the way across the board, and hemp is one of the key components of that,” says Barron. “I tell my uber-conservative friends that the climate change movement... is coming whether they want it or not. So let’s get out ahead of this thing and let’s take care of the environment ourselves.”

McGrath says Kentucky has lost thousands of family farms during McConnell’s tenure. She says the hemp program has been a disaster so far, that President Trump’s trade war with China has hurt American agriculture, and that the Farm Bills take care of big companies, not small farmers.

On the loss of coal industry jobs, McGrath says that’s a result of increased automation in mining and cheaper natural gas and renewable energy supplies. She pledges to care for coal miners and their families by extending black lung trust fund benefits and by investing in Appalachian communities. 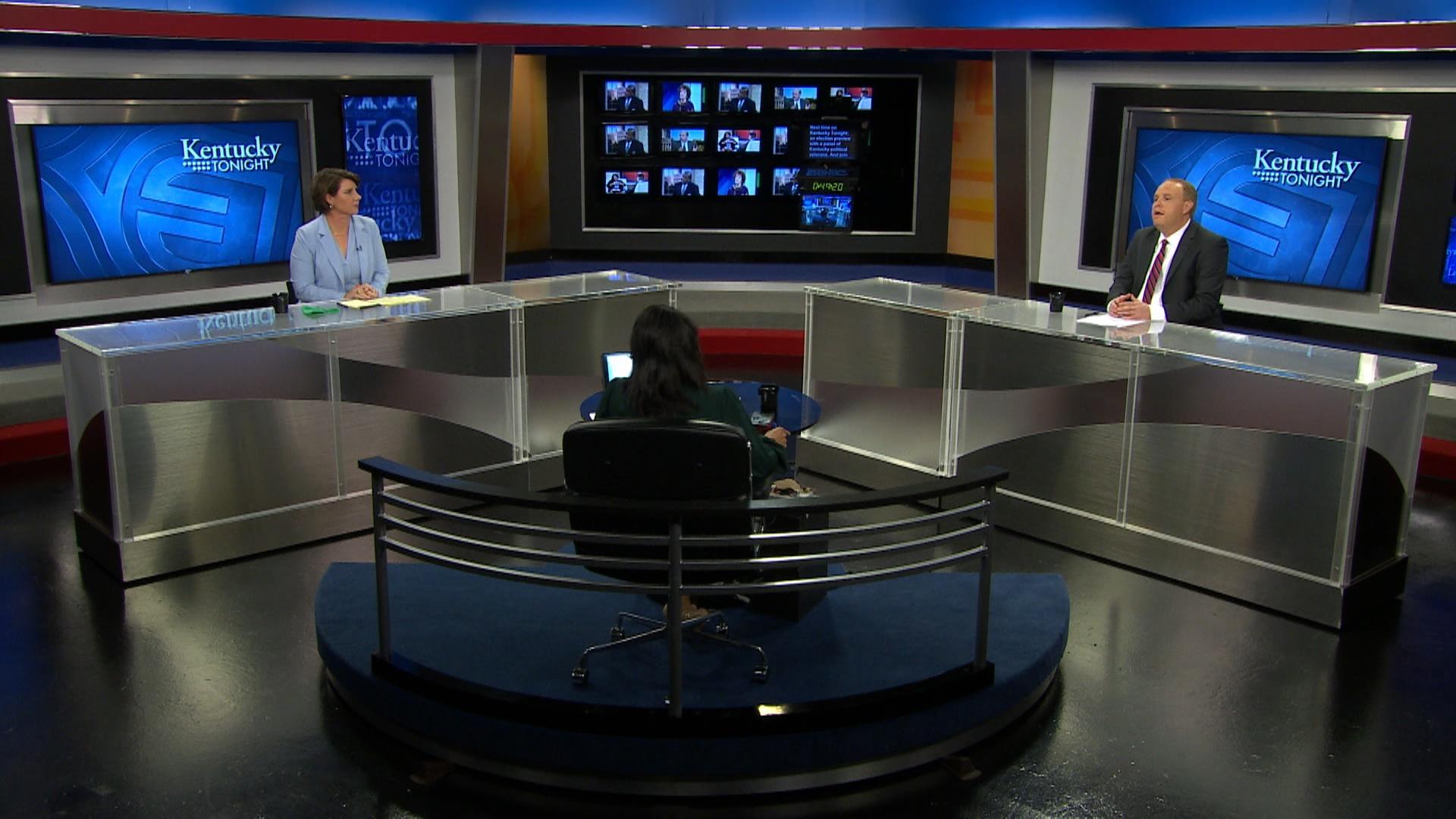