Nearly a third of all Kentuckians receive government-assisted health care coverage, from 1.2 million people on traditional and expanded Medicaid to nearly 90,000 youth in the state’s Children’s Health Insurance Program.

But this vital medical coverage consumes a significant portion of the state’s annual budget – more than $2.3 billion, according to the Kentucky Cabinet for Health and Family Services (CHFS).

Proposed changes to Medicaid and other federal welfare programs could save the state money, but could also mean fewer people receive assistance on which they depend. KET’s Kentucky Tonight examined the costs and benefits of public assistance and what the changes might mean for Kentuckians. The guests were CHFS Secretary Adam Meier; Anne-Tyler Morgan, a senior fellow at the Pegasus Institute; Ashley Spalding, senior policy analyst for the Kentucky Center for Economic Policy; and James Ziliak, an economist and founding director of the University of Kentucky Center for Poverty Research.

Traditional Medicaid covers low-income families, children and pregnant women, the elderly, and people with a disability. The Patient Protection and Affordable Care Act allowed states the option to expand Medicaid coverage to adults earning up to 138 percent of the federal poverty level, which is about $16,000 a year. Kentucky’s Medicaid population now stands at more than 844,000 people receiving traditional coverage, and some 452,000 covered by the expansion.

Even though it costs the state more money to cover these extra people, Medicaid advocates say it’s a great deal for the commonwealth since the federal government picks up the majority of the bill. Plus, thousands of Kentuckians that were previously uninsured have gained health coverage.

“There are incredible, incredible outcomes happening because of access to health care,” says Ashley Spalding of the Kentucky Center for Economic Policy. “Expansion states are seeing lower rates of mortality… Infant mortality is going down.”

From the perspective of the Bevin Administration, other results have been disappointing. For example, fewer than 10 percent of Medicaid recipients have scheduled a preventive health visit with their physician, according CHFS Secretary Adam Meier.

“So, the conclusions right now are that we still have a lot of work to go,” says Meier. “We are at the bottom of every list you want to be at the top of as it relates to health outcomes, and we’re still spending a lot of money.”

Proposed Changes to Medicaid in Kentucky
Meier says it will take years of work to foster the behavior changes that will lead to better health outcomes. He says that’s one reason Gov. Matt Bevin wanted to pursue the Medicaid demonstration waiver: to focus the state’s limited resources on things his administration believes can improve public health.

That waiver, called Kentucky HEALTH, includes a work or community engagement requirement of 20 hours a week for some Medicaid recipients. It also requires modest premiums for coverage and copayments for certain services. Bevin said the state cannot afford to maintain the full Medicaid expansion, but by implementing the waiver, taxpayers would save some $330 million.

In January 2018, Kentucky became the first state in the nation to win federal approval from the Centers for Medicare and Medicaid (CMS) to make a work requirement a condition of Medicaid coverage. But six months later a federal judge blocked the official launch of the waiver, saying regulators didn’t adequately consider the effects on people who might lose coverage under the plan.

(The Bevin Administration originally estimated that 95,000 Kentuckians might lose Medicaid coverage under the waiver. A more recent study published last month by the Journal of the American Medical Association indicates 48,000 people could be at risk for losing coverage under the proposed work requirement.)

The state has submitted an updated waiver proposal to CMS, but it has also been blocked by the courts and has yet to be implemented.

“Kentucky HEALTH… is known as by far the most complex waiver demonstration project submitted to CMS,” says Anne-Tyler Morgan of the Pegasus Institute. “Any program that requires wholesale change will take some time to iron out the kinks.”

“We need to make sure we’re focusing on finding ways to interact and engage with these members,” says Meier, “so that we can wrap around resources that they don’t know have been available to them, so we can connect them with education, job training, volunteer opportunities, child-care assistance, whatever that barrier is that’s keeping them from being able to create a self-sustainable environment for their family.”

University of Kentucky economist and poverty researcher James Ziliak says work requirements instituted in 1996 for people receiving Temporary Assistance for Needy Families (TANF) offer an important lesson. He says as people found work and earned more money, they lost their public benefits, which resulted in a net loss in income.

“There is no evidence of long-term income gains amongst this population,” says Ziliak. “We actually did see an increase in deep poverty in the years after welfare reform.”

Broader economic factors could also make an impact on the success of Kentucky’s proposed work requirement, according to Ziliak. He says many parts of the state have limited employment opportunities, which would make it harder for Medicaid beneficiaries to find a job and meet their work obligation. He says economic prosperity won’t come from penalizing people by taking away their health care because they can’t find work where they live.

Ashley Spalding of the Kentucky Center for Economic Policy agrees.

“If we want to improve health in our state, we shouldn’t be kicking people off of health care,” she says. “We need to be investing in and making sure that we have better jobs, good jobs, so that people can be economically secure.”

Changes to SNAP
Medicaid recipients aren’t the only people facing work requirements. Last year, as the economy continued to improve, the state reinstituted a work requirement for those who receive food stamps under the federal Supplemental Nutrition Assistance Program (SNAP). To retain their benefits, adults must work, get job training, or volunteer 20 hours a week.

More than 525,000 Kentuckians receive SNAP assistance. The average benefit in the commonwealth is $135 per person per month. Spaulding says one in 10 Kentucky workers receives SNAP benefits.

“As work-reporting requirements have gone into place for adults who do not have children and do not have disabilities, we’ve seen 21,000 people have their food assistance taken away because they weren’t able to meet the requirements,” says Spalding.

But Meier says the state’s current economic climate creates a perfect opportunity for these adults to find work.

“Right now we’re at record low unemployment for this state,” says Meier, “so if there’s ever a time where we should be looking at availing ourselves to the full program, it’s now.”

More changes could be coming to SNAP. The Trump Administration wants to update eligibility requirements for the program that could save the federal government $2.5 billion a year. But it also might cost 3 million Americans their food-stamp benefits.

The Trump plan would tighten income and asset limits for those seeking food stamps. Kentucky is among 40 states that have waived the asset requirements for years. Spalding says re-applying those asset limits would greatly reduce the number of Kentuckians who are able to receive food stamps.

Critics of food stamps have long argued that the program is rife with fraud. But Morgan says the problem isn’t as large as some people believe. She contends fraud is not the fault of people on welfare, but rather arises from how the system encourages people to stay out of the employment market.

“People respond to market forces,” says Morgan, “so naturally if we have incentivized people to rely on state assistance because jobs pay less, then that is a problem.”

Ziliak says fraud in the system will likely persist, but he says the problem dropped dramatically after the federal government switched from paper food stamps to Electronic Benefits Transfer (EBT) cards. He says SNAP fraud is now at about 1 percent nationally.

Welfare reform advocates have also pushed for mandatory drug testing for welfare recipients. But Ziliak and Morgan say drug testing has proven expensive and ineffective for states to operate. Ziliak adds that says research shows that drug use among people on welfare is no greater than among the general American population.

“So this is yet another mechanism that creates a real barrier for people to seek assistance when they actually need it because they just don’t want to deal with the hassle,” says Ziliak. 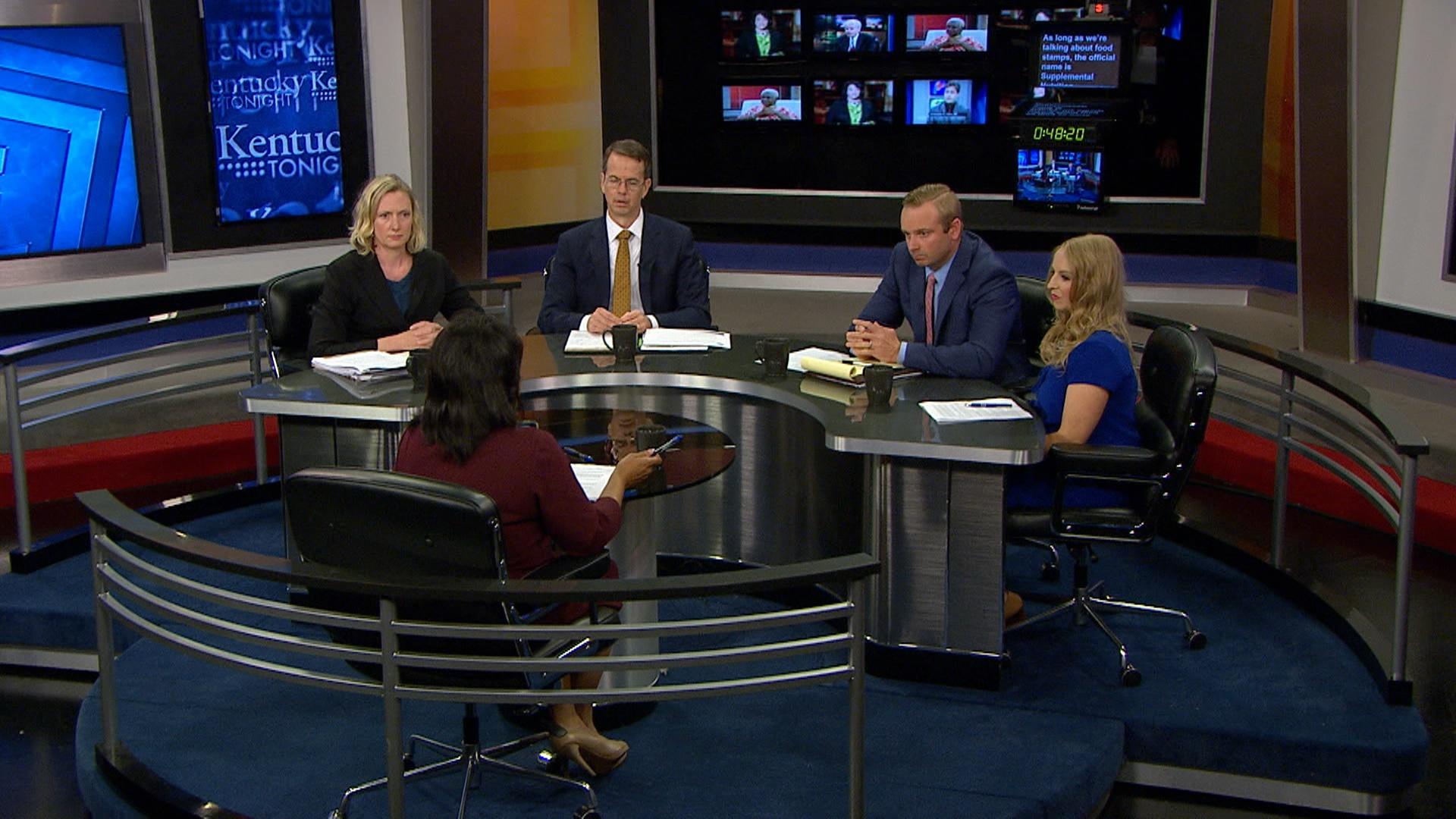