HB 4 will become law after legislators overrode a veto from Gov. Andy Beshear, who said the measure goes against common sense and Kentucky values. He contends it will harm workers, families, and rural communities, while not improving the state’s lagging workforce participation rate.

The legislation reduces jobless benefits from the current 26-week maximum to between 12 to 24 weeks, depending on unemployment trends at the time.

“House Bill 4 is designed to help get people back into the workforce and it will increase the job participation rate,” says Bryan Sunderland, state government affairs director for the Foundation for Government Accountability. “When times are good like they are now, with 167,000 open jobs in Kentucky and a really low unemployment rate, you still get three months to help find a job, and if the economy turns sour, you get more weeks of benefits.”

That change, though, would decrease benefits from an average of $9,400 for 26 weeks down to about $4,400 for 12 weeks, according to Kentucky AFL-CIO President Bill Londrigan. He says that’s money unemployed workers need to pay their household bills and feed their families.

“I just think this is a very terrible way to treat the workers of Kentucky who get laid off due to no fault of their own and who need a helping hand to get to their next job,” says Londrigan.

Opponents also criticize how tying benefits to a statewide index of unemployment will hurt already economically disadvantaged regions of the state. They contend the overall unemployment rate for Kentucky could be lower than local rates in struggling communities, yet people in those places would still get fewer weeks of benefits. Critics say that will lead to a further depopulation of those areas as people leave to find work elsewhere.

Kentuckians would also be at risk of losing their benefits after only six weeks if they decline a job offer even if the new position pays less than the job they lost. Dustin Pugel, senior policy analyst at the Kentucky Center for Economic Policy, says that will result in people making less money in jobs for which their work experience could be a poor match.

“So it’s not only worse for those workers who are going to end up with lower wages,” says Pugel, “it’s worse for employers and it’s worse for the economy overall because the skillsets that they’ve been developing over a lifetime are no longer being put to use.”

Advocates of HB 4 argue it’s important to get people back into the workforce even at lower wages, and then they can climb their way back into higher paying positions.

“I just don’t believe the premise that a person should wait until the perfect job comes along is the right way for them to find employment,” says Anne-Tyler Morgan, an attorney with McBrayer PLLC. “Getting them back into the workforce and then able to look for a job in their field is the ramp that’s recommended by this bill.”

The bill does incentivize unemployed individuals to pursue job training and certifications by offering them an additional five weeks of unemployment benefits while they train. Sunderland says that can encourage them to retool their skills for in-demand fields.

But Londrigan says people will still have to pay for that job training, which will create another financial burden during an already difficult time. Pugel warns that states that have reduced their benefits below the 26-week national standard have failed to see improved labor participation rates or a reduction in the number of available jobs.

On the last evening before the veto period, the House of Representatives gave final passage to new rules for public assistance benefits. HB 7 includes a public engagement requirement for able-bodied adults on Medicaid who have no dependents. It also changes the reporting requirements for people on benefits to disclose changes in income or life circumstance, and imposes tougher sanctions against those committing welfare fraud. The legislation also calls for a study of the so-called benefits cliff in which people suddenly lose all of their public assistance simply by earning a few dollars more than the income requirements for those programs.

The Kentucky Center for Economic Policy reported that as many as 200,000 Kentuckians could lose their Medicaid benefits under HB 7, and thousands more could lose access to the Supplemental Nutrition Assistance Program or SNAP.

“We don’t think that this is a really good way forward for either improving the safety net or helping people get back to work,” says Pugel.

If the goal is moving people back into the workforce, Pugel says the state should promote child care for working parents, services to help those caring for an elderly or disabled family member, and higher wages for workers.

Morgan says claims of thousands of needy Kentuckians losing their benefits under HB 7 are wildly overstated.

“Under this bill, the only benefits that will be lost are if people take illegal action with regard to their benefits or if they’re able-bodied with no dependents and refuse… to work,” says Morgan.

Earlier versions of the bill had stricter reporting requirements that Pugel says would’ve have been difficult for benefit recipients to comply with, and place more administrative burden on the Cabinet for Health and Family Services to track. He says most people don’t lose their benefits because they don’t qualify, but rather because they’ve failed to complete the necessary paperwork

Sunderland says the state Medicaid rolls have skyrocketed, going from just under 15 percent of the state’s population in 2000 to a full third of the population in 2020. He says that increased enrollment has come with extensive fraud and higher costs. For example, he says Kentucky’s Medicaid expenses jumped 25 percent from 2016 to 2020. All these factors combined show that Medicaid is failing as a benefits program, according to Sunderland.

“The objective is to give people the resources and the help when they need it and to help them graduate from the program into a job, but the structure of the program is not designed to meet that objective,” says Sunderland. “The problem with most of our public assistance programs is they’re not paying people to get back to work, they’re paying people to stay poor.”

But Pugel and Londrigan argue that misses a critical reality for many of the working poor: That most people on Medicaid and SNAP are employed, but their jobs pay so little that they still qualify for public assistance. They also say that claims of widespread fraud among recipients are overblown.

“This really is an effort to push people off of these benefit programs,” says Londrigan. “The goal should be to uplift people, to give them the opportunity to succeed, and to provide for their families when they’re in tough economic circumstances.” 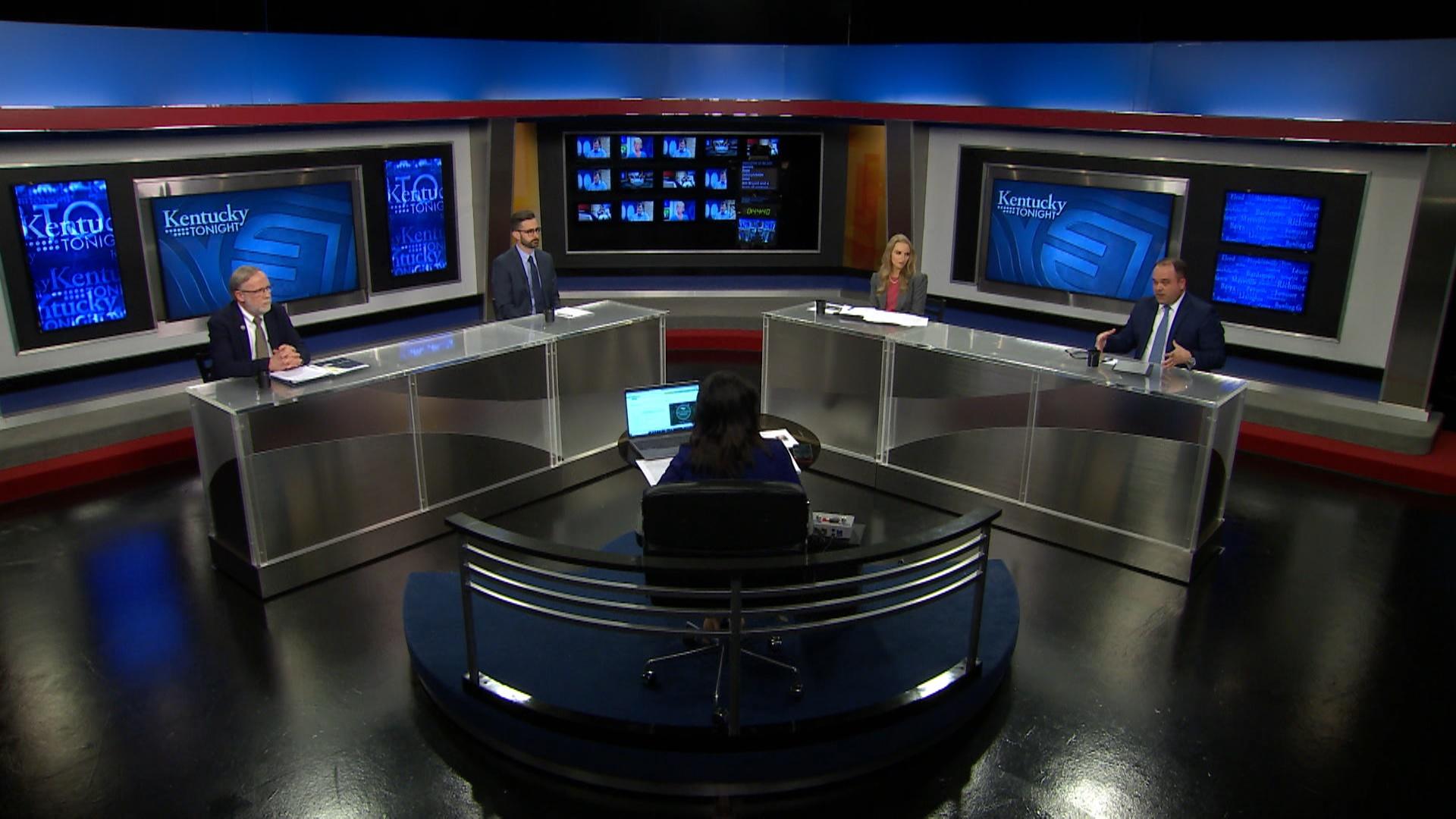