Rep. Attica Scott is a native of Louisville and a graduate of Knoxville College and the University of Tennessee. She has worked as a community organizer and anti-racism trainer, served on Louisville’s Metro Council, and was elected to the Kentucky House of Representatives in 2016.

“This is about we the people, it’s about us coming together saying that we want to send someone from Kentucky to Washington who is different from what people have seen,” says Scott. “We deserve to have members of Congress who are representing us with a foundation of equity, fairness, and justice at our core, and I’m that person.”

Sen. Morgan McGarvey is a lifelong Louisvillian who graduated from the University of Missouri and the University of Kentucky College of Law. He was a staff member for former Congressman Ben Chandler. McGarvey was elected to the Kentucky State Senate in 2012 and became Minority Floor Leader in late 2018.

“I’ve been in the super-minority every single day that I’ve been in office but I passed 18 bills into law and I’ve influenced many others,” says McGarvey. “I am going to go Washington, I’m going to stand up… defend our values in Washington, and I am going to do it while working to build coalitions to get big things done.”

Both candidates support national legislation to raise the minimum wage to $15 an hour. Scott says she also supports requiring full benefits for workers, higher wages for essential workers, and the removal of questions about criminal convictions from employment applications.

Scott also calls for a universal basic income, saying it will “support people who want to work but can’t find a job, or people who are paid poverty wages because we haven’t raised the minimum wage. It will support them to be able to take care of themselves, to take care of their families, and to reinvest that money into the community.”

McGarvey says he would tie the minimum wage to inflation so pay can increase as costs go up. He opposes a universal basic income, saying it would result in lower payments to senior citizens who are on Social Security and Medicare. Instead, he calls for a child tax credit, which he says will put more money into people’s pockets than will universal basic income payments,

“We have to have an economy that is working for every family in this country,” says McGarvey, “not just reflective of the Donald Trump-style economy which gives tax breaks to the wealthiest corporations and the wealthiest Americans.”

Both Democrats also support making community and technical college educations free and erasing student loan debts. Scott would cancel all student debt, while McGarvey says he prefers a more targeted strategy that would avoid taxpayer dollars going to investment bankers who need to pay off their Ivy League educations.

Scott, who was arrested along with her daughter in 2020 during protests over Breonna Taylor’s death at the hands of Louisville Metro Police officers, says policing as it currently exists in America does not work for many people.

“We need to imagine community safety in a different way,” says Scott. “We need to make sure that we are allocating resources to meet the needs of our people.”

She says she would give priority to things like social services and mental health care before funding community safety.

McGarvey says allocations for public safety should include money for more social workers and mental health professionals as well as better recruitment, training, and retention of law enforcement officers. He also wants citizen review panels to have subpoena powers during investigations of alleged misconduct by police.

“I don’t think that safety and accountability need to be pitted against each other,” he says. “I think they should go together as one.”

Both candidates say they would vote for the George Floyd Justice in Policing Act, which would ban no-knock warrants in federal drug cases, ban the use of chokeholds, prohibit racial profiling, require data collection on police encounters, and end qualified legal immunity for law enforcement.

Both candidates support the legalization of medical and recreational marijuana. Scott says a majority of Americans favor legalization, so people in Congress must “get off their high horse” and act on the issue.

McGarvey says it’s not right to make chemotherapy patients who need marijuana for nausea into criminals. He says legalization should include expungement of criminal records for people convicted of possession, and that legal marijuana can be a source of tax revenue.

Scott and McGarvey decry the news that the U.S. Supreme Court could be poised to end abortion rights, as a recently leaked draft opinion indicated.

“There are folks I’m talking to who are terrified about the possibility of Roe v. Wade, even parts of it, being overturned by the Supreme Court,” says Scott. “It’s not a politician’s business at all. We should not be in business of deciding what someone does with their body.”

Scott, who says her mother had an abortion, declines to say how late into a pregnancy that abortion should be allowed, arguing that’s a decision for the woman and their health care provider. She contends that limiting access to the procedure takes away women’s humanity and their agency. She says she would vote for the federal Women’s Health Protection Act, which would codify Roe v. Wade into law.

McGarvey says he and his wife faced a situation where their doctors recommended a “selective reduction” procedure to save the life of one of their unborn twins. But he says even if they had elected to do that, they would have been forced to go to another state where it is allowed.

“Too often we trivialize these incredibly personal decisions,” says McGarvey. “I think overturning Roe v. Wade is a terrible and horrifying decision that will have awful consequences for women in this country.”

McGarvey also wants to codify Roe v. Wade, and says he would vote to repeal the Hyde Amendment, which bans federal dollars from paying for abortion services except when the life of the woman is in danger or when the pregnancy is the result of rape or incest. He also cautions that Republicans may attack access to birth control next.

McGarvey says climate change is an immediate threat. He advocates for a focus on renewable energy, including incentives to help rural electric cooperatives move away from coal-fired power and encourage investor-owned utilities to reduce greenhouse gas emissions.

Scott says she has worked to hold utilities accountable for over-charging customers and for unnecessarily increasing rates. In addition to energy issues, she says more should be done to protect air quality in West Louisville and ensure eastern Kentuckians have safe, reliable drinking water. 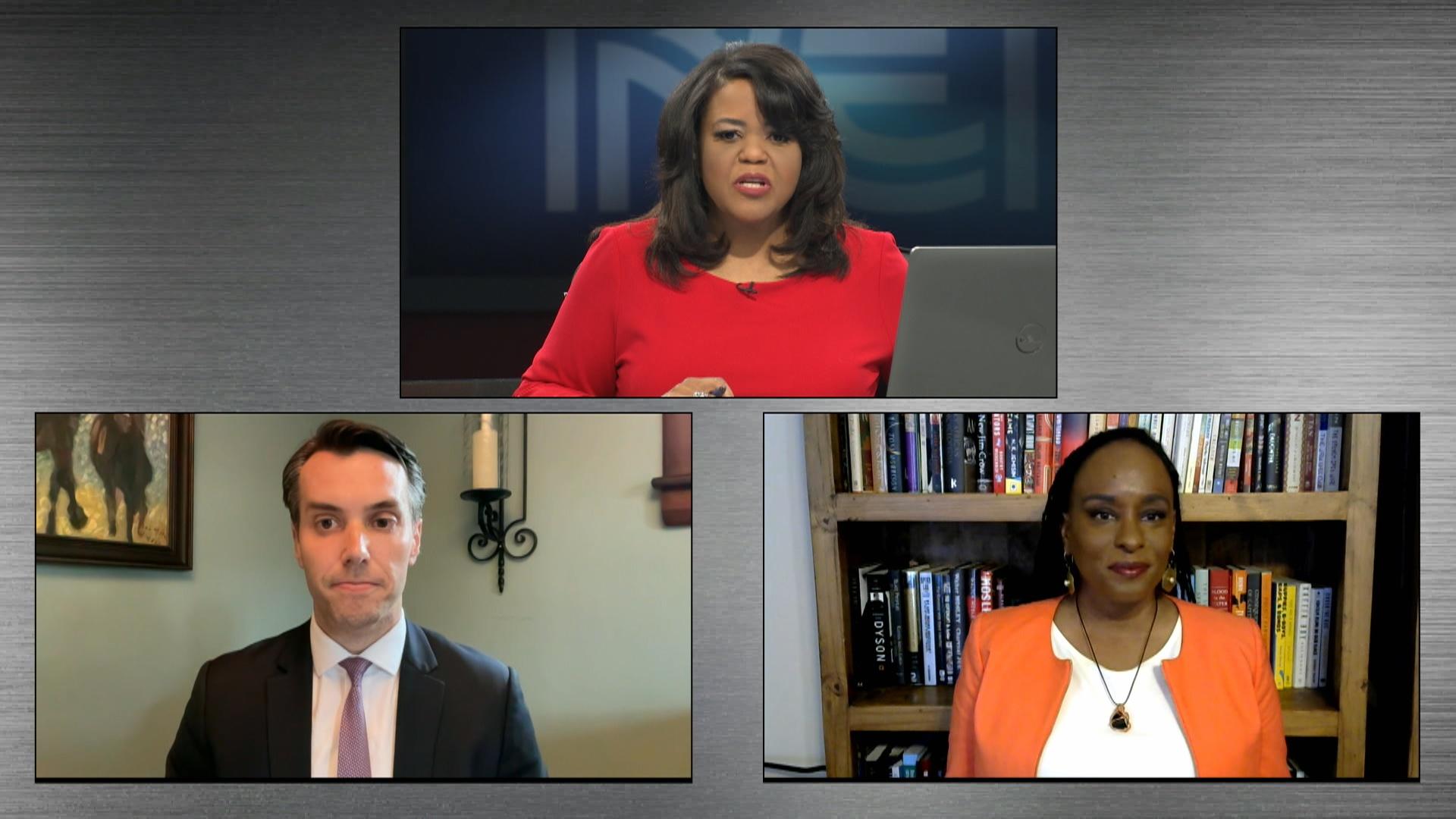