Five Takeaways from the Inside Opioid Addiction Forum

In conjunction with the Journey to Recovery documentary, KET hosted a town hall, the Inside Opioid Addiction Forum, which brought together policy makers, medical professionals, and advocates for recovery to discuss the opioid crisis in Kentucky. The program was hosted by KET’s Renee Shaw.

The forum featured the following panelists:

Here are five takeaways from the Inside Opioid Addiction Forum:

Audience guest Dr. Allen Brenzel of the University of Kentucky, who is medical director for the state’s Department of Behavioral Health, says opioids target neurotransmitters in the brain and change a person’s overall brain chemistry. People who are in the throes of opioid addiction have a substance use disorder, a brain disease, Brenzel says, even though many in society still regard them as persons of sound mind engaging in morally dubious, criminal behavior. This stereotype is incredibly damaging to both the afflicted individuals as well as society at large, several panelists contend.

This stigma can make persons struggling with addiction reluctant to seek help, feeling that they are regarded as being of inferior moral character rather than as having a disease. Moseley says this ostracism can become even more harmful to persons who lack access to health care. She feels, as do Nancy Hale and other panelists, that educating the public about the disease of substance use disorder is crucially important if we want to truly help people.

Emerson Goodwin says that his own regional primary care clinics in the western part of the state address opioid use disorder as a disease, and treat those who have it just as they do patients with diabetes, asthma, or any other malady.

“It is our intent to help our patients and their families understand that they are wrestling with a very difficult disease,” he says. “For one, you help reduce the stigma. Folks go to the doctor – you’re not going to a special place, you’re going to the doctor. The other part of that is, it allows that patient some normalcy in the process. They’re coming in the waiting room, and there’s other folks with colds, and there’s folks with diabetes, and there’s folks with substance use disorder. They’re all blended together.”

Treatment options in Kentucky are extensively explored in Journey to Recovery, and advocates for abstinence-based models (religious and non-religious) as well as medication-assisted treatment programs vouch for their respective approaches. The forum panelists support both modalities and generally agree that both are needed to effectively curtail the opioid epidemic in Kentucky.

Dr. Brenzel from the audience explains that for persons who have used opioids over several years, or even decades, choosing medication-assisted treatment (such as methadone or buprenorphine) may be the best option for them since it can help them avoid the initial, intense physical withdrawal and get them past that first hurdle so counseling and eventual detox can proceed. Others respond very well to the abstinence models. Brenzel says patients should be thoroughly assessed on an individual basis – determining their physical and mental health, degree of addiction, family situation – before the best treatment model is selected.

“The good thing is that our science, our research shows that people enter the road to recovery and they lead productive lives and they return to who they are as human beings,” Dr. Brenzel says. “I’m convinced that with the right opportunity, and the right support and the right treatment, everyone can return to functioning. … The key for treatment is that we have access to it.”

Nancy Hale from Operation UNITE says that initial reluctance to medication-assisted treatment in Eastern Kentucky is abating due to increased education about its effectiveness. Still, she says that abstinence-based models are more popular in Eastern Kentucky, due in part to what she says is a problem in the region with diversion of methadone or buprenorphine for illicit purposes.

Secretaries Tilley and Glisson say the opioid epidemic is the paramount issue on the agenda for both of their agencies. Glisson lists several areas that the Cabinet for Health and Human Services has identified as focus points to address, including expanding residential treatment services; family support, including bolstering the state’s foster care program; and combating neonatal abstinence syndrome (when infants are born physically dependent to opioids), which is on the rise in Kentucky.

Tilley says there is a promising pilot program that provides doses of the long-lasting opioid treatment medication Vivitrol to individuals in the criminal justice system who have substance use disorder. This pilot program is used in several drug courts and through the state’s SMART (Supervision Motivation Accountability Responsibility and Treatment) program. Another program in development, Tilley says, is the “Angel” initiative, which allows addicts to come into police stations, drop off their drugs and paraphernalia, and then ask for – and receive – treatment.

Another area Glisson wants to see expanded in Kentucky is using peer-based support to help those struggling with substance use disorder. She values the testimony from Tara Moseley and persons speaking in the Journey to Recovery film about how they use their own experiences to help inform and inspire current opioid users. Glisson wants to create a system of counseling where former opioid users meet up with and counsel current users in a medical setting – in the emergency room when they are recovering from an overdose, for example.

“The cultural shift that we’ve had in the last six or seven years has been dramatic, and I think that will continue to drive the kind of policy needed to get us far beyond this epidemic,” Tilley says. “I don’t think that we’re ever going to be away from it completely, but the numbers are so dramatic today that I think we can see substantial progress in the next several years because of this shift.”

When Charlotte Wethington tried to get her son enrolled in drug treatment in 2002, she was told that the decision to enter must be made by him. Casey Wethington died from an opioid overdose that year. Wethington eventually lobbied her state representative to introduce legislation that allowed relatives and friends of a drug user to petition the court to mandate drug treatment, and Casey’s Law was passed in 2004.

“I felt like I was uninformed and then misinformed. I really was clueless about Casey’s disease, the severity of it, his inability to control it, because he was telling me, ‘I got myself into this, Mom, I can get myself out,” she says. “And I know that he believed that. But as we’ve heard tonight, someone who is addicted cannot often make those choices to get treatment.”

Casey’s death forced Charlotte Wethington to learn everything available about the opioid epidemic, and she became one of the state’s leading recovery advocates.

“I knew nothing about what I was doing, really,” Wethington says. “I was a novice. I didn’t have any training in advocacy or lobbying or any of those things. But I had the passion, I had the purpose, I had the persistence, and thankfully through all of that, now we have a law that offers some empowerment to families, and friends even, who want to intervene on someone they know is in danger of dying from their disease.”

Tara Moseley found the strength to seek treatment and start recovery after entering a homeless shelter, and says she was “lucky to get treatment. That’s unfortunate that I view it that way, but that’s how it still is today, because the need is so much there.”

Tara credits her mother with unwavering support in helping her stay on the path to recovery, but she also says that during the years she was using opioids, her mother was completely unaware. Tara also praises her community of fellow recovering drug users. “Peer support – how essential and critical that is. Because they understand what the other person is going through. They’ve lived it.”

Kentucky has received national recognition for its policies regarding drug monitoring and treatment. But the panelists say that more resources need to be directed toward drug prevention. This includes educating the public about addiction as a brain disease; educating law enforcement about using the overdose reversal drug naloxone; and educating families about how to intervene to help save a loved one. However, policy makers also need to deploy a robust educational program aimed toward the state’s children and adolescents.

“Research has shown that pervasive, persistent messages to children and youth about substance abuse can prevent substance abuse,” says Nancy Hale. “Kentucky hasn’t been the leader in educating as far as through the K-12 curriculum. We don’t have that. Virginia, West Virginia, Ohio, they’ve all announced that within the next year they’re going to have a K-12 education curriculum.

"And the key to success with that prevention curriculum is starting early, and repeating it throughout the different grade levels. That message that the kids are learning is reinforced through the community, through parent efforts, through youth efforts. So we need an evidence-based, age specific, developmentally appropriate, and culturally sensitive K-12 curriculum.”

Emerson Goodwin agrees, pointing out that “we need more infrastructure for treatment, so it won’t be just 1 in 10 Kentuckians can get treatment, but we need to go whole hog into prevention. We’ve got to push all of our chips in the center of the table on prevention.” 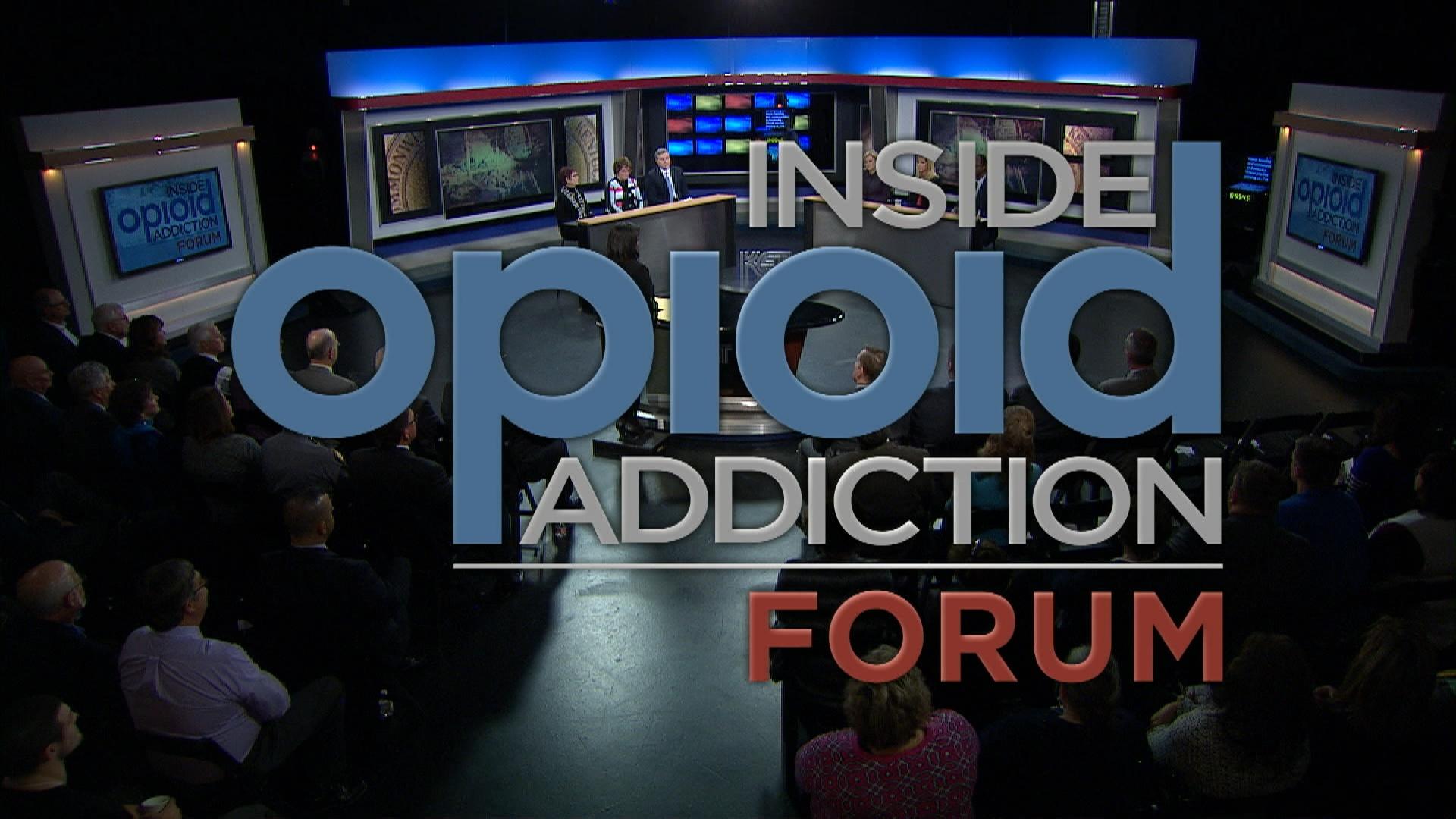