Singer/songwriter, performer, and author Naomi Judd talks about her life and her recovery from a near-death medical experience.
Season 9 Episode 27 Length 28:23 Premiere: 7/26/14

It’s not uncommon for parents to help their child sort through the pros and cons of a life-changing decision like a major career move.

It’s a little less common when the new job is running for U.S. Senate, and the people having the conversation are country music star Naomi Judd and her daughter, Hollywood actress Ashley Judd. Naomi described that process to Bill Goodman on last weekend’s One to One.

She says the two of them rented a Washington, D.C., hotel suite so Ashley could talk to a number of Beltway insiders about a possible campaign against incumbent Sen. Mitch McConnell. Naomi says the experience was exasperating.

“Ashley and I were so mortified, devastated by the lack of sincerity, the lack of awareness, the lack of a willingness to listen to the other side,” Naomi says. “I was relieved that she chose (not to run).”

Family History
The Judd roots run deep in Eastern Kentucky. Naomi says her great-great-grandfather used his Civil War pension to buy a family homeplace in Lawrence County. Naomi was born in Ashland, as was her older daughter, Wynonna.

After working as a registered nurse, Naomi launched a musical career with Wynonna. She says becoming an entertainer not only strengthened her relationship with Wynonna, but it also helped Naomi express feelings she had squelched for years.

“No one in our family was allowed to show emotion,” Judd says. “I always felt like a big piñata walking around, wishing somebody would break me open so I could spill all my secrets.”

But at the pinnacle of her singing career, Naomi was diagnosed with Hepatitis C, an infection of the liver that she likely contracted while working as a nurse in the intensive care unit. She was told she had three years to live. Yet Naomi did survive, experiencing what she calls a “medically documented miracle.”

Now she advocates on behalf of Hepatitis C research and is a frequent speaker on other health and social justice issues, including depression, domestic violence, and mountaintop removal coal mining. 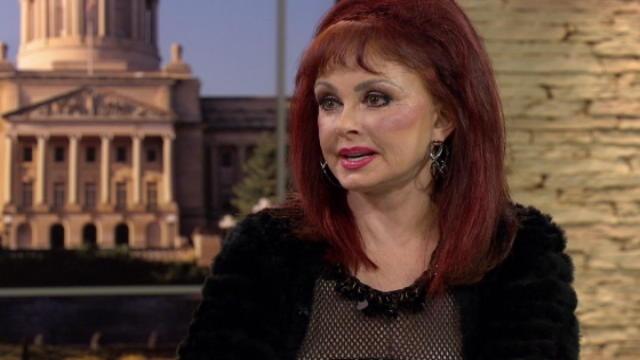