Renee Shaw speaks with two Louisvillians on the front lines of social and racial justice: Jecorey Arthur, a classically trained musician who is the youngest person to be elected to the Louisville Metro Council, and Quintez Brown, a University of Louisville political science student who is also a Courier Journal op-ed columnist writing about race, youth opinion, and social justice.
Season 16 Episode 9 Length 27:31 Premiere: 11/08/20

He’s been called Corey by his family, Mr. Arthur by his music students, and 1200 by the fans of his percussion work and hip-hop performances. Starting in January, 28-year old Jecorey Arthur will also be know as councilman when he becomes the youngest person to serve on the Louisville Metro Council.

“I’m looking forward to bringing that sense of young energy, new energy to council and make sure I address some things that have been going on far too long,” he says.

But Arthur admits he didn’t really want to seek office. Instead he thought it was something he needed to do to help address what he says is the neglect that Black Americans have experienced for decades.

“We are saying there needs to be bold, transformative policy changes,” he says, “policy that is unapologetic about fixing the people who built this country.”

Arthur’s path to politics started with music. As a child to a single mother in West Louisville, Arthur was a drummer and then drum major for his high school band. He went on to study percussion and music education at the University of Louisville. In addition to being a performer, producer, and promoter, Arthur taught music to children in Jefferson County classrooms and after-school programs.

As his political awareness blossomed, Arthur thought he might become a lobbyist. But he says he realized that to make real change happen, he had to seek office.

“I’m ready to be the loudest, the proudest, the most unapologetic, blackest, the youngest, and some people say the prettiest politician that they’ve ever seen,” Arthur says.

According to Arthur, life for Black Americans, or as he says American descendants of slavery (ADOS), has not improve much in the past 50 years. He attributes that to community disinvestment, poor educational practices, the crack cocaine epidemic, mass incarceration and other factors. He contends the Civil Rights Movement of the 1950s and ‘60s relied too much on iconic leaders who failed to pass the torch to younger generations who could’ve continued the fight.

“We should’ve never had messiah leadership where the movement died with a person or with persons,” Arthur says. “It’s almost like when Dr. Martin Luther King was assassinated, Black politics fell asleep.”

Instead of relying on one main leader, Arthur says the movement needs everyone to be leaders by applying the unique skills and qualities that we have as individuals to different aspects of the fight.

For his part as a new councilman, Arthur says wants to ensure the Metro Council does good for the community.

For example, Arthur says the city’s Neighborhood Advisory Councils are structured in such a way as to deter people who have suffered an eviction or have a criminal record from participating. He also contends the way to prevent police violence against Black men and women is to dismantle social and economic policies that adversely impact communities of color.

“What would happen if we addressed poverty, the root cause of the police showing up to your place in the first place,” he says, “and make sure that you don’t have to resort to a life of crime.”

He also says he wants to restore Black Americans to being the “priority minority” they were during the Civil Rights movement. Arthur contends they’ve become the “ugly stepchild” that doesn’t even warrant reparations like he says Native Americans and Japanese Americans have received.

“We have yet to see reparations, direct payments being paid to the descendants of the people who built this country,” he says. “We’ve yet to see protections and laws go beyond just symbolism... Tearing down a statue is symbolism, painting Black Lives Matter on the street is symbolism. Where’s the substance?”

In all his work, whether in music or in politics, Arthur says he wants people to see themselves in him and feel like they can achieve whatever life or career goals they set for themselves.

“I was never in my life positioned to be a politician,” he says. “But I’m here and I’m going to make sure that I not only open the door but I rip that door off the hinges for anyone who wants to follow in my footsteps.”

Someone who may well follow in Jecorey Arthur’s footsteps is Quintez Brown. The University of Louisville political science student says Arthur and Democratic state Rep. Charles Booker are among a new generation of Black leaders from West Louisville who can transform the community and state.

“They are going in to these offices not as politicians but as change makers,” says Brown. “We have a lot of opportunity here and potential to become a city that’s pushing for real structural change.”

But Brown is helping to make change himself. The first-generation college student writes opinion pieces for The Courier Journal newspaper. He is also a fellow at UofL’s Youth Violence Prevention Research Center, and he met former President Barack Obama at a national gathering of students held by the Obama Foundation.

“As I met new people and was introduced to different ways of life,” says Brown, “I realized that my life... wasn’t how everybody was living.”

Brown’s childhood in West Louisville included having a father who was often in prison. He says those absences became normal to him just like poverty or sexual abuse become normalized for other children. But Brown says it doesn’t have to be that way.

“It’s important for us to really always challenge what we see as normal,” he says.

For Brown, the transition started with the rise of the Black Lives Matter movement in 2014. He says that inspired him to start reading the Courier Journal, studying politics and history, and learning about the leaders in his own community, people like Councilman Arthur and Rep. Booker.

“Political education is a very important step towards becoming conscious and becoming mobile in our communities,” says Brown. “As a youth, if you read, if you know what you’re talking about, your voice is so powerful... You can begin challenging systems.”

While he enjoys having his opinion pieces published by his hometown newspaper, Brown says journalism isn’t in his future. He says he’s too opinionated and prefers to develop his own ideas. Now he’s learning towards a career in public policy.

With everything that has transpired this year, from a global pandemic to civil unrest and a hotly contested presidential election, Brown says he hopes people have learned that anything is possible. He says that’s an important lesson to carry into the new year.

“Revolution can happen,” says Brown. We can win. We have opportunity, we can mobilize, we can take over the streets.” 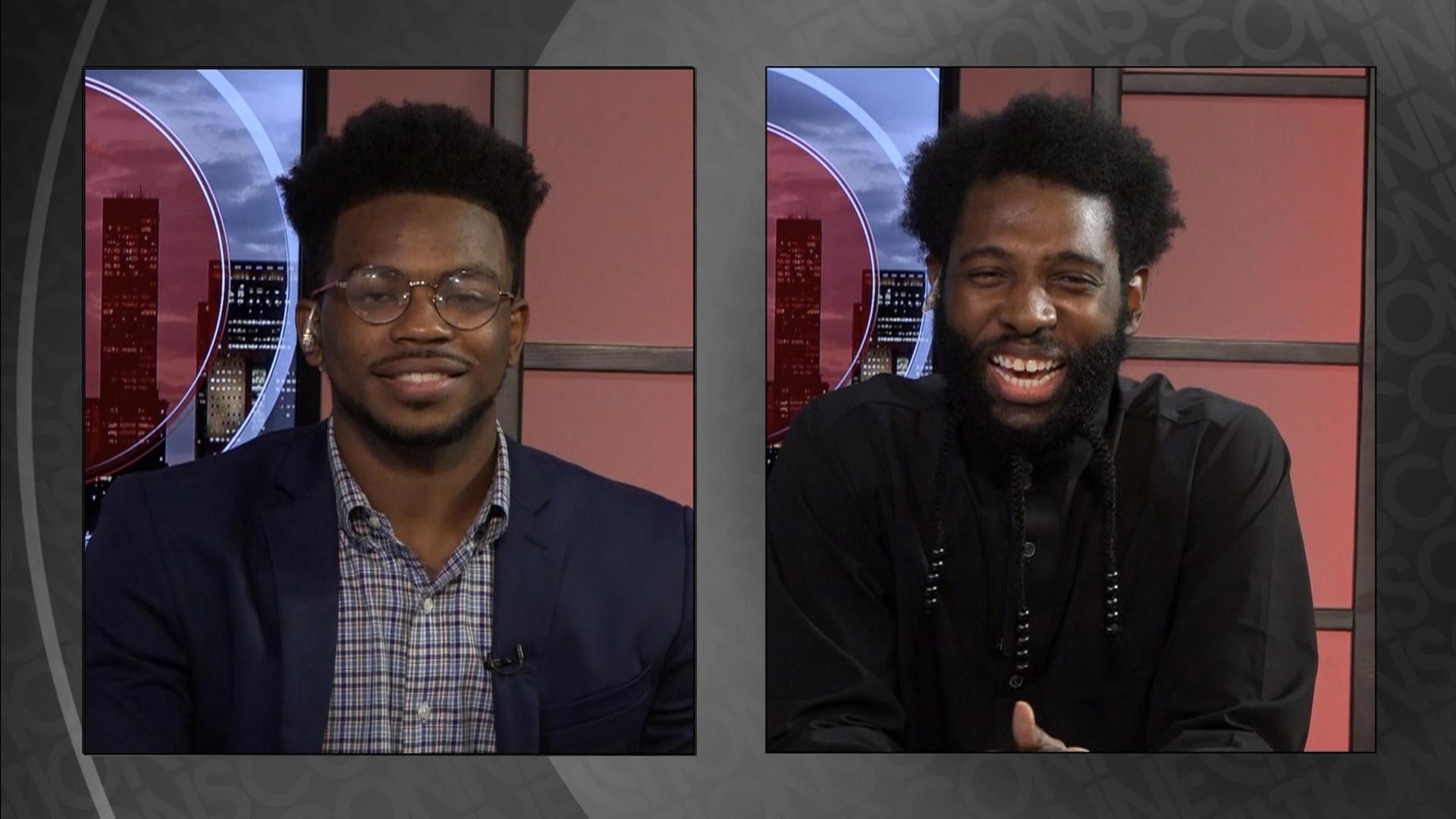