Author John Irving discusses his new novel, Avenue of Mysteries. Irving's career includes The World According to Garp, which won the National Book Award in 1980, and A Prayer for Owen Meany. Irving is interviewed by Sam Tanenhaus, a contributor to Bloomberg Politics and Bloomberg View, and a former editor of the Sunday Book Review.
S18 E1 Length 56:32 Premiere: 12.7.15

Sometimes the past can seem more real than the present.

Novelist John Irving explores the influence of past and present and much more in his latest novel, “Avenue of Mysteries.” In the novel, the reader meets Juan Diego and learns about the two tracks of his life, as the 54-year-old author recalls his life as a child performer in a Mexican circus.

“With the help of some medication, he sleeps a lot,” Irving said. “And every time he closes his eyes he’s 14. And he’s back in Mexico again. He lives more vividly in the past, in that moment when he and his sister were 13 and 14, than anything in his present life.”

Irving discussed his new novel with journalist and former New York Times Book Review editor, Sam Tanenhaus as part of the University of Louisville’s Kentucky Author Forum. The program was taped for KET’s Great Conversations in November at the Kentucky Center in Louisville.

“We begin with this man who is 54 taking a trip to the Philippines, and the back and forth is the architecture of the story,” Irving explained. Diego is making the trip to fulfill a childhood promise made long ago. Diego remembers his life with his clairvoyant sister, Lupe, when they were “dump” kids working in a Mexican circus.

Tanenhaus noted that the novel explores several themes. “The same character is living both those lives, and you raise all kinds of questions about the present the past, about mystery and miracle,” said Tanenhaus.

A Long Back Story

Irving’s epic novels have a long back story to their creation, Tanenhaus noted.

Irving agreed. “It’s often common for me that my novels sit unwritten, almost fully formed but not begun, and wait for more years for me to begin them.”

In that time, Irving does research, makes notes and creates characters and story lines. He writes everything by hand.

“Everything about my process is slow, including writing itself. And it’s deliberately so,” Irving said. “I need to know especially everything about the end of the story because my novels are ending driven. I need to be writing toward, not just what happens in a story, but how it sounds, what the voice is. I need to have written that voice of the ending, and be writing toward it.”

Originally Irving had planned a screenplay based on the real-life children in India who work in high-wire circus acts without any safety nets. The film in the making hit a roadblock from Indian censors who found it did not shed a good light on India.

He and the filmmakers turned to Mexico’s circuses, where he came to realize that the story of the children in the circus was a novel, and it should begin with the boy as a man looking backward.

Irving’s works have been translated into at least 35 languages. Irving said almost 50 percent of his income as a writer comes from translations. Among his major influences are the late German author Gunter Grass, Charles Dickens, and the theater.

Tanenhaus noted that in “Avenue of Mysteries,” Juan Diego says that women readers keep fiction alive. Irving said it’s no secret that women are the primary readers of literary fiction.

“It’s embarrassing sometimes that, when I see a man – not a college student, but a grown man—reading a good novel on a plane, I have to restrain myself from kissing him and hugging him and saying, ‘Thank you, sir. Good for you!’” Irving said.

Irving said that while he is writing a novel, he doesn’t think about who his readers are as far as age and gender, but he is conscious of the reader as he writes. He attributed his background in theater for making him aware of the audience.

“The theatricality, the bringing the audience into sufficient knowledge so they’re anticipating where this is going, early on, I did get that from old theater, good theater,” he said.

‘The Wonder of the Miraculous’
The novel addresses the tension between individual emotions, Tanenhaus said, and restrictions placed on them by institutions like the church. Irving agreed, but noted that religious mysteries and miracles are important in people’s lives.

“You can’t, I think, disparage the wonder of the miraculous, which makes so many people believe and want to believe in spite of their own misgivings regarding the human frailty, or human disappointments, of the church, of any church.

“The title of this novel, ‘Avenue of Mysteries,’ comes from an actual street in Mexico City. It’s the street the pilgrims take to approach the basilica to Our Lady of Guadalupe. … The mysteries of this title refer to those religious mysteries. And there is a religious mystery, something that can’t be explained, in this novel.

“But of course the title refers to other, shall we say, carnal mysteries as well. There is a secular element to this story.”

The epigraph to the novel is from Shakespeare’s “Twelfth Night”: “Journeys end in lovers meeting.”

Irving said he almost chose as the epigraph a line from Jeanette Winterson’s “The Passion”: “Religion is somewhere between fear and sex.”

“Think about one thing that sex and faith have in common. … Sex and faith can make people do extraordinary things—including things that are out of character.”

After the taping of Great Conversations, the audience is invited to ask questions of the author. KET presents these after-the-show segments as online exclusives.

NPR host Diane Rehm discusses her book, "On My Own", about reconstructing her life after the death of her husband of 54 years. She is interviewed by author Ann Patchett. The interview was recorded at the University of Louisville Kentucky Author Forum.

Joe Nocera, long-time Business and Opinion writer for the New York Times, talks about his book, Indentured: The Inside Story of the Rebellion Against the NCAA. He is interviewed by Buzz Bissinger, author of Friday Night Lights and contributing editor at Vanity Fair. The interview was recorded at the University of Louisville Kentucky Author Forum.

Author John Irving discusses his new novel, "Avenue of Mysteries". His prolific career includes "The World According to Garp", which won the National Book Award in 1980, and "A Prayer for Owen Meany". Irving is interviewed by American historian Sam Tanenhaus, a contributor to Bloomberg Politics and Bloomberg View, and a columnist and associate editor at the British monthly, "Prospect". Tanenhaus is also a former editor in chief of the Sunday Book Review and Week in Review at "The New York Times". The interview was recorded at the University of Louisville Kentucky Author Forum.

Journalist and political commentator E.J. Dionne, a long-time op-ed columnist for "The Washington Post", talks about his book, "Why The Right Went Wrong: Conservatism - from Goldwater to the Tea Party and Beyond". He is interviewed by James Fallows, a National correspondent for "The Atlantic". The interview was recorded at the University of Louisville Kentucky Author Forum. 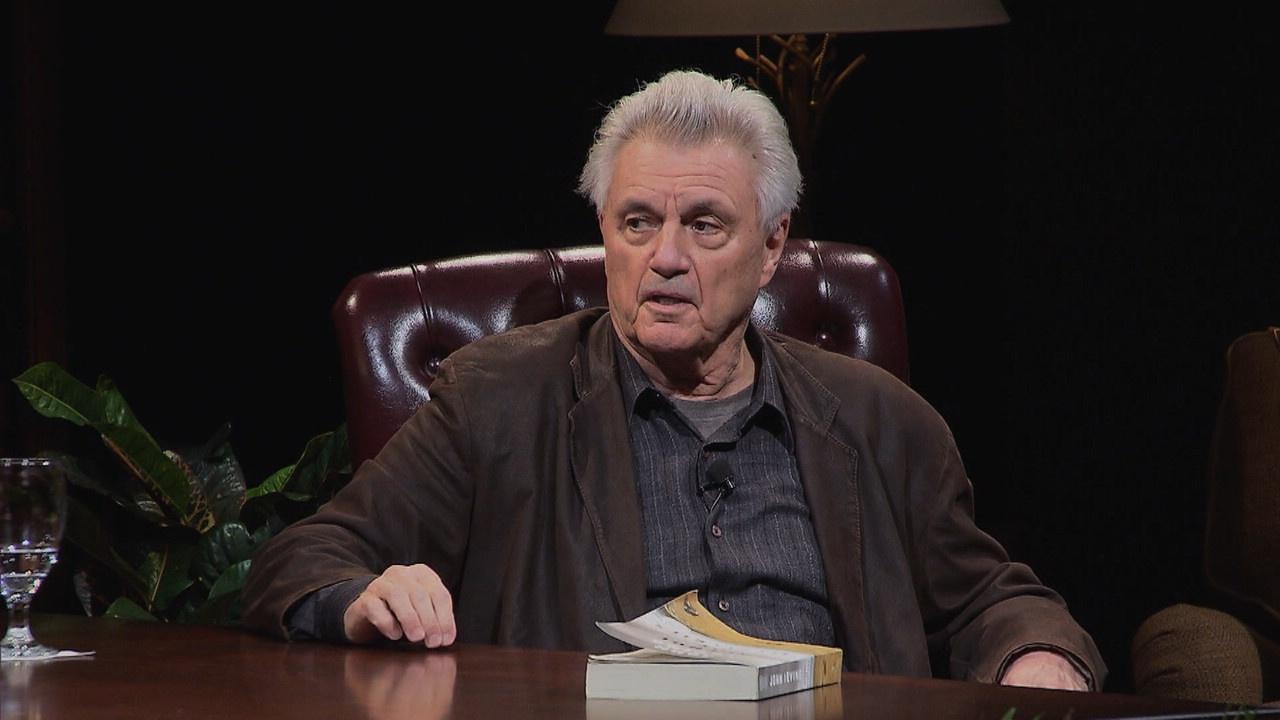