While abortion restrictions in multiple states face legal challenges, lawmakers in the 2022 Kentucky General Assembly session are expected to consider an omnibus bill that could place new limits on abortions in the commonwealth.

The legislation, although not yet public, is expected to include provisions that make it harder for minors to get an abortion and to limit access to mail-order abortion medications. It would also address abortion reversal procedures, disposal of fetal remains, and protections for health care providers who decline to perform abortions.

Rep. Nancy Tate (R-Brandenburg) says her bill, which could carry the name Humanity in Health Care Act, is a compilation of multiple measures proposed during the 2021 session and is, in part, a response to a recent increase in abortion procedures in the commonwealth. She says the state usually averages about 3,000 abortions a year, but in 2020, that number jumped to more than 4,000. Many of those, she says, were performed on minors.

While Kentucky law already requires parental consent for minors seeking an abortion, Tate’s proposal would require identification of the adult giving the consent to ensure that he or she is the parent. The medical provider would also have to sign an affidavit confirming they obtained the proper consent. Doctors who knowingly perform an abortion on a minor without parental consent would face a Class D felony charge.

Kentucky Right to Life Executive Director Addia Wuchner says the certifications are meant to protect young girls from sex traffickers or other adults who may try to pose as the child’s parent. But Tamarra Wieder, Kentucky state director of Planned Parenthood of Indiana and Kentucky, says the provision will only make it harder for marginalized individuals to get the care they seek.

“It’s a legal hurdle for parents supporting their children getting an abortion that ultimately make accessing abortion, full stop, not available to individuals in the commonwealth,” says Wieder.

Minors who fear getting their parents’ consent can seek court approval to have the procedure. Wieder says the so-called judicial bypass option already exists in Kentucky, but Tate’s measure would require the court to determine if the child seeking an abortion is credible, mentally capable, and aware of the implications of her decision.

The proposed omnibus bill, which Tate and Wuchner previewed for a legislative committee in late October, would also require that so-called abortion pills be dispensed only in-person by doctors, not ordered by mail for unsupervised home use. Wuchner says the two-step chemical abortion process involves a progesterone pill that cuts off the blood supply and hormones to the fetus, and a second pill that causes the women to expel the fetus. About half of the abortions in Kentucky are chemical abortions (also known as medical abortions), while the other half are surgical procedures.

Wieder says current Kentucky law requires the pills to be dispensed at one of the state’s two abortion clinics. The first pill is taken at the office, and the second one is taken at home. She says Planned Parenthood doctors then follow up with their patients to ensure that the woman has safely passed all the products of conception.

“Medication abortion is 99 percent safe and effective,” says Wieder. “It’s so safe, in fact, that the FDA had loosened restrictions during COVID to make it more accessible to people.”

Earlier this year the Biden Administration temporarily lifted the restriction that the pills only be dispensed in person. Now doctors in some states can prescribe the pills via telemedicine and have them delivered by mail.

Tate contends that thousands of women have died taking abortion pills. She fears removing more direct medical supervision and sourcing pills on the internet or through the mail will put women at greater risk

“Chemical abortions are not safe,” says Tate. “They’re actually proven to be four times more dangerous for the mother than the surgical abortions.”

During COVID, health officials in the United Kingdom also have made abortion pills available by mail, according to Katie Glenn, government affairs counsel at Americans United for Life. She says paramedics there reported a spike in women needing emergency care as a result of that change.

“We need to learn from those mistakes, not make them ourselves,” says Glenn.

The proposed legislation also requires the Cabinet for Health and Family Services to provide information about providers who offer what’s known as an abortion reversal pill. That medication, essentially a massive dose of progesterone, can halt a chemical abortion after the first stage of the process. Doctors are already required to tell patients that a reversal process is possible in case the woman changes her mind.

Glenn and Wuchner say the progesterone treatment is not new: it is used for some cancer patients and for women with fertility problems.

But Weider says the federal Food and Drug Administration, the American Medical Association, and the American College of Obstetrics and Gynecologists do not support the practice of chemical abortion reversal.

“It’s actually been called junk science,” says Wieder, “so the fact that we already having to tell patients this when it’s is not safe is problematic enough.”

Another provision addresses the disposal of fetal remains. Tate says within 24 hours of the procedure, the health care provider must inform the patient of what their options are for burying or cremating the remains. She says cremations must be done individually, not as part of larger batch of tissue, and the ashes given to the parents. Tate says the requirement stems from personal experience: She had three miscarriages, and she says she doesn’t know what happened to any of the remains.

“Those are babies, and so they should be treated with dignity,” says Tate.

As for the costs associated with the requirement, Tate says many funeral homes will provide such services free of charge. If none are available, she says the parents would be responsible for cremation and/or burial expenses.

Wieder says if the woman wants the remains, she should get them, but she contends that requiring the patient to take the remains only serves to shame and stigmatize the woman. State Rep. Attica Scott (D-Louisville) adds that the provision is unnecessary since the state already regulates the disposal of medical tissue.

“If we’re going to force people to pay for something that they can’t afford, we’re adding to keeping people in poverty,” says Scott.

The omnibus bill would also provide protections for medical personnel who for reasons of personal conscience decline to perform or participate in abortion procedures, and allows for civil actions against an employer that terminates an employee for not providing an abortion. The proposed legislation would also prevent any public funds in the state from going to entities that perform abortions or even offer counseling about them.

Opponents of the proposed bill argue it is unnecessary given the restrictions already placed on abortion in the commonwealth. They also contend it is a further attack on a women’s right to access the full range of reproductive health services.

“So much of what I’m hearing about this bill… seems to be searching for a problem that doesn’t exist,” says ACLU of Kentucky attorney Heather Gatnarek. “We have a standard in this country and people are free to make these decisions for themselves, and that right is at risk.”

Instead of trying to control a woman’s body, Scott says her fellow lawmakers should tackle issues like poverty arising from medical care debts and the state’s alarmingly high maternal mortality rates, especially among Black women. She says Democrats have proposed a range of bills on those topics, but she says the Republican supermajorities in the House and Senate won’t bring them up for debate or a vote.

“These are the issues that we should be addressing rather than forcing people to give birth against their will.” says Scott.

Tate and Glenn say they wants to address many of the same women’s health issues as Scott, but not at the expense of the life of an unborn child.

“We agree on so much and abortion really clouds that conversation because it takes medicine from a healing profession to a killing profession,” says Glenn.

As a former state lawmaker and a former OB nurse, Wuchner says supporters of this legislation have no intent to shame women who seek abortions. She says they want to protect women’s health from a procedure they see as dangerous and immoral.

“While we may disagree with the termination of a pregnancy, we still want it to be safe,” says Wuchner. 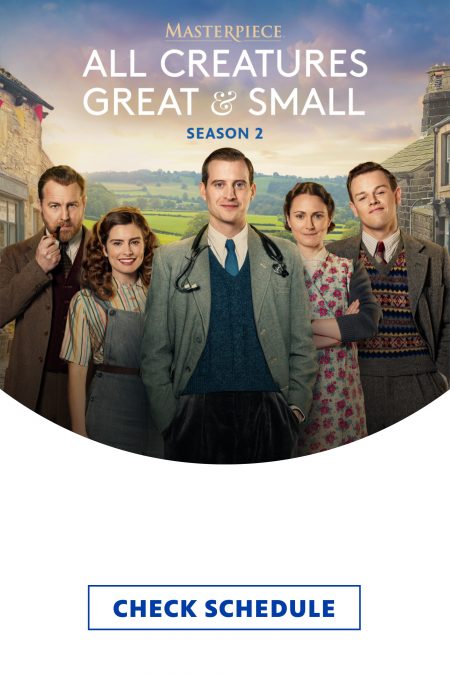 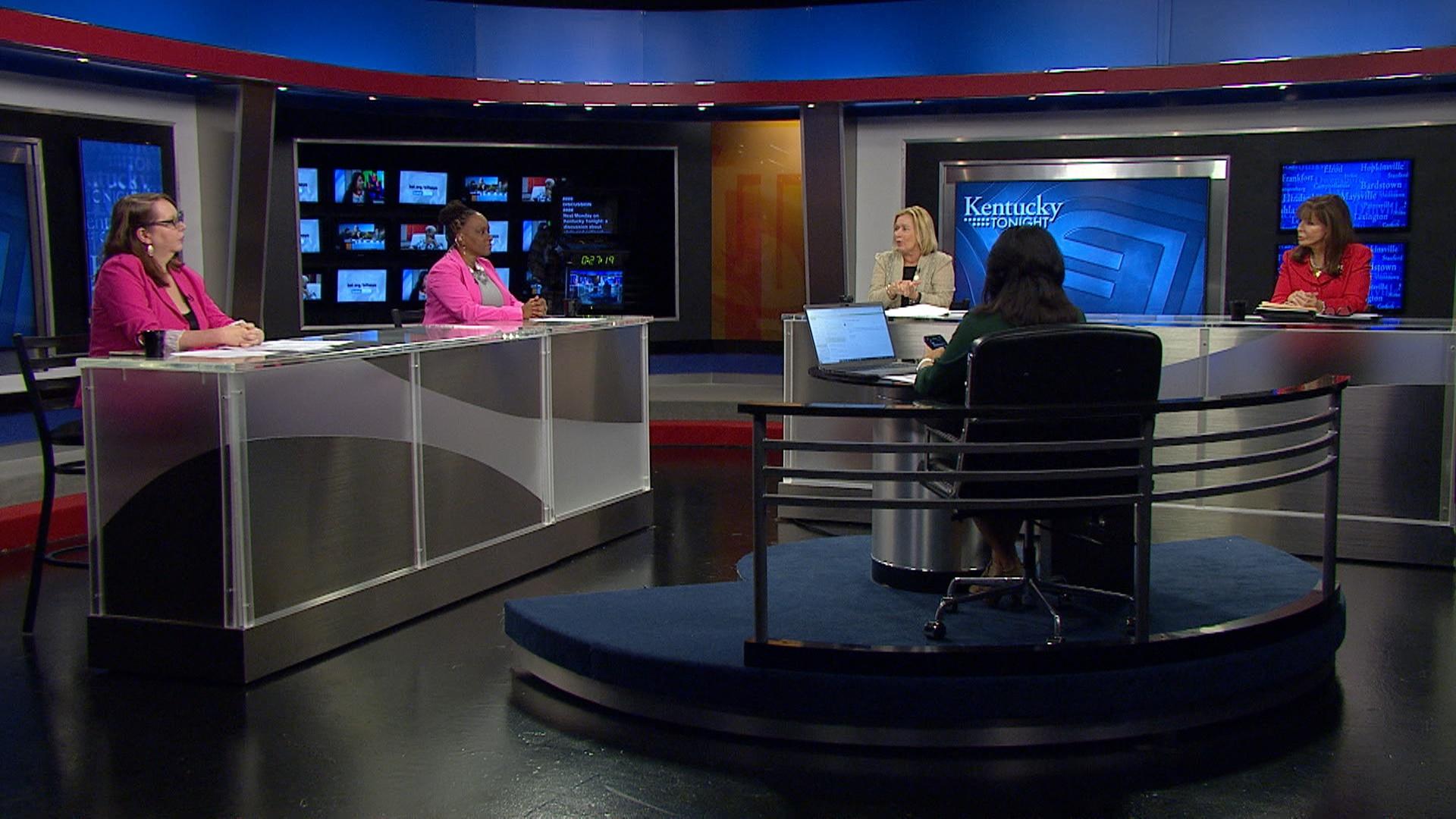