In the last days of the 2021 Kentucky General Assembly session, the fate of a Senate bill to limit no-knock search and arrest warrants could hinge on floor amendments pending in the House of Representatives.

The warrants in which law enforcement are not required to knock and announce themselves came to public attention last March when Louisville Metro Police officers shot and killed Breonna Taylor as they forcibly entered her apartment to execute a search warrant in a drug case involving her ex-boyfriend.

Taylor’s death in the late-night incident sparked weeks of protest in Louisville and around the nation last summer. The 26-year-old EMT was Black, and the officers involved are white. In June the Louisville Metro Council unanimously voted to ban no-knock warrants. Breonna’s Law also requires police serving warrants to wear body cameras and to activate them prior to executing a warrant.

Activists have since called for a statewide ban on no-knock warrants, following the lead of Florida, Oregon, and Virginia, which already prohibit their use. Two bills currently before the Kentucky legislature seek to address the issue: Senate Bill 4, sponsored by Senate President Robert Stivers (R-Manchester) and House Bill 21, sponsored by Rep. Attica Scott (D-Louisville).

While HB 21 calls for a complete ban on the practice, SB 4 seeks to limit it. Stivers says his measure establishes specific criteria by which a no-knock warrant can be attained, and restricts their use to between 6 a.m. and 10 p.m., when most people would normally be awake. It also requires officers serving them to be specially trained, and to wear and operate their body cameras.

“It is probably one of the most significant and dangerous types of events that police officers can be involved in,” says Stivers. “Therefore it is dangerous to the suspects, or inhabitants, or innocent bystanders because of the nature and circumstance of entering in to someone’s residence without first announcing who you are.”

Under SB 4, no-knock warrants could only be issued for life-threatening situations, such as a hostage crisis or a terroristic threat involving weapons of mass destruction or biological weapons. They could not be used for drug-related crimes, as was the case in the Breonna Taylor shooting.

“It has to be a very extreme situation,” says Stivers. “I think most people when they think through actual happenings would understand why there would be very limited situations that you would have both no-knock search warrants and no-knock arrest warrants.”

In contrast to SB 4, HB 21 would require officers serving any warrant to knock, announce themselves, and wait at least 10 seconds before entering the premises.

“The Fourth Amendment [of the U.S. Constitution] is supposed to protect us from unreasonable searches and seizures,” says Scott. “We aren’t experiencing that with no-knock warrants. They are unreasonable, and so that’s why we have to ban them across the commonwealth of Kentucky in order to keep people safe.”

The House bill also requires officers to wear and activate body cameras when serving warrants, calls for mandatory drug and alcohol testing of officers involved in the use of deadly force, and expands the scope of actions that can be taken against an officer who violates the provisions.

Scott says banning no-knock warrants is critical to addressing trauma that individuals of color have experienced at the hands of law enforcement.

Louisville Metro Councilman Jecorey Arthur says that it is hypocritical to allow no-knock warrants in a state where more than half of residents own guns and can use them to defend their home from a suspected intruder. He contends issuing a statewide ban on no-knock warrants is the minimum that lawmakers can do.

“This is a very dangerous game that we’re playing with having sometimes you can perform no-knock warrants, sometimes you can’t,” says Arthur. “We have to realize that civilians and also officers have been killed during these.”

While Scott’s HB 21 stalled in a House committee, SB 4 gained unanimous passage by the Senate in late February. But in the House last week, representatives sought to add several floor amendments that could hinder final passage of SB 4.

House Floor Amendment 2 from Rep. John Blanton (R-Salyersville), who is a retired Kentucky State Police officer, would expand the hours that a no-knock warrant could be served until midnight. It also would allow any officers to serve the warrants if specially trained officers are not available.

Ryan Straw, governmental affairs director of the Kentucky State Fraternal Order of Police, says this amendment gives much needed flexibility to law enforcement in rural areas who may not have SWAT-trained officers on staff or who need extra time to allow outside backup to arrive.

“If we have to have the state police, which serve the majority of those [warrants] out in the rural parts, we’re not sure if they can make it in those times,” says Straw.

Straw adds that the FOP is open to amending no-knock warrant policies as long as the changes don’t hinder law enforcement from doing their jobs.

Another floor amendment to SB 4, this one Perry County Republican Rep. Chris Fugate, who is also a former state policeman, would allow no-knock warrants to be used for certain drug-related felony investigations.

Scott calls House Floor Amendment 3 a “deal-breaker” and the antithesis of what criminal justice reform activists are seeking.

“It basically says what happened to [Breonna Taylor] was justified,” says Scott. “I cannot support that amendment.”

A final floor amendment to SB 4 would require officers serving warrants to be clearly identifiable as law enforcement, and would require emergency medical personnel to be present during the execution of a no-knock warrant. Bowling Green Democrat Rep. Patti Minter’s proposed amendment would also allow no-knock warrants to be used in cases involving sexual offenses or serious physical injury.

Scott says she’s uncertain whether she can support SB 4 when it comes to a House vote, depending on what happens with the various floor amendments. Plus there’s no guarantee the Senate would concur with a House-amended version of SB 4 should it clear the lower chamber.

Lawmakers have limited time to complete their work before the session ends at midnight on March 30. Stivers says legislators should continue to discuss the bill to make sure everyone is comfortable with it, even if that means waiting until the last minute to give it final passage. That would mean Gov. Andy Beshear could veto the measure and lawmakers would have no chance to override. it. But Stivers doesn’t believe that will be a problem.

“If there’s uniformity in belief that this is a fair bill and it happens to come out on day 29 or 30 [of the session], I think the governor would probably sign it,” says Stivers.

Sen. Danny Carroll’s Senate Bill 80 would make it easier to decertify police officers for misconduct, and make it harder for those accused of inappropriate behavior to simply leave their job and find work with another police department.

As of now, a misconduct investigation of a police officer ceases if that officer retires or resigns, according to Stivers. He says an officer could simply move to another agency and avoid any ramifications of his or her inappropriate actions. He says SB 80 would end that practice.

“Other agencies need to know what their conduct was and why they left,” says Stivers. “We do not need to be certifying officers to go into other policing agencies if they have violated various codes of conduct.”

Carroll, a Republican who served for two decades as policeman in Paducah, is also the sponsor of Senate Bill 211, which would make it a crime to taunt or insult a police officer. It also increases the penalties for crimes committed in or near a riot or public disturbance.

Straw says the FOP supports both measures. As someone who worked as a police chaplain during the demonstrations in Louisville over Breonna Taylor’s death, he says there is a significant difference between rioters and protestors. He says police need the ability to intervene with people who seek to elicit a physical response from law enforcement.

“Part of [Senate Bill] 211 that benefits the police is being able to remove a person or persons from that situation so that if people are peacefully protesting they don’t take away from that protest because we very much believe that that is a cornerstone of our democracy,” says Straw.

“It sends a statement that some of our law enforcement, some of the people across this commonwealth care more about white feelings than Black killings,” says Arthur.

Stivers says Carroll bears no ill will towards protestors, he simply sees the issue through the lens of a law enforcement veteran who wants to protect police, public safety, and private property. Stivers says SB 211 would apply just as strongly to individuals who protested COVID-19 restrictions at the state capitol and governor’s mansion last year as it would to Black Lives Matter demonstrators.

But Scott sees 211 as a “direct attack” on those seeking racial justice.

“Our entire society is set up to the benefit of law enforcement: They have an entire bill of rights in Kentucky, they have qualified immunity, there is very little accountability,” says Scott. “When do police get held accountable for their actions? Why are we as Black people always under attack because we speak up for our rights and because we are marching for justice?” 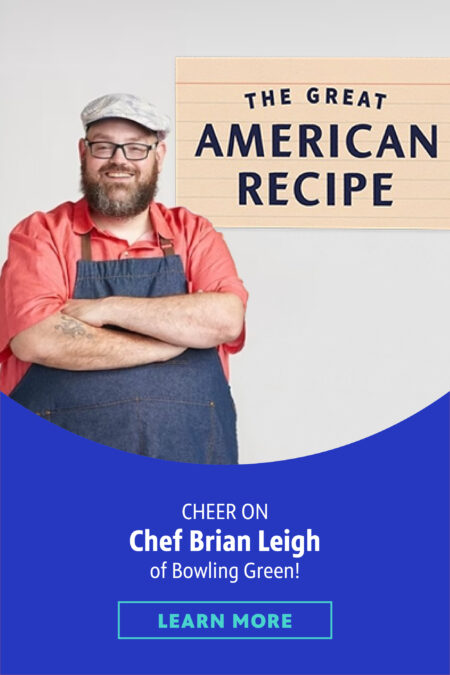 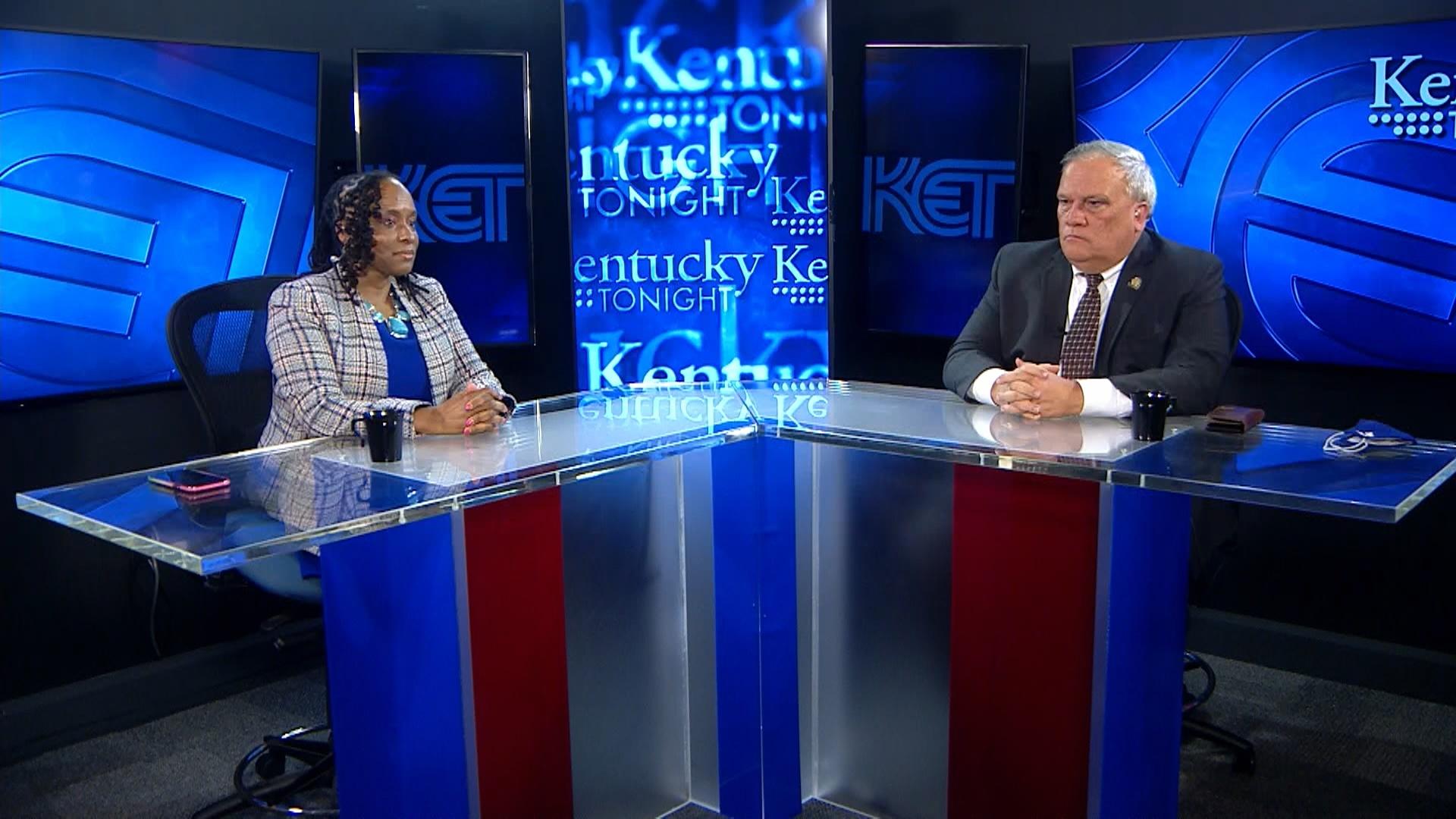