It has no classrooms or campus. It doesn’t offer degrees or diplomas. It doesn’t even have a football or basketball team.

Yet this uniquely American institution has touched the lives of every citizen for more than two centuries.

It’s the Electoral College, and this year, as it does every four years, it will select the person who will be the next President of the United States.

A Last-minute Compromise
The Electoral College was formed during the Constitutional Convention of 1787, when delegates from 12 of the 13 states convened in Philadelphia to develop a framework for the new American government. With all that they had to accomplish, establishing presidential elections was not a high priority for the 70 delegates.

“How to choose the president was one of the last things decided at the Constitutional Convention,” says Berea College political science professor John Heyrman. “They were really not sure how to choose presidents for a long time. This was sort of a last-minute, last-ditch compromise.”

At issue was who would actually elect the chief executive. The options the delegates considered included having Congress select the president or having qualified citizens elect their leader. Centre College Assistant Professor of Politics Benjamin Knoll says that the notion of a popular vote was a non-starter among the delegates because they were skeptical that Americans had sufficient wisdom to select their president. Having Congress make the choice was also problematic because of concerns about separation of government powers.

The delegates arrived at a compromise, whereby a panel of electors representing each state would convene to select a new president. The number of electors from a given state would equal the members of Congress from that state. Kentucky, for example, now has six congressmen and two senators, so the commonwealth has eight electors. Originally, most states charged their legislatures with selecting individuals to serve as electors.

Gary Gregg, director of the McConnell Center at the University of Louisville, says the goal was to have qualified, knowledgeable people engage in lengthy debates about the candidates before making their final selection.

“The founders really wanted us to have a deliberative republic rather than a simple majoritarian, populist sort of democracy,” says Gregg.

From the beginning, though, the constitutional language about electors had its flaws. For example, it called for the candidate who received the majority of electoral votes to become the president, while the runner-up became vice president. That meant candidates from competing parties who might be fierce opponents could occupy the two executive positions.

“I think at the time, no one really thought it was the best method ever invented,” says Anne Cizmar, government professor at Eastern Kentucky University. “But really it was the only method they could find that would be practical.”

Lose the Vote, Win the Election
The electoral system continued to evolve over the years. The 12th Amendment to the Constitution, proposed in 1803 and ratified the next year, clarifies some of the issues with the original language.

Today, party apparatuses in each state select a slate of electors. Gary Gregg says they are generally people who have proven their loyalty and their financial commitment to their party.

The party representing the candidate who wins that particular state on Election Day will empanel their electors to cast their votes for that candidate. So, voters aren’t actually picking a president; in essence, they select the electors who will vote for the presidential candidate who won their state. Most states allocate their electoral votes on a winner-take-all basis. Nebraska and Maine apportion their votes based on which candidate wins each congressional district.

This year, electors in each state and the District of Columbia will meet on Dec. 19 to cast their ballots for president and vice president. Then, on Jan. 6, 2017, a joint session of Congress convenes to tally the electoral votes.

“Ultimately, the Electoral College is undemocratic,” says Joshua Douglas, law professor at the University of Kentucky. “Someone can not win the majority of the votes and yet become president… [If] we define democracy as majority rule and consent of the governed, then you have the possibility of that not occurring.”

Douglas argues that a switch to a national popular vote for electing presidents would be a better, more equitable system. Since a constitutional amendment to ditch the Electoral College system is unlikely, he says popular vote advocates have introduced legislation in all 50 states that offers a possible alternative.

So far only 11 mostly Democratic-leaning states have approved the compact. Douglas says he believes red states would quickly embrace the idea if a GOP presidential candidate won the popular vote but lost the election.

Electoral Nightmares
The notion of a national popular vote isn’t popular with everyone. Gregg says he worries that candidates, especially Democratic ones, would focus all of their attention on the nation’s biggest cities, where they could more efficiently secure a substantial number of votes. He says smaller or more rural swing states that now get attention from candidates seeking electoral votes would become largely irrelevant in a popular vote system. Cizmar says she fears a popular vote system with a crowded presidential field could result in the winning candidate not getting enough votes to claim a mandate to govern.

A politician who wins the presidency but loses the popular vote isn’t the only troubling scenario possible under the electoral structure. Centre College political scientist Benjamin Knoll says that there is no federal law that requires state electors to actually vote for their pledged candidates. So in a closely contested election, a change of heart by one or two electors could alter the outcome of a presidential race.

Since electoral votes are not cast until a month after Election Day, Gregg wonders what would happen if some damning information came out about the winner in the interim. He says it’s conceivable the disclosure could prove so disturbing that electors could decide to select the second-place finisher.

Then there’s the possibility of a double or even a triple tie. If the electoral vote ends in a 269 to 269 draw, the U.S. House Representatives would decide the presidential election while the U.S. Senate would select the vice president. In the House, each state delegation is given one vote to cast, so it’s possible that the chamber could split 25 to 25. In that case, the Senate-selected vice presidential winner would serve as president.

But what if the Senate also deadlocked? The Constitution says each senator gets one vote, so that body could come to an impasse on selecting a vice president. If that were to occur, then the Speaker of the House would serve as acting president.

Child Abuse and Neglect in Kentucky 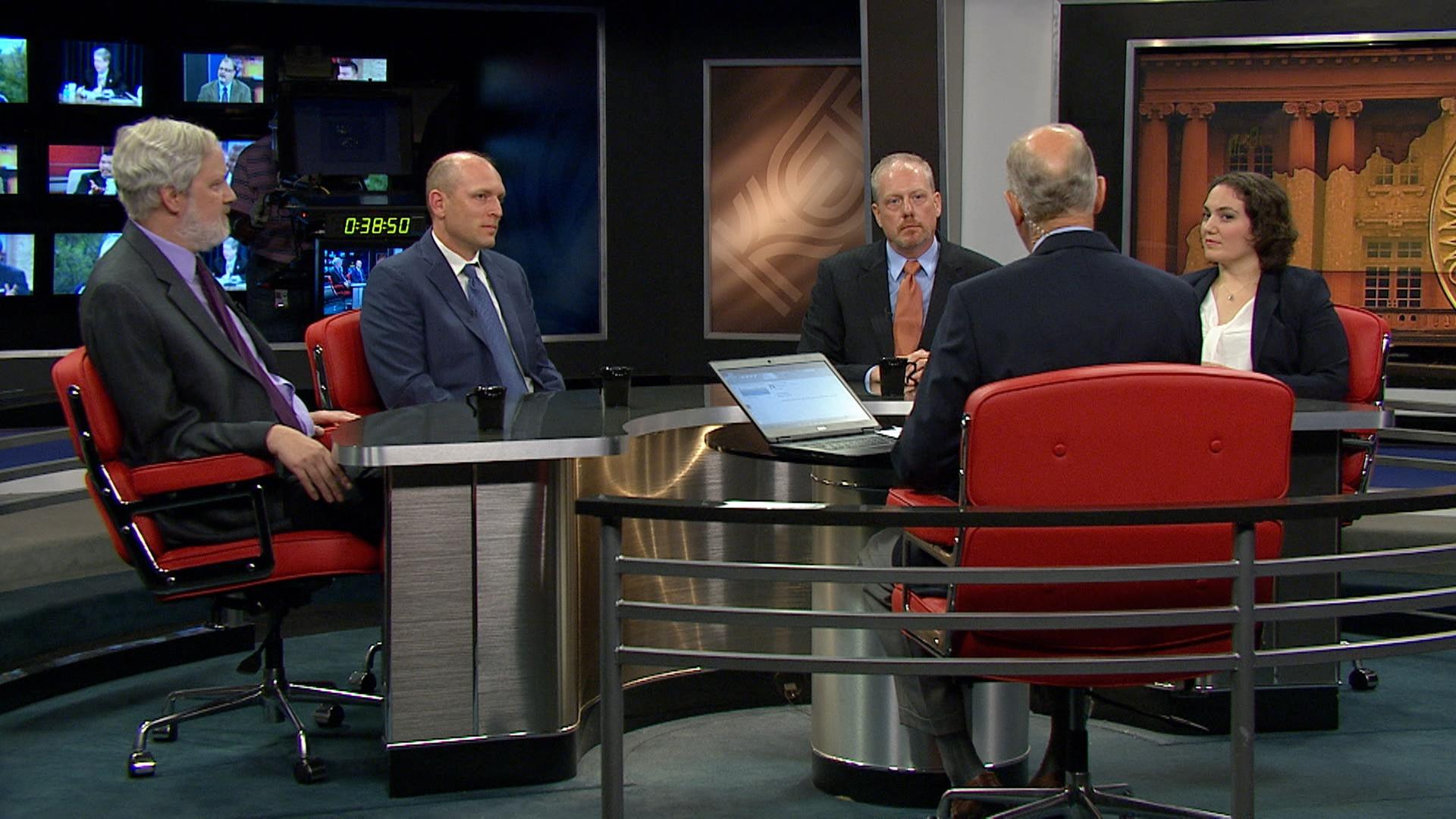