Renee Shaw talks with her guests about the state's labor shortage and how companies are facing hiring challenges as they seek to keep pace with the economic recovery. Guests include Caitlin Blair, political and communications director for the United Food and Commercial Workers Local 227; Beth Davisson, vice president of workforce development for the Kentucky Chamber of Commerce; and others.
S28 E21 Length 56:33 Premiere: 6.28.21

Labor Experts Debate Strategies for Bringing Kentuckians Back to the Workforce

As the economy recovers from the COVID-19 pandemic, businesses across the state are struggling to find workers to fill thousands of open jobs even though there should be plenty of people available in the labor pool. Some employers argue that generous unemployment benefits that include a $300 weekly supplement from the federal government are encouraging people to stay home rather than return to the workforce. Others blame low pay and undesirable working conditions for keeping potential workers on the sidelines.

The reality, according to economists, is far more complex.

“I think we had a lot of things break in such a way that it really did encourage people to reassess their employment situation,” says Mike Clark, Ph.D., director of the Center for Business and Economic Research in the Gatton College of Business and Economics at the University of Kentucky. “Did they really want to continue working or was this just an opportune time to go ahead and pull out of the labor force.”

Yes, unemployment payments and working conditions do play a role, says Clark and fellow UK economist Kenneth Troske. But so do generational and gender issues, child care, lack of public transportation, a booming stock market, and even fear.

“Every day the governor got up… and said you are in danger of getting sick and dying if you go out,” says Troske. “So we scared people into staying home, and we paid people to stay home.”

Even before the pandemic, Troske says employers struggled to find workers in a state with one of the lowest workforce participation rates in the country. He says in January 2020, Kentucky’s rate was 63 percent. Now it’s 60 percent. He says the roller coaster economy over the past year and a half has made it even more difficult for businesses to plan their workforce needs.

All of these factors have combined to create a “dire situation” for the state’s businesses, according to Kentucky Chamber of Commerce Vice President of Workforce Development Beth Davisson.

“Our workers are returning back on the job at slower paces than the rest of the country and our businesses are desperate for workers,” says Davisson. “Our economy can’t maintain in that type of situation. We have to get our workers back.”

Some 20 states have already stopped paying the $300 unemployment bonus offered by the federal government. Additional states are set to phase out the supplemental payment before the program is scheduled to end on Labor Day.

In late May the Kentucky Chamber urged Gov. Andy Beshear to end the bonus in the commonwealth. The organization says the average unemployment benefit in the state with the federal pandemic benefit amounts to about $17 an hour.

“None of us believe that companies should be competing with the government for wages, and right now with so many on [unemployment insurance] that’s what’s happening,” says Davisson.

So far Beshear has resisted calls to phase out the bonus. He says the extra $300 helps struggling families and injects $34 million into the state’s economy each week.

Troske says research indicates that people will stay home if they are paid to do so, but he adds that it’s uncertain how much impact the federal unemployment bonus has had on the labor pool during the pandemic.

Caitlin Blair, political and communications director for the United Food and Commercial Workers Local 227, agrees with Beshear that pulling the supplemental benefit early would have adverse impacts.

“Families need that to plug their budgets right now, says Blair, “and there are studies that suggest that this is not a major motivating factor for people staying home.”

Blair says retail, food service, and other low-wage workers who were making $8 or $9 an hour before the pandemic are less likely to return to work now for the same wages, especially if they were deemed to be essential workers during the pandemic. She says raising the federal minimum wage, which remains at $7.25 an hour and has not gone up since 2009, could help lure people back to work.

But Clark says there are risks to increasing the wage floor. He says while a higher base pay might help minimum-wage workers, increased labor costs might force employers to lay off some low-skill workers and automate those jobs.

Davisson says the issue may not be as much hourly rates as who works in those jobs. She says many minimum-wage positions were envisioned for young people entering the workforce for the first time. They are meant to be steppingstones to better jobs, not long-term careers.

“In Kentucky I think we’re keeping too many citizens in these entry-line jobs,” says Davisson, “and we’re not getting them skilled up and educated in the jobs that will matter for the future as automation now is ramping up quicker than we’ve ever seen.”

She advises state officials to use some of the federal relief aid to fund education and training programs that will prepare low-wage workers and those at risk of losing their jobs to automation for the higher skilled jobs that the post-pandemic economy will demand.

Higher labor costs could also translate to increased prices for goods and services, which Troske says would tend to be borne more by lower-income individuals. But Blair contends any price increase should be minimal. She argues that many big grocery chains and retailers can afford to pay their workers more since those companies earned record profits during the pandemic.

“When you put more money into the pockets of people who spend that paycheck, we are putting more money back into the economy,” says Blair. “It’s a win-win for everybody involved.”

Instead of ending the bonus, the governor wants to incentivize people to move from unemployment back to work. His plan is to offer a one-time $1,500 payment to eligible individuals with an active unemployment insurance claim who return to work by July 30.

House Speaker David Osborne (R-Prospect) calls Beshear’s proposal insulting to those who worked throughout the pandemic, and unnecessary since many employers are already offering bonuses and incentives to lure people back to work.

Incentives Beyond a Paycheck

Troske and Clark say there are other ways government can help low-wage workers that may be more effective than simply raising the minimum wage. As examples, they cite increasing earned income tax credits and the child care tax credit, or funding educational programs that prepare workers for higher-skilled and higher-paying jobs.

“Another very big issue we really need to consider, and talk about, and fix is child care,” says Davisson.

Even before the pandemic, Kentucky faced a dearth of child care options. More than half of the state’s 120 counties are considered child care deserts, meaning there are more children in need of care than there are available slots at child care centers.

Without high quality, accessible, and affordable child care, many parents are unable to work. The problem grew even worse during the pandemic when schools and many day care centers were shuttered for months. That left working parents in a lurch and caused many working mothers to leave their jobs to stay home and care for their children.

Davisson says improving the child care situation in the commonwealth will make it easier for parents to participate in the workforce, and help improve early childhood education.

Beyond pay and benefits, Leadership Louisville Center President Cynthia Knapek says workplace culture is a hindrance for many people.

Generational Shifts in the Workforce

Beyond the impact on women, the pandemic also accelerated a generational shift in the workforce. Troske says the combination of pandemic closures and a thriving stock market inspired some older workers to take early retirement.

Clark says others who lost jobs but wanted to continue to work simply didn’t think it would be worth their time and money to pursue retraining at this stage in their lives. And some other older workers didn’t want to risk their health by staying on the job during a pandemic, Clark adds.

Knapek says the generational shift shouldn’t be a surprise, given how many Baby Boomers are reaching retirement age. She says the younger workers who will fill those jobs will create one of the greatest “seismic shifts” employers have ever seen.

Instead of long-term careers favored by Boomers, Knapek says Generation Y and Millennial workers want to have multiple careers in their working lives, and they expect their employers to train them to take on new opportunities.

On the whole, the labor shortage may be a good thing for workers, according to Clark. He says the high demand for workers creates a situation where job seekers have more choices and options available to them.

“We are in a moment right now where workers have a considerable amount of power to find better jobs or negotiate better situations,” says Clark. “They now understand that they have the flexibility to find work somewhere else and move to another job that maybe is better, either in terms of wages or working conditions.” 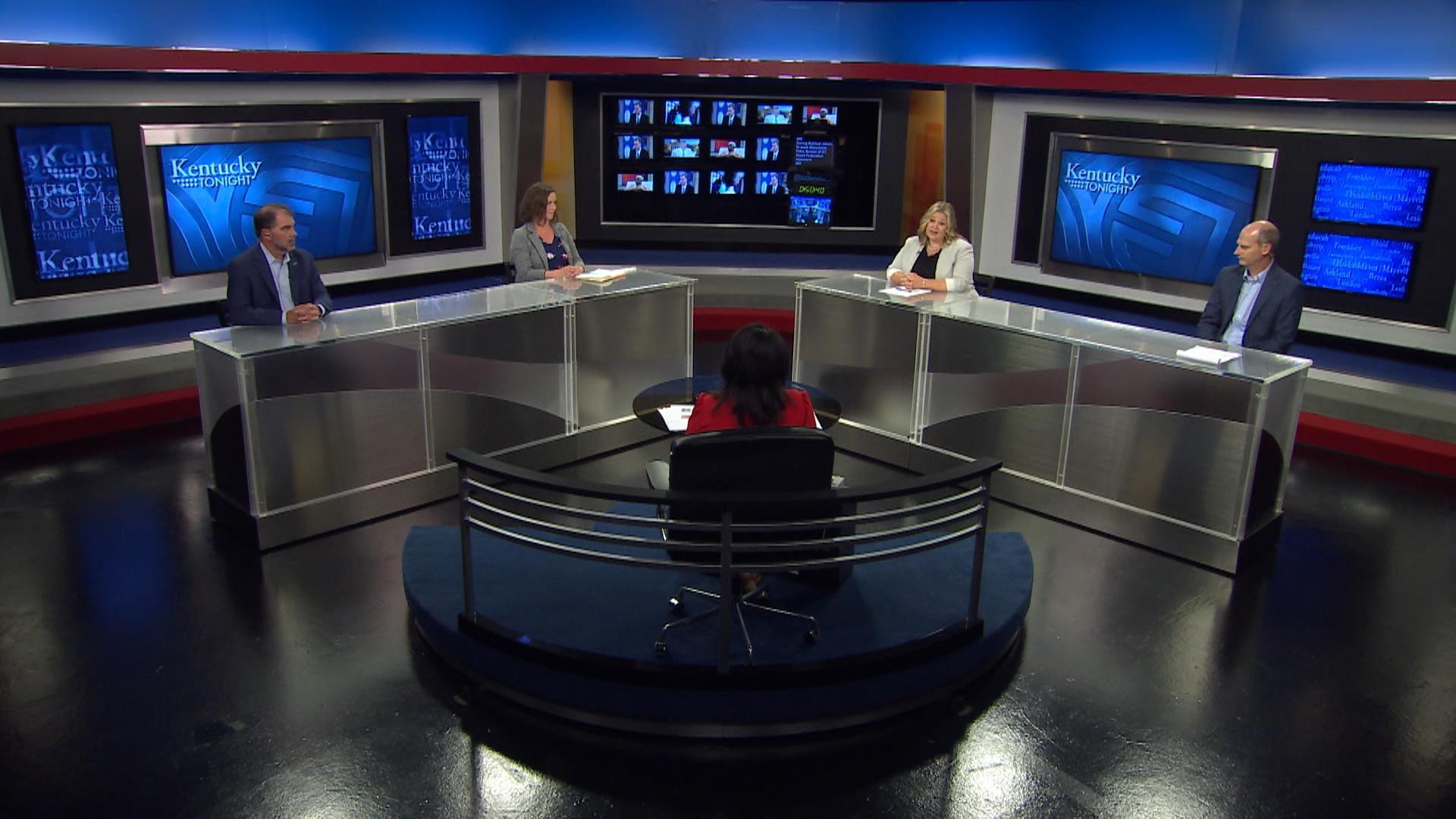