When historians and pundits look back on the 2021 General Assembly, will they write a headline about power grabs and perplexing legislative inconsistencies, or will the session be noted for important reforms and efforts to help Kentucky and Kentuckians recover from a devastating pandemic?

Although the no-knock warrant bills got more public attention, lawmakers did pass several other important criminal justice reforms. House Bill 126 raised the felony threshold for theft and fraud offenses from $500 to $1,000. Bailey says the bill represents an important step in criminal justice reform that will help reduce incarceration rates and costs, and prevent many people from having a felony on their records.

“It’s some positive momentum that people could get behind and push through,” says Bailey. “To really move the needle, we’re going to have to build on it.”

Two bills address the treatment of Kentuckians already in state prisons and after their release. Crawford says Senate Bill 84 is a follow-up to 2018 legislation that ended the practice of shackling inmates during childbirth. The new measure adds postpartum care for inmates who have given birth and bans solitary confinement for pregnant inmates. Crawford says short of execution, solitary confinement is the greatest deprivation of liberty the state can impose.

“That doesn’t make it wrong per se, but it does mean we ought to scrutinize it with the greatest seriousness,” says Crawford. “This bill starts that the process for pregnant women, and I think will start a longer conversation around solitary confinement period.”

House Bill 497 will smooth the transition for inmates back into society by providing them with certificates of employability and new photo IDs. Watts says the new IDs are crucial to helping former felons find work.

“Think about getting out of prison... and you go to apply for a job, and the only form of ID you have is a mug shot,” says Watts. “We weren’t really setting people up to succeed.”

The legislation also provides liability protections for employers who hire the formerly incarcerated.

Other actions provided mixed results. Bailey says House Bill 402 raises the threshold for flagrant nonsupport of children, which he says should reduce the number of impoverished people being jailed for being unable to pay child support. But another measure, Senate Bill 65, will cut off food assistance to children whose parents are behind on their support payments.

Going into the session, Brooks says he was confident lawmakers would finally establish an age at which a child can be held accountable for their actions. Kentucky is one of the few states without such an age limit, according to Brooks. Instead, he says such legislation couldn’t even get a committee hearing this year.

“We can lock up six-year olds when we know that states like Texas and Alabama, not exactly known as radically left-leaning states, have enacted juvenile adjudication age limits,” says Brooks.

In the early days of the COVID-19 pandemic, Kentucky had the biggest share of unemployed workers of any state in the nation. Even now, the commonwealth still has 100,000 fewer people employed than a year ago.

Families continue to struggle as well. Brooks says two-thirds of families have less income than they did before the pandemic, and more than a third of families still struggle to make their rent or mortgage payments. Even worse, 22 percent of the state’s children didn’t have enough food to eat last week, Brooks says.

Kentuckians as well as the state and local governments benefitted from millions in federal assistance from the CARES Acts. Now the state stands to receive another $2.6 billion from the American Rescue Plan passed by Congress in early March.

But there’s uncertainty about who will determine how that money gets spent. The Republican-controlled legislature included language in the new state budget that says lawmakers will decide how to appropriate those relief funds. If Gov. Andy Beshear, a Democrat, tries to spend it without legislative approval, the state budget office would face a $900,000 fine.

Crawford says while the governor could act quickly, his actions wouldn’t follow the same deliberative process.

“When you’re talking about billions of dollars, it’s really only appropriate for the legislature to do that, regardless of what the circumstances are,” says Crawford.

Brooks contends Kentuckians who are suffering shouldn’t have to wait for a legislative process to play out.

“Let’s be very clear that what kids are facing and what families are facing is a crisis,” says Brooks. “Kentucky’s families cannot wait... They need relief yesterday.”

In addition to funding broadband internet service for all Kentuckians, Brooks says lawmakers should use the federal money as seed capital to invest in expanding the dependent child credit and implementing a refundable earned income tax credit – tax policies that he says will help families and the state budget.

But Bailey says the state must use caution in considering any new tax policies. Language in the American Rescue Plan prevents states from using those federal dollars to fund tax cuts. He says lawmakers have already approved some $650 million in tax breaks, including last-minute incentives for the film and television industry, and money to renovate Louisville’s Seelbach Hotel.

“A lot of states are stopping passing any more tax cuts… so that they don’t get dinged and have their federal aid reduced,” says Bailey. “We can’t give this opportunity away because it’s not coming back. This is a one-time chance.”

Watts says the biggest concern for the business community is unemployment insurance. Because of record numbers of claims filed last year, the state depleted its Unemployment Insurance Trust Fund and got a $700 million loan from the federal government to cover benefit payments. As a result, businesses already hit hard by the pandemic are facing starkly higher unemployment insurance costs.

“If we really want to make sure that we get people back to work, get back businesses back online,” says Watts, “we need to look at the Unemployment Insurance Trust Fund, and I think that really is a bipartisan issue.”

Watts says she would allocate about $1 billion of the American Rescue Plan money to pay off the federal loan and replenish the UI trust fund. She says the state should also invest in broadband expansion and infrastructure improvements. She says creating jobs, attracting new businesses, and ensuring existing businesses survive the pandemic is the best way to help struggling families.

The Chamber also wants the state to reinstate the condition that those on unemployment actively search for work. That requirement was suspended for the pandemic, but Watts says employers are eager to have people apply for the thousands of jobs currently open in the state.

The panelists split on House Bill 563, which would enable students to attend a school outside of their home districts. It also creates so-called education opportunity accounts to provide financial assistance to impoverished families that want to send their children to a different school or get other academic training not otherwise available to them. Eligible students in the state’s largest counties could also use the money to attend a private school. The state will provide a tax credit of up to $25 million for individuals who donate scholarship funds.

“It’s a step toward dismantling our public education system,” says Bailey. “What we’re doing is we’re taking money out of the General Fund that goes primarily to education and we’re giving it to private entities funded by large, wealthy donors.”

Crawford contends the tax credit will not hurt public schools because the $25 million cap is a tiny fraction of the $8 billion that public education in the commonwealth receives from federal, state, and local sources. Plus he says funding a tax credit does not take money away from the per-pupil funding that school districts receive called SEEK.

Brooks says similar programs in other states have provided critical academic assistance to children with severe handicaps. At the same time, though, he fears Kentucky’s money could wind up going to wealthier families who don’t necessarily need financial aid. Brooks says students who receive these funds should have to take all of the state’s accountability tests so that their academic performance can be tracked against other public school students.

Shifting the Balance of Political Power

Lawmakers also passed several bills to shift certain powers from the state’s governor to other executive branch offices or to the legislature. Crawford says these changes are result of long-standing tensions between the executive and legislative branches of government, and unique circumstances brought on by the pandemic.

Bailey says the bills are simply partisan politics by a Republican-dominated legislature against a Democratic governor. He says the pandemic made clear the need for a chief executive who can act quickly and decisively in an emergency, rather than waiting for 138 lawmakers to legislate a response.

Watts says Chamber members are more interested in legislation getting passed than how the branches of government share power.

“I think Kentuckians want policy that will get people back to work and recover, not political fighting,” says Watts.

From the separation of powers debate, Brooks hopes a new paradigm will emerge for how lawmakers and governors work together.

“Maybe, just maybe a new form of thinking and strategy could emanate from this current food fight that we’re seeing,” says Brooks. 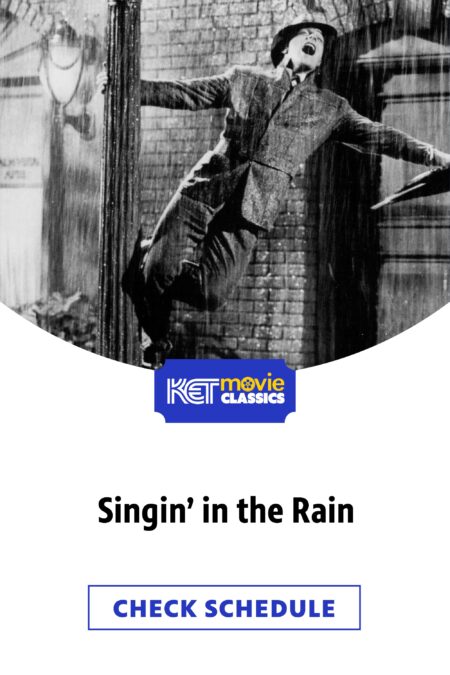 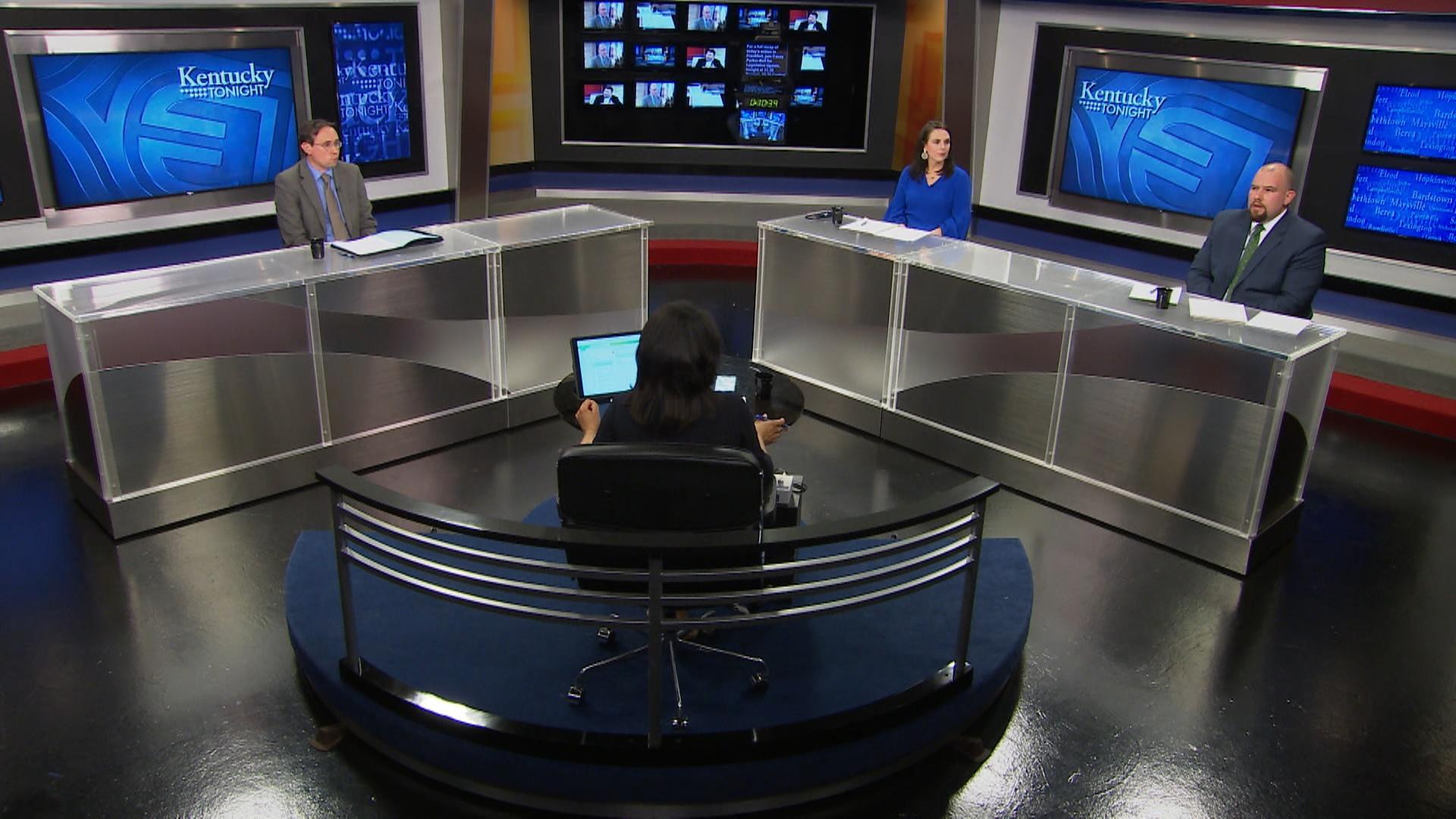