Finding the Balance Between Public Health and the Economy

As our nation continues to battle the COVID-19 pandemic, there’s a tug of war playing out between those who want a quick reopening of businesses to reboot the national economy and those who say a more cautious approach is needed to protect public health.

In Kentucky, some health care services have already reopened, while many businesses will be allowed to resume operations over the next two weeks. Those that do reopen have specific protocols they need to follow to protect employees and customers from the coronavirus.

“We simply don’t know the scope of how contagious it is or could be because we’ve had these fairly heavy-handed but effective stay-at-home orders in Kentucky and elsewhere,” says Aaron Yelowitz, a professor at the University of Kentucky Gatton College of Business and Economics and a senior fellow at the Cato Institute.

Yelowitz co-authored a recent study for UK’s Institute for the Study of Free Enterprise about the effectiveness of state government policies during the pandemic. It found that Gov. Andy Beshear’s Healthy at Home strategy combined with closures of restaurants, bars, and entertainment-related facilities saved an estimated 2,000 lives and resulted in some 40,000 fewer cases of COVID-19. He says those policies reduced interactions among people, which prevented a wider spread of the coronavirus. But his study also says school closures and bans on mass gatherings did little to contain the disease since people likely pursued alternatives to those social interactions.

“There’s no doubt that social distancing has positively impacted the spread of coronavirus – that’s not in dispute,” says Pegasus Institute Executive Director Josh Crawford. “What is in dispute is the extent that specific government actions resulted in reduced cases, reduced deaths and how many.”

Crawford says the restrictions enacted by the Beshear Administration have resulted in unemployment for a third of Kentucky’s labor force, and a $433 million hit to state revenues in April alone. He contends Kentucky needs to reevaluate its policies and follow the example of states like Tennessee, which he says enacted fewer closures and restrictions, yet have had 40 percent fewer deaths per capita than Kentucky.

“We’re talking about using a scalpel here, not a sledgehammer and allowing people to do what they feel is best for their families while we protecting our most vulnerable citizens,” says Crawford.

The Risks of Reopening

Georgia became one of the first states in the nation to lift restrictions, allowing some businesses to reopen on April 24. Gov. Brian Kemp drew praise and criticism for that decision.

The public health results for Georgia have been mixed so far. While the state has experienced a 41 percent increase in coronavirus cases, Crawford says there’s been no accompanying spike in hospitalizations or deaths. He contends the higher case rate is due to more testing, not a greater prevalence of the virus among Georgians.

But University of Alabama-Birmingham epidemiologist Dr. Michael Saag says it’s too soon to tell the full impact of Kemp’s policies in Georgia. He says it takes from five to fourteen days for a person who has been exposed to the coronavirus to develop symptoms. That means it could take three to four weeks from reopening to see a dramatic spike in cases. Saag says Georgia has made a “huge mistake.”

“They’re going to be suffering mightily in the next month or two, and I’m very worried about not just them but the entire country,” says Saag.

Kentucky, on the other hand, is following a more rational approach to reopening, says Saag. He praises Gov. Beshear for taking actions that flattened the curve of cases. But Saag fears the rush to lift restrictions in states across America will have dire consequences. He cites one study that estimates the U.S. could experience 200,000 new cases a day by early June. He says the one-day peak so far was on April 24, which saw 37,000 cases.

“The best public health policy will be the best economic policy when you’re dealing with a pandemic,” Bailey says.

“The worst thing we can do for economy is have that second spike,” he says. “That is going to further reduce confidence, it’s going to delay and deepen the extent to which we’re in a recession, and make the problem that much worse.”

Protecting Workers on the Job

The Beshear Administration has outlined 10 general steps for businesses to implement before reopening. These range from providing face masks and daily temperature checks for employees, to allowing more telework and enforcing social distancing for on-site workers. Some sectors have additional guidelines specific to follow.

“Workers are going to be continued to be put at risk in these facilities no matter what kind of approach that we take and what kind of precautions that are put in place,” says Bill Londrigan, president of the Kentucky State AFL-CIO.

The union leader says its crucial for workers to participate in discussions about safe operations during the pandemic, especially in workplaces that already have experienced high case loads like slaughterhouses, prisons, and long-term care facilities. Beyond personal protective equipment (PPE) and social distancing, Londrigan says employers should also commit to testing employees, doing contact tracing for those who test positive, and protecting whistleblowers who report workplace safety concerns.

“In some other states, we’ve seen a lot of these employers run roughshod over workers and really hold them hostage in situations where they’ve been put at extreme risk,” says Londrigan. “Here in Kentucky it seems like we actually have had some employers at least willing and trying to make the changes necessary in order to mitigate the exposure that workers are experiencing.”

Another challenge, says Bailey, is that many workers don’t receive sick days. That leaves low-wage employees having to choose between working while sick or earning no pay.

“Kentucky has no paid sick day law; in fact we bar local governments from putting in place paid sick-day requirements,” says Bailey. “So a lot workers don’t have them beyond what the federal government has temporarily provided to some workers.”

Yelowitz says wages and sick-leave benefits are important issues, but not things that will help flatten the COVID-19 curve. He argues that any workplace policies that are enacted should be well-defined and time-limited.

“Over the last several months, businesses, especially small businesses in Kentucky, have been put through the meat grinder,” says Crawford. “We ought to do things to try to make rehiring workers easier and less expensive to business, while not compromising things like wages and benefits for employees.”

But just because government restrictions are lifted and businesses reopen doesn’t mean consumers will revert to pre-pandemic activities and spending habits. Bailey says public polling indicates that 70 percent of Americans still fear that they or someone they know will contract the virus. He says that may be the bigger factor in whether people stay home or go out and spend money.

“Voluntary social distancing, that hurts the economy and will continue to hurt the economy regardless of what any government does,” says Bailey. “So we are in for a weak economy whether we like it or not.”

Yelowitz agrees. He says the economic rebound will be “pathetic” until people feel comfortable going out in public. He says Americans have to accept that we won’t return to life as we knew it last year.

“There’s not the old normal anymore,” says Yelowitz. “There’s a new normal, which is we have COVID-19 where there is increased risk everywhere from doing anything."

While some treatment options like the antiviral drug Remdesivir have shown some benefit in early, limited clinical trials, Saag says a coronavirus vaccine or treatment is likely at least six months away. The job is made even more difficult, he says, by how little researchers know about the new disease and the human response to it.

“Having this virus is a monster,” says Saag, who recently recovered from COVID-19 himself. “For us to get to the point where we can do those things that we love like sports and going to restaurants, we’ve got to have control of this, and we’re a long way from that right now.” 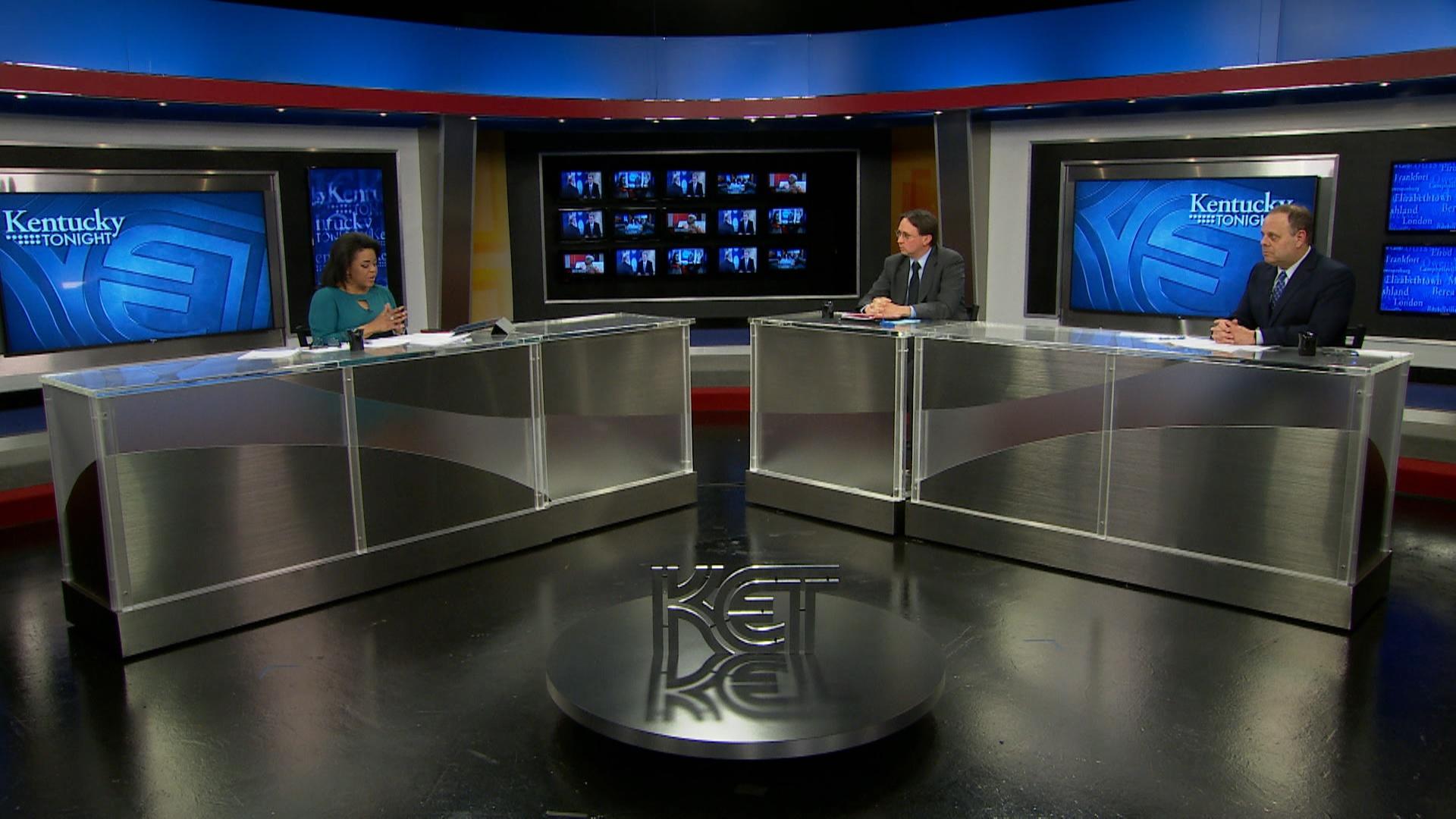