Top Issues in the 2017 General Assembly

It’s getting down to crunch time.

With just 10 days left in this year’s General Assembly session, lawmakers are scrambling to move dozens of bills through to passage.

Tweaking Louisville Government
It’s been 14 years since the governments of Louisville and Jefferson County merged to form Metro Louisville. Now Senate Bill 222 seeks to revamp several aspects of how that city’s Metro Council and mayor’s office would work.

The bill includes a provision to create a deputy mayor who could step in to temporarily serve as mayor in case of a vacancy in that office. SB 222 also gives the Metro Council powers to investigate and subpoena a mayor’s administration, and allows the council to remove mayoral appointees and agency leaders on a two-thirds vote.

Louisville Mayor Greg Fischer, a Democrat, says SB 222 is unnecessary and amounts to micromanaging of city government. Some fellow Democrats even labeled the measure a “war on Louisville.”

Sen. Thayer says that’s a “ridiculous assertion.” He says the bill is the result of a bipartisan effort among Louisville lawmakers both on the Metro Council and in Frankfort to clarify a number of points on how metro government should operate.

“The General Assembly… authorized the metro council form of government and then it was adopted by the City of Louisville,” says Thayer. “So if there are changes or tweaks that need to be made, it is wholly appropriate for members of the Metro Council to come back to the Kentucky General Assembly in Frankfort and ask for some of those changes.”

Several of the more controversial provisions have been removed from the bill, including one that would have limited mayors to two consecutive terms, instead of the current three-term limit. Sen. Ridley agrees that the bill was an attack on Louisville but concedes parts of the measure do have merit.

“I will say that the sheer fact that we didn’t have a vice mayor in Louisville is an issue,” Ridley says, “and I think that it was necessary for us to correct that.”

The measure passed the Senate on a party-line vote last Friday. Thayer says he expects further changes to the bill as it makes its way through the House.

Neighborhood Schools
Another bill largely targeting Louisville, the state’s largest city, would allow parents to send their children to schools closest to their homes rather than having them taken by school bus to more distant schools.

Thayer says House Bill 151 is crucial to giving parents more choice, especially in Jefferson County, which he says has 18 persistently low-achieving schools. Rep. Stone worries the bill could create staffing and facilities issues if too many children try to attend the same school.

The Democrat also contends the state should not preempt school assignment plans developed by local school boards. Stone says that’s especially important in Louisville, where administrators have worked for years to diversify racial populations in the district’s schools.

“We don’t want to re-segregate the schools in Jefferson County through legislative action or otherwise,” Stone says. “That battle has already been fought and I hope won, so we don’t want to do anything that damages the progress that’s been made there.”

Although HB 151 was envisioned for Louisville schools, Stone says he fears it could also be applied to other districts in the future.

The bill passed the House last week, 59-37. It awaits a hearing in the Senate Education Committee.

Charter Schools
There are three measures before the legislature to create public charter schools in the commonwealth. The one that appears to have the most momentum heading into the home stretch of the session is Campbellsville Rep. John Carney’s House Bill 520 .

It gives local school boards the ability to authorize charters in their districts. If local officials deny a charter application, organizers can appeal their request to the state Board of Education. Gov. Matt Bevin and state Education and Workforce Development Cabinet Secretary Hal Heiner have both endorsed HB 520.

Charters would be exempt from many traditional public school regulations but would still have to meet academic goals as well as health, safety, and civil rights requirements. The goal is to give charters greater flexibility to help students perform better.

Ridley says previous public school reforms bills in 1990 and 2009 had great success at improving K-12 education, so he thinks lawmakers should wait to see how low-performing schools fare under this year’s Senate Bill 1, which proposes a sweeping overhaul of curriculum standards and accountability. He also worries that new charter schools could drain funds from existing traditional schools, especially in rural districts.

“I just don’t want to give any of our precious resources of money to another attempt with charter schools,” says Ridley. “I think we’ve got to keep our money with our current system.”

Supporters of charters say traditional schools have failed too many children, especially in urban schools that perennially under-perform or in districts that have significant achievement gaps among poor and minority students. Thayer says the charter concept has proven successful at addressing those issues for inner city students in places like Baltimore, Indianapolis, and Cleveland.

“Why wouldn’t we do what we know works,” Thayer says. “The defenders of the status quo need to be willing to accept charter schools as an option to improve educational attainment for our kids in failing school districts.”

Thayer says he doesn’t see a proliferation of charter schools in Kentucky if the HB 520 passes. He expects them to form in areas of greatest need, such as in predominately minority neighborhoods of West Louisville. Thayer says companies that have proven track records with building, staffing, and administering such schools would operate the charters.

Stone agrees that schools which are failing must be addressed, but he contends that should be done within the existing public school system.

“Time is of the essence,” Ridley says, “but that doesn’t mean that we need to go to Wall Street or somewhere else and find someone who has a model that they think they can bring and apply to us,”

HB 520 is awaiting a vote in the House Education Committee.

Higher Education
Two measures before the General Assembly would change how public universities and colleges are funded, and give governors more authority over the boards of those institutions.

Senate Bill 153 would allocate funding to state universities and the community college system based on how they perform on a series of metrics. Those measures include overall degrees and credentials awarded; degrees awarded in science, engineering, and health-related fields; degrees earned by poor and minority students; total credit hours earned by students; and other factors.

Thayer says all the school presidents have signed off on the funding formula, which would apply to 5 percent of an institution’s funding for fiscal year 2018. He says he expects the formula to apply an increasing percentage of school appropriations in the future.

The Senate approved SB 153 on a 36-1 vote. It’s now before the education committee in the House.

Ridley says he wishes the bill applied to only new moneys going to the schools and not to their existing base funding. Stone adds that he thinks the formula should also take into account the different missions of schools. Morehead State University President Wayne Andrews told lawmakers he’s concerned how the new approach could affect regional universities that have more students who need academic remediation.

And Senate Bill 107 would empower the governor to remove individual board members or entire boards at the state universities, from the Kentucky Community and Technical College System board, the Council on Postsecondary Education, and the state Board of Education. One goal of the bill is to ensure that the boards have the proper racial and political representation as mandated in state statute.

Since the bill’s introduction in early January, its sponsor, Senate President Robert Stivers (R-Manchester), has added more detail to the procedures for removal of boards or members. A governor would need to have just cause for the removal, which the board members could appeal.

The bill has passed the Senate and awaits action by the House. Stone says it’s important that the measure not conflict with any accrediting guidelines from SACS, the Southern Association of Colleges and Schools. 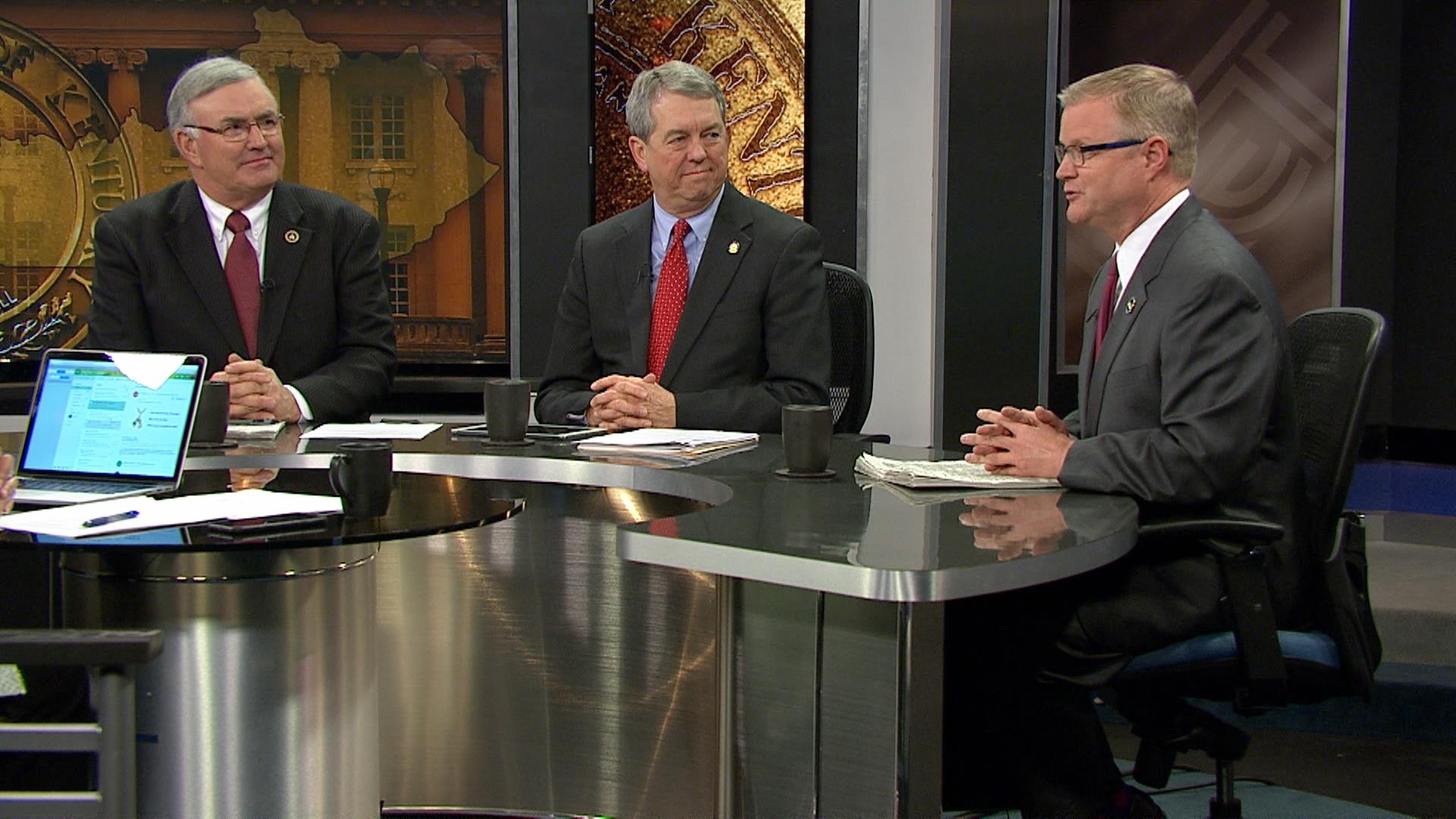